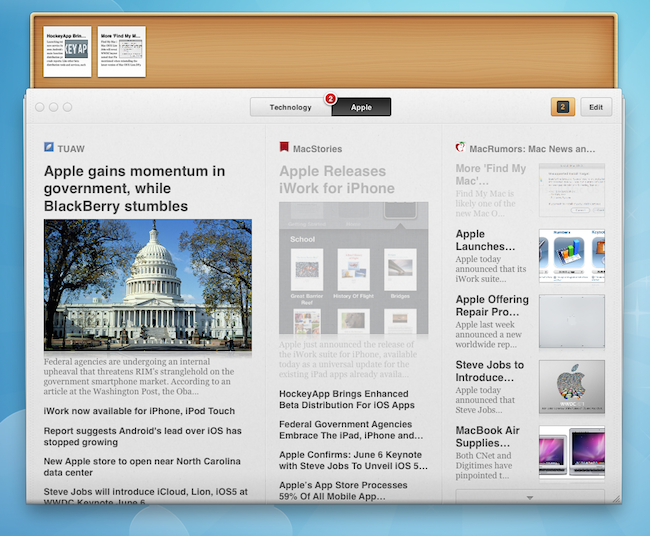 Times, the visual news reader for Mac that came to the iPad last year, received a major update earlier today which sees the application becoming Pulp for Mac 2.0 following the re-branding on the iPad version, and the introduction of a new cloud sync service to keep settings, articles and sources in sync across the Mac client and the tablet counterpart. I’ve been testing the new Pulp for Mac for a few months, and I’m positively impressed with the quality of cloud sync and reading experience the Acrylic Apps developers have built into this latest version. First off, the new Mac app looks just like Pulp for iPad, only running on a Mac: if you followed the development of Times / Pulp with our previous coverage, you know what to expect: you can create pages to organize content sources by topic, organize feeds and articles with different layouts, as well as import websites from Google Reader if you don’t feel like entering a website’s name manually (which takes seconds, by the way). More importantly, the release of Pulp for iPad brought the possibility of reading articles with the Magic Reader, a feature that strips away all the clutter from webpages and displays truncated RSS articles in their entirety without any manual fiddling. Pulp for Mac does everything the iPad version did, it’s got the shelf to save articles for later and syncs everything via the cloud.

The cloud service is free, and can sync “your pages, feeds, read articles, and other settings in sync on all of your Macs and iPads”. It’s that simple: every change that’s either made on the iPad or Mac is pushed to the cloud instantly, and received on the second device in seconds. I have tested this with articles, pages and the shelf interface and it worked really well. The cloud sync can be enabled or disabled in the Settings. 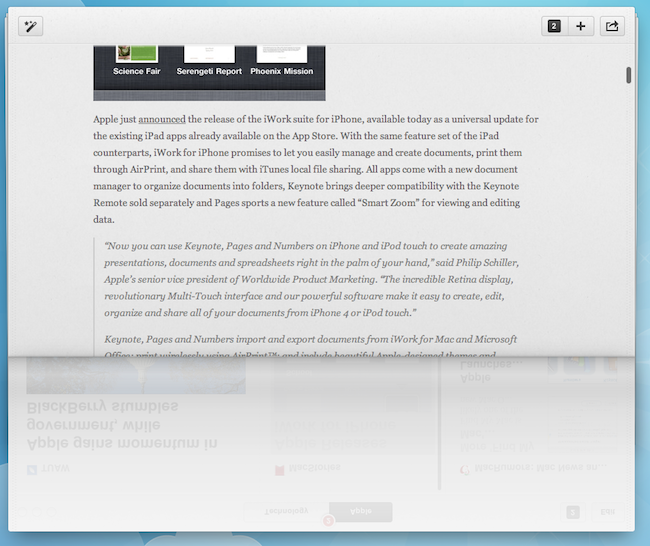 I don’t particularly appreciate the page-curling effect on the Mac as I believe it wastes too much real screen estate, but the rest of the interface is really minimal, elegant, and easy to scan through. Pulp can’t be compared to other news readers like Flipboard that plug into your social streams to deliver a magazine-like experience – instead, Pulp is more focused on single websites and RSS, and on letting you build a personalized newspaper that’s now in sync with the iPad, which also received a Pulp updated today to version 1.3. If you’re already a Pulp for iPad user, you should check out the free trial for Mac and see how cloud sync and the new app work for you. If you don’t own Pulp, I still recommend you start off with the iPad version, and later consider an upgrade to the desktop application which, by the way, is an excellent port of the iPad app.