The response to last year’s awards from readers and developers was fantastic, so this year we’ve decided to expand the MacStories Selects with a few new categories and some surprises that we aren’t ready to reveal just yet. 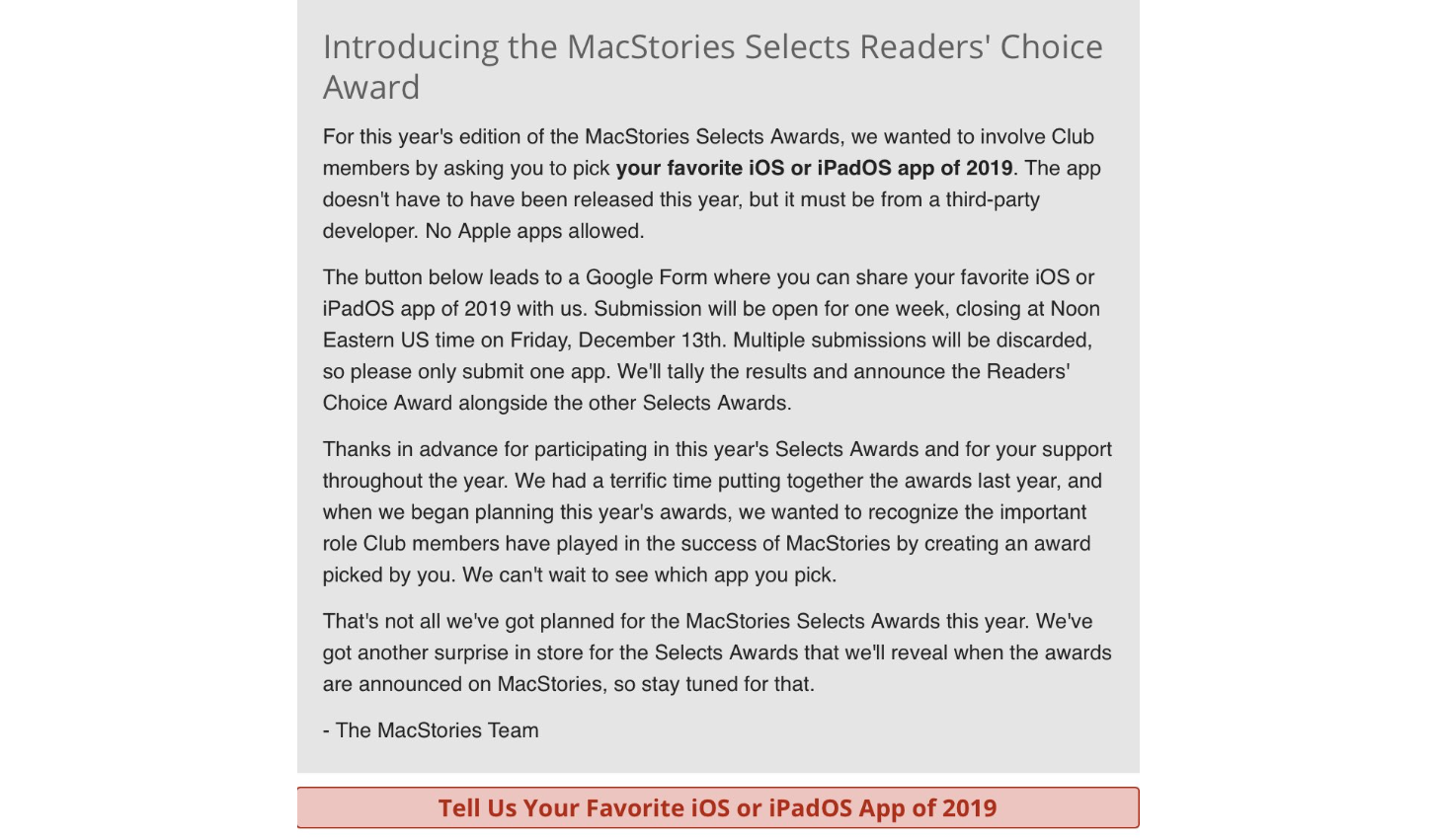 Club MacStories members can find the link to vote for the Readers’ Choice Award in Issue 203 of MacStories Weekly.

One of the new categories that deserves a special mention, though, is the Readers’ Choice Award, which will be awarded to an app chosen by Club MacStories members. If you’re a Club member, please take the time to use the link in Issue 203 of MacStories Weekly that was sent to members last Friday, December 6th to vote for your favorite iOS or iPadOS app from a third-party developer. You can find Issue 203 in the MacStories Weekly Archives. We’ve had a tremendous response so far, but would love to have an even broader group of members participate.

Every year, we look at hundreds of terrific apps on all of Apple’s platforms, and MacStories Selects is our way to call out a handful of our absolute favorites. It’s the perfect way to cap off the year as the new one approaches. We look forward to sharing our selections and our Club members’ pick very soon.