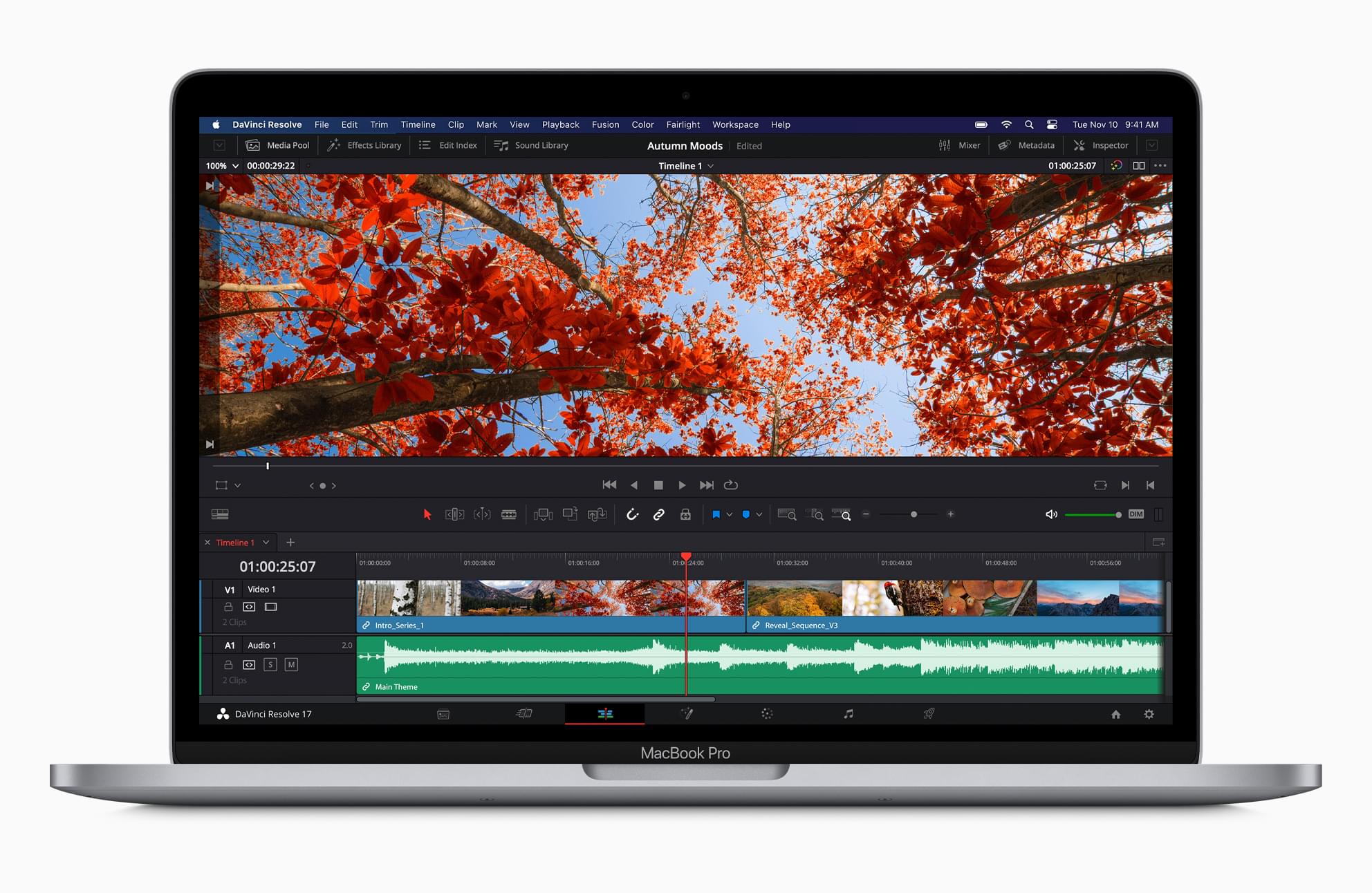 Before today’s event, little was known about the Apple silicon Macs that the company promised to release by the end of the year. Today, during an online presentation hosted by CEO Tim Cook from Apple Park, Apple took the wraps off its new M1 chip, which powers the new MacBook Air, 13” MacBook Pro, and Mac mini. 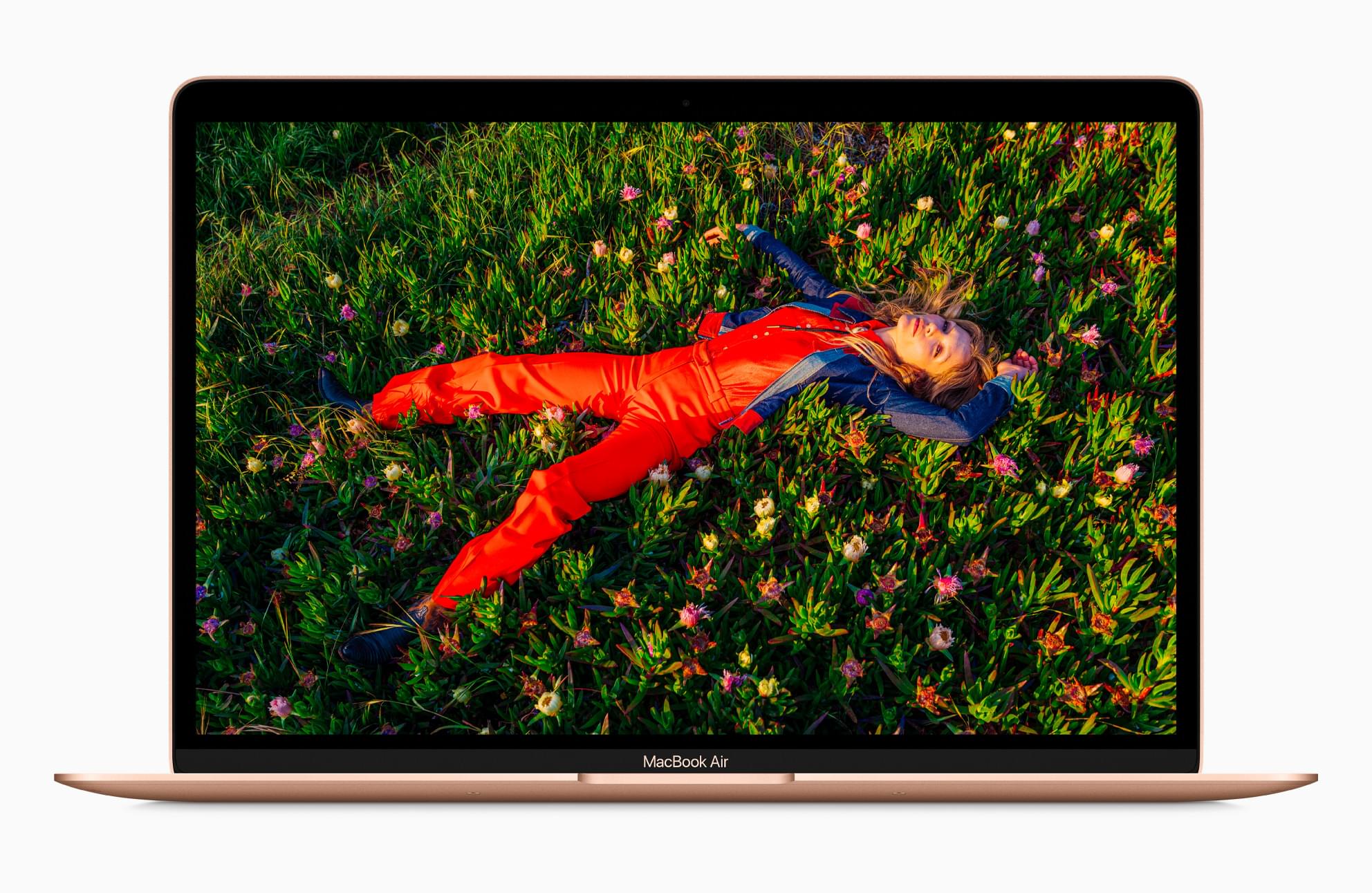 The first computer revealed during the event was the MacBook Air, Apple’s best-selling, most-portable Mac. As we covered separately, the new Air is powered by Apple’s M1 SoC designed by the company for Apple’s smallest Macs. The M1 is built using a 5-nanometer process, houses 16 billion transistors, and includes a CPU and GPU, both of which have 8 cores, and a 16-core Neural Engine for handling machine learning tasks. Apple says the M1’s CPU can achieve the same performance as a comparable PC laptop running at full speed at just one quarter of the power. Likewise, the M1’s GPU performs at just one-third the power as comparable PC GPUs running at full speed.

The result is a MacBook Air that Apple says is faster than ever, has longer battery life than ever, and has no fan. That’s right, no fans at all, making the MacBook Air’s thermal design closer to an iPad Pro than any other Mac.

The MacBook Air, which comes in Space Gray, Gold, and Silver, retains its small, lightweight design, weighing in at 2.8 pounds (1.29kg). The case is just under 12 inches wide, a little over 8 inches deep, and ranges from .16 inches to .63 inches in height due to its tapered profile.

The display is a 13.3” (measured diagonally) LED Retina display that uses IPS technology. The native resolution is 2560 x 1600, which works out to 227 pixels per inch. The display supports 400 nits brightness, P3 color, and Apple’s True Tone technology too.

There are two MacBook Air SoC options available, one with a 7-core GPU and the other with an 8-core GPU. Otherwise, the M1 chips in the two models are the same. According to Apple, the Air’s CPU is up to 3.5x faster, its GPU is up to 5x faster, and the Neural Engine is up to 9x faster than previous models.

The 7-core GPU model is available in 256GB, 512GB, 1TB, and 2TB SSD storage configurations, while the 8-core GPU model starts with 512GB of storage and offers 1TB and 2TB SSD options too. Apple says the storage is up to two times faster than the previous model. Base configurations include 8GB of unified memory, which can be increased to 16GB and is shared by the CPU, GPU, and Neural Engine.

Apple says the Air’s battery lasts up to 15 hours when wirelessly surfing the web, up to 18 hours of movie playback in the TV app, and charges with an included 30W power adapter. There are two Thunderbolt/USB 4 ports and a 3.5mm headphone jack. 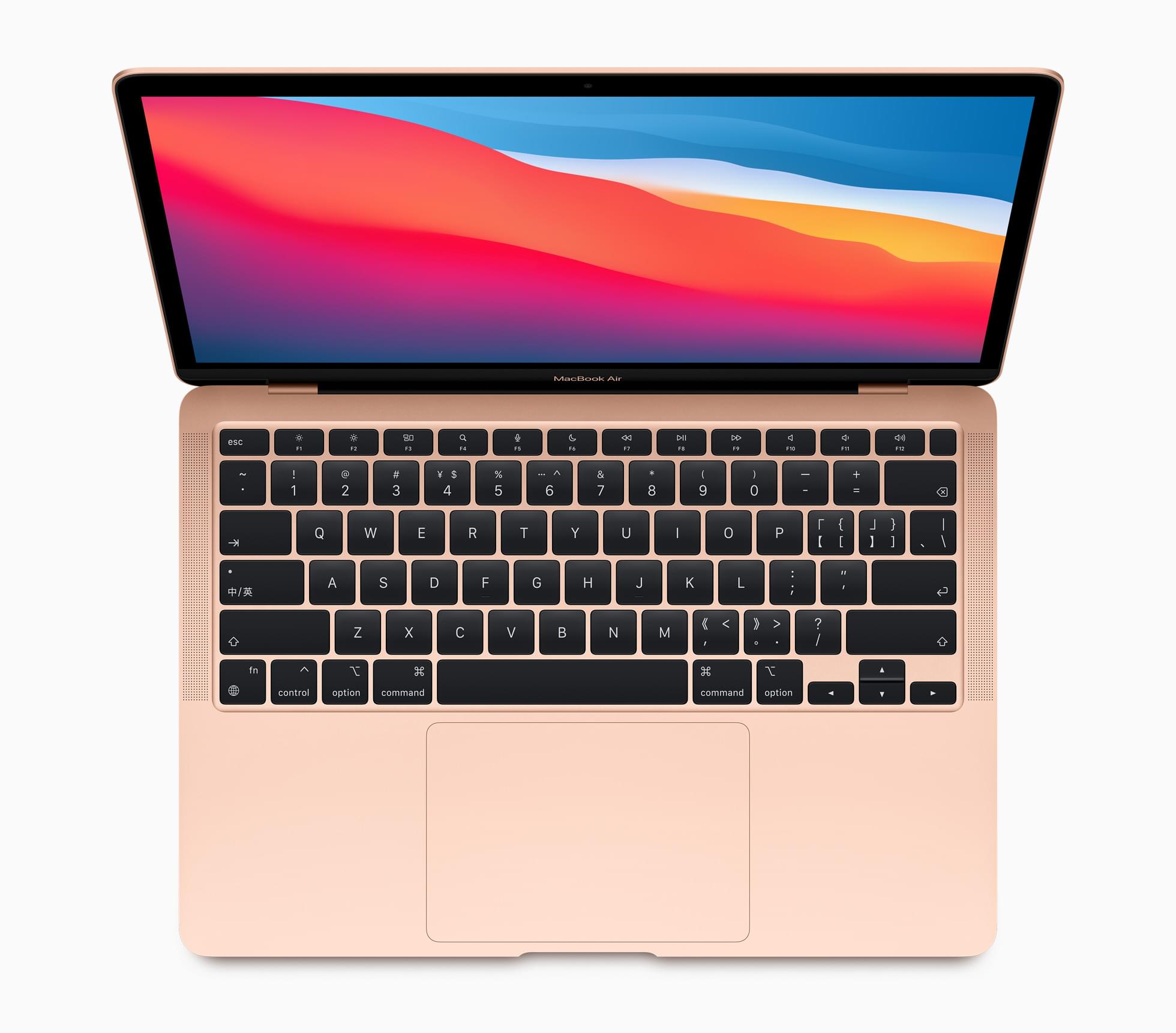 The MacBook Air includes new Spotlight, Dictation, and Do Not Disturb function keys.

The Air starts at $999 and can run as much as $2049 if configured with the higher-end M1 SoC and highest memory and storage options. The MacBook Air is already for sale, with deliveries beginning November 17th. 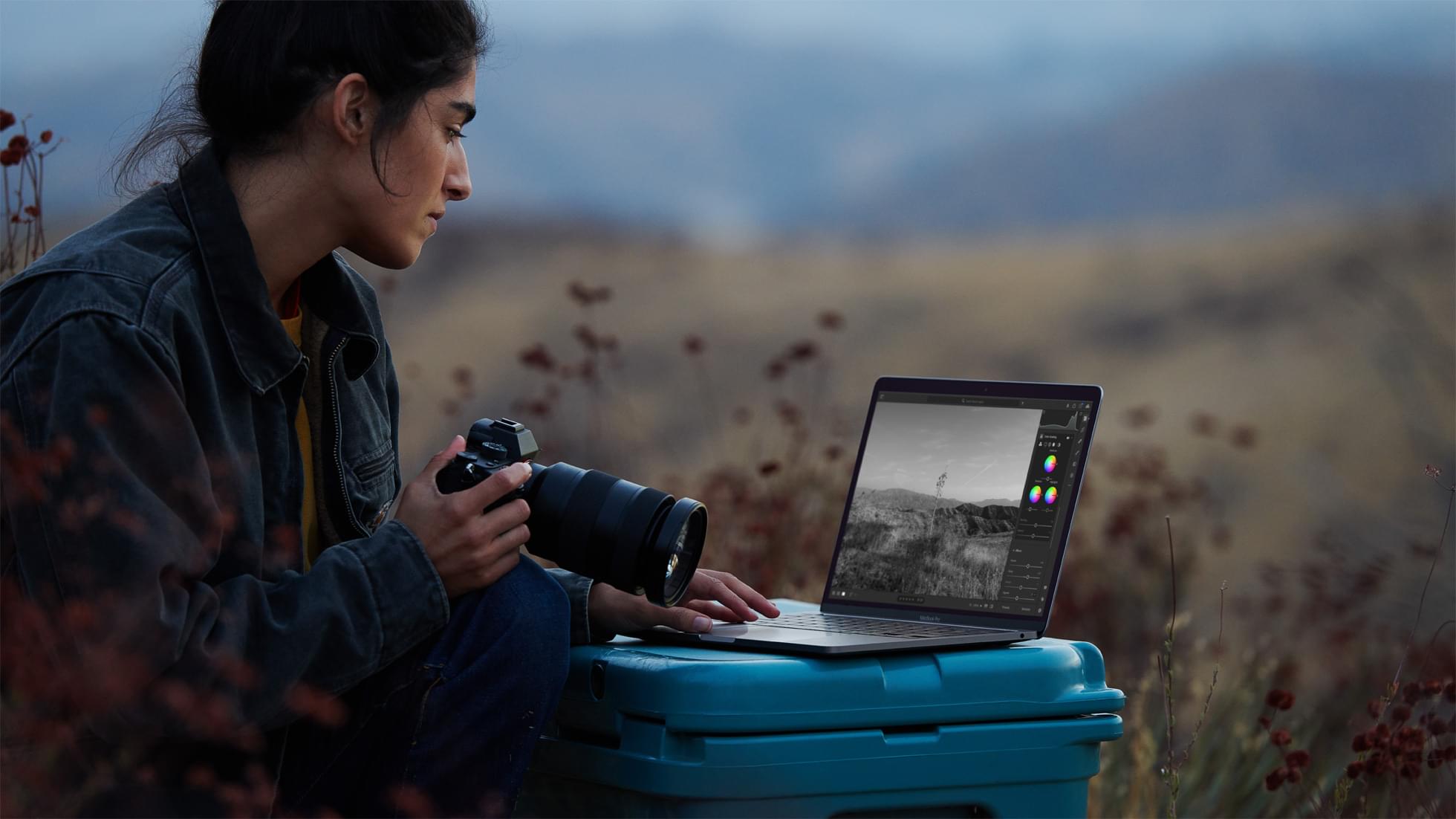 The new 13” MacBook Pro comes in Silver and Space Gray is a little heavier than the MacBook Air at 3 pounds (1.4kg) with the same width and depth, but a little thicker at .61 inches.

Unlike the Air, the Pro has just one M1 chip option that has an 8-core CPU, 8-core GPU, and 16-core Neural Engine. Apple’s product page claims up to a 2.8x performance increase for its CPU, an up to 5x increase in GPU speed, and an increase of up to 11x in machine learning speeds for its Neural Engine.

Storage starts with a default 256GB SSD that can be configured to 512GB, 1TB, or 2TB with the same performance increases reported for the MacBook Air. Unified memory starts at 8GB, too, with 16GB available as an upgrade option. Like the Air, there are also two Thunderbolt/USB 4 connections and a 3.5mm headphone jack. The display is the same as the Air, too, except brighter at 500 nits. 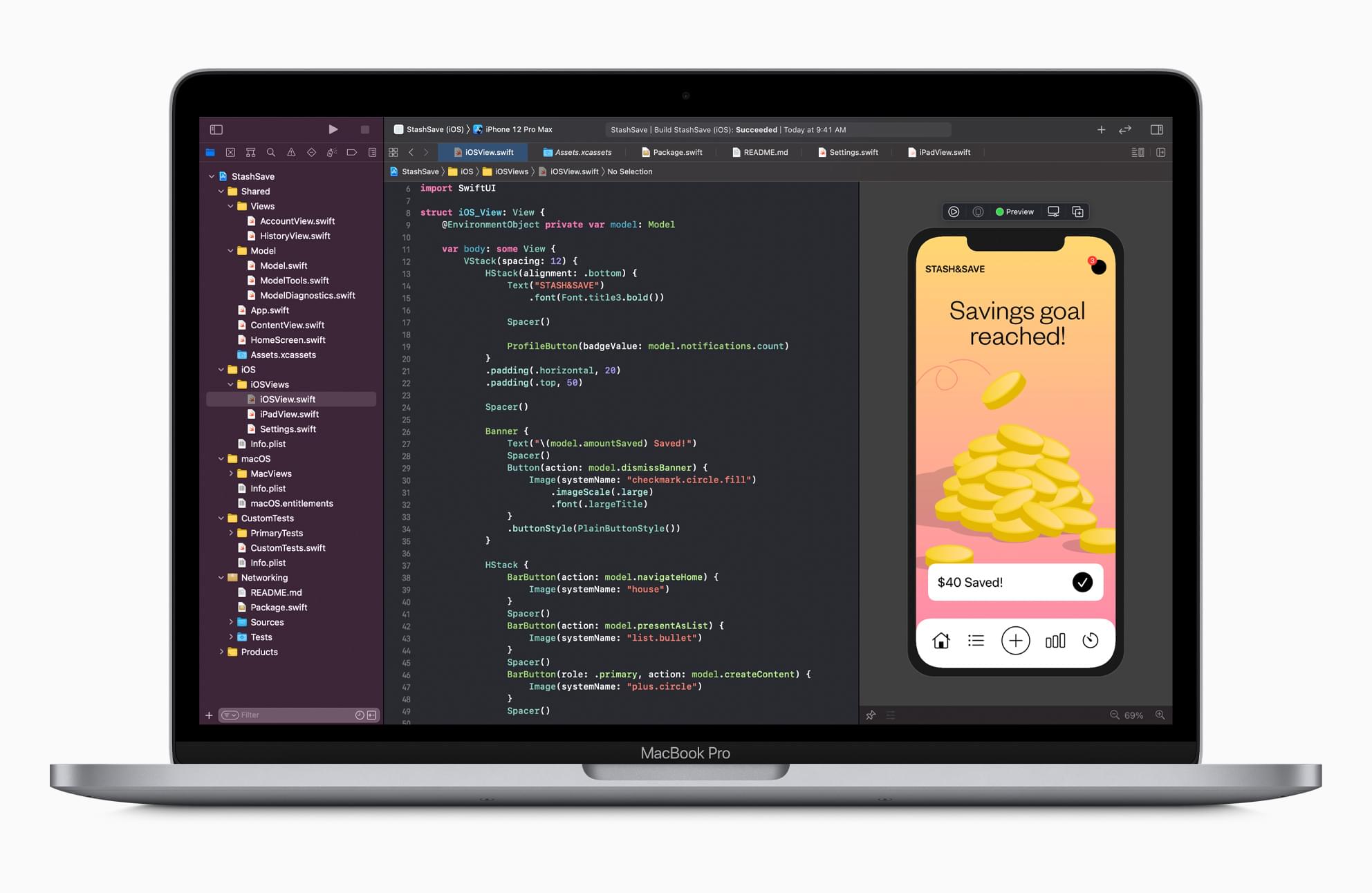 Apple lists the MacBook Pro’s battery life as 17 hours of wireless web surfing or 20 hours of movie playback in the Apple TV app, which is a couple of hours better than the thinner MacBook Air on both counts. The MacBook Pro also adds high dynamic range audio playback to the mix too.

The MacBook Pro starts at $1299 and can run as much as $2299 if configured with the highest memory and storage options. The MacBook Pro is already for sale, with deliveries beginning November 17th.

Apple’s new M1 laptops are fascinating. The performance increases that Apple reports are substantial, yet in many ways, the two laptops are more similar than different. Of course, the SoC is the same, but so are the number of ports, and storage and unified memory options. Undoubtedly that is why the Intel-based 13” MacBook Pro remains in the lineup. The reported speed increases in the M1 model are impressive, but if you need more I/O, storage, or RAM, the Intel model may still be your best bet.

Personally, I’m most intrigued by the MacBook Air. I love the idea of a fanless Mac, and the performance numbers Apple announced are impressive. For a lot of users, the Air will remain the best option, and with the increased performance, I suspect it will draw in a lot of new users too. I’m very curious to give the Air a workout on a large Logic project or a big collection of RAW photos to see how it does.