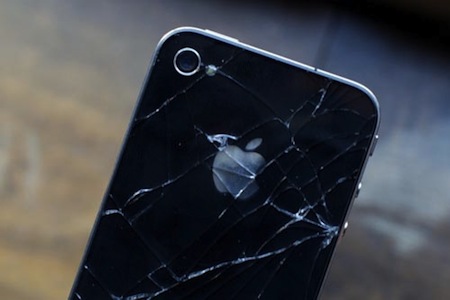 Some stories about the build quality of iOS devices are just too good to not be mentioned. Take the iPhone 4 for example: in the past year, we’ve heard stories of shattered glasses and damages to the metal band that runs across the device, but in most of those stories the device always ended up being functional – although broken. The glass that Apple uses in its iPhones certainly is resistant enough to protect the multitouch display beneath it, but it may break even after a stupid fall from the coffee table. It happens.

The story shared by iLounge today, however, is quite possibly the most dramatic and, at the same time, incredible we’ve heard so far: an iPhone 4 falls off a plane flying at 130 knots, ends up in the woods, the glass breaks but the phone is still active and working. It was a 1,000 foot fall. The owner installs Find My iPhone on a second device, retrieves the iPhone 4’s position through GPS, gets his iPhone back and uses it to send an email to iLounge about what happened. Again, that was a 1,000 foot fall from a plane.

Plotting the phone’s position on maps, Mr. Walker and a friend headed out on ATVs to see if they could track the phone down, if only so Mr. Walker could attempt to back up his data for transfer to a replacement unit. Within an hour, the two had pinpointed the phone’s location near a tree, ultimately finding the phone in complete working order, apparently with nary a scratch or patch of dirt on it. Mr. Walker says that the phone only had a Griffin Motif TPU case and an aftermarket metal backing on it for protection; he believes that the phone’s fall may have been slowed by tree leaves and needles as it made its way towards land.

So the iPhone was inside a case and had a metal backing, but the fact that it’s still working after such a fall is still impressive. Perhaps the trees and leaves made the impact less strong? Maybe he just got lucky? One thing is for sure: Find My iPhone is a must-have. [via iSpazio]