Once again, Steve Jobs replied to another email, and this time in quite a different mood. Paul Shadwell emailed el Jobso expressing his frustration about Apple’s delays for the international iPad shipping and lack of pricing information, and he got a nice “Are you nuts?” as response.

Full conversation and screenshots after the break.

On behalf of the international community of Apple consumers I would like to protest at the way Apple is apparently leaving us out in the cold with the Apple iPad product.

We have been fed either misinformation or no information at all and it is starting to cast doubt over Apple’s intents, at least it is to me.

I live in Switzerland and as yet we have no idea what the Apple iPad will cost here, if it is anything like the international pricing we have been used to to date on other Apple products, then it will certainly not be an “unbelievable price” as stated in your marketing.

If the delays and lack of pricing information is due to Apple doing it’s level best, to make sure that we are not being ripped off, then I applaud that work. However, as previously mentioned, I am doubting this.

Twice to my knowledge you have falsely stated international availability of the iPad and while I do not believe this is any fault of your own, I can imagine that you are not happy being shown as deliberately pulling the wool over the rest of the worlds eyes.

This is what you said at the iPhone OS4.0 announcement

11:10AM - Q: Will iPad’s success impact its international launch?

Please can you clarify what is happening and why it has taken so long for information to be released to the international community.

May I suggest the following: Make it easier for us to purchase your products directly from the USA online Apple store. Many of us would be happy to do so and pay extra for local Applecare.

I look forward to your response.”

“deliberately pulling the wool over the rest of the worlds eyes”

Are you nuts? We are doing the best we can. We need enough units to have a responsible and great launch.

Ok then, better to not ask stuff like this to Steve anymore. 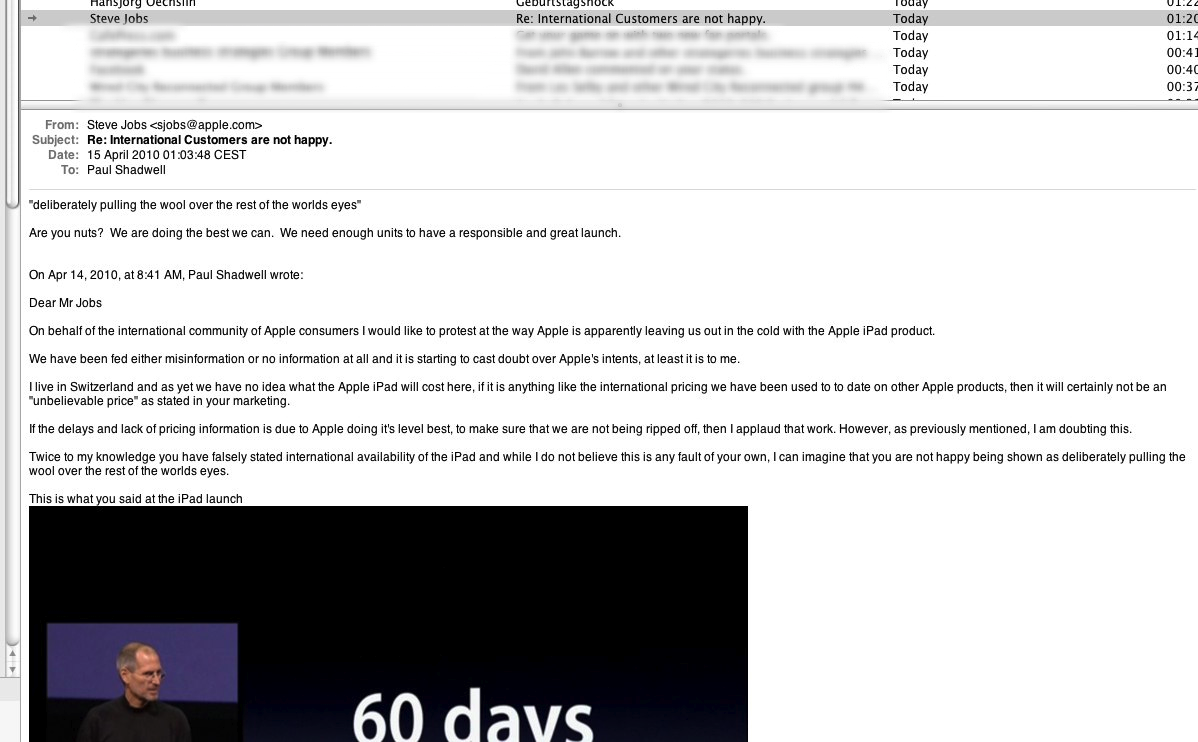 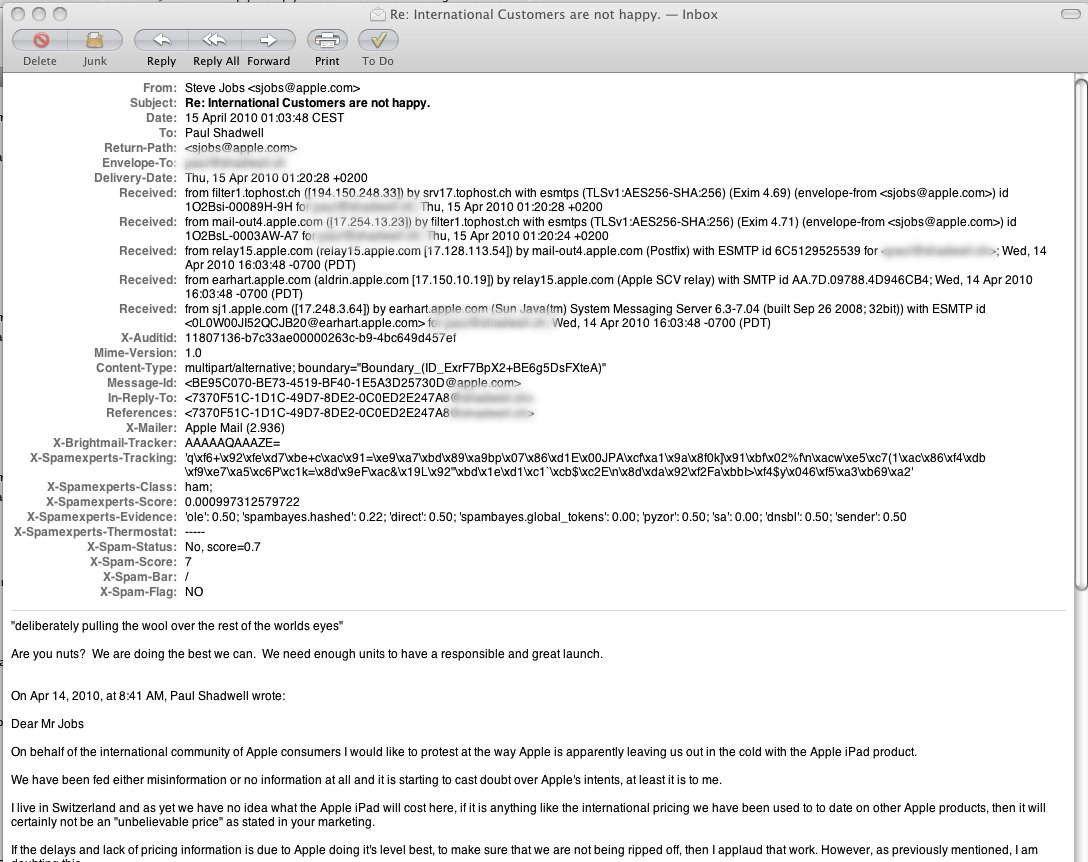