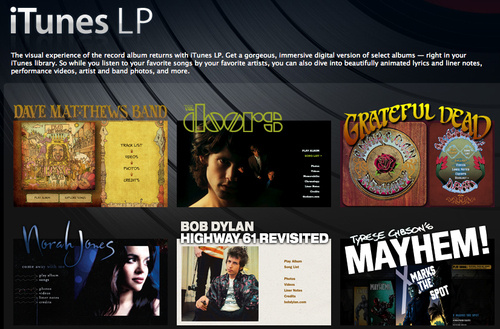 Apple introduced iTunes Extras and LPs together with iTunes 9 in September 2009, but they never really took off. With a recent email reply to a MacRumors reader, though, Steve Jobs confirmed support for the two features is coming to the 2nd gen Apple TV, which being based on iOS doesn’t support Extras and LP out of the box.

Q: I’ve been a massive fan of the original Apple TV since it launched, in fact I have 2 of my own and have bought a fair few as gifts over the years. So as soon as the new Apple TV was released I bought one. Overall it’s a fantastic update for me as I always stream from my Mac mini anyway. But here’s the kicker - Where are iTunes Extras and iTunes LP gone? I’ve purposely been buying content with those features just for my Apple TVs. And now the features are unusable on my new box?! Is there an update coming to fix this?

Sent from my iPhone.

Apple is expected to release a firmware update for the Apple TV to bring full support for AirPlay, and that would be the right time to bring iTunes LP and Extra compatibility back as well. The update could drop as early as next week, but when it comes to Jobs’ emails you never know if he’s joking or not. As MacRumors also speculates, iTunes LPs would make perfect sense on the iPad, with a larger screen capable of really enriching the experience of music albums and videos. Personally, I think that’d be the only way I could ever buy an iTunes LP.