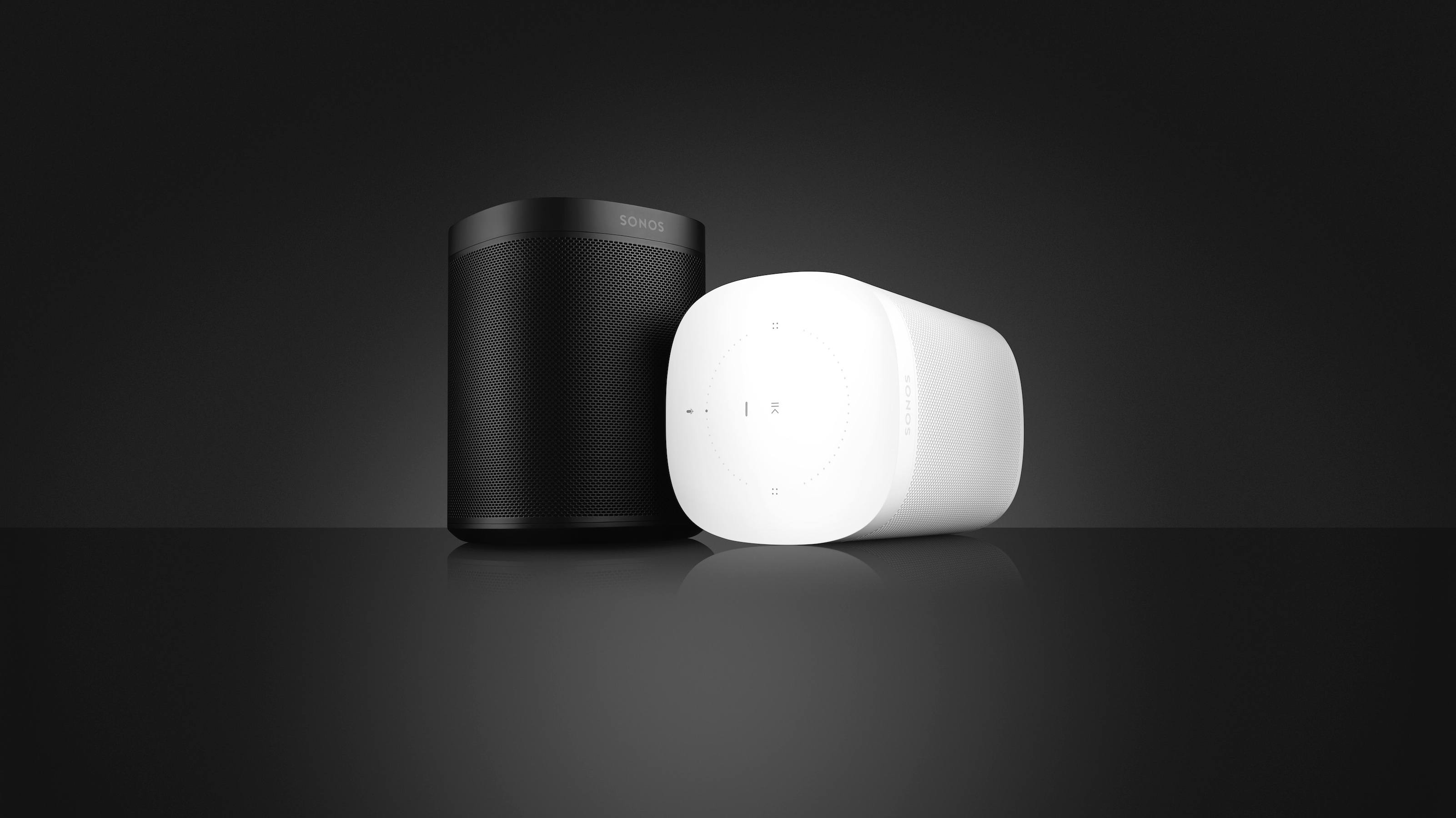 Sonos made several major announcements today, launching the company’s products further into their roles as platform-agnostic options in a market increasingly segmented by ecosystem. The last few years have seen an avalanche of new interest in the home speaker space from major players like Amazon, Google, and Apple, and without the accompanying ecosystems those players possess, Sonos stood at a crucial juncture: it could seek to further establish its own platform and compete directly with the tech titans, or it could aim to stand outside that main battleground and make products that tie together the benefits of all ecosystems. They clearly have chosen the latter, and today’s announcements demonstrate the fruits of that decision.

In the realm of hardware, Sonos announced one new product: the Sonos One. This speaker is the spiritual successor to the PLAY:1.1 Sonos One packs an audio system similar in class to the PLAY:1, and at the exact same price of $199, but with some significant upgrades to the overall package. Foremost of all improvements, the Sonos One comes with Amazon’s Alexa built right in. This means you can use your voice not only to control music, but also to do anything that Alexa’s capable of – with one known caveat: at launch the Sonos One will only accept voice commands for playing music from Amazon Music, Pandora, and a handful of other providers. Voice control for Spotify won’t be available at launch, but it is promised for later this year. With the full range of other Alexa skills at its disposal, it could be argued that the Sonos One is essentially a better looking, better sounding, Sonos-friendly alternative to Amazon’s Echo line. And there’s more: the Sonos One will be adding Google Assistant support in 2018, so you can get the best of both ecosystems in one product. The smart speaker is available today for pre-order in black or white, and it begins shipping October 24th.

Owners of existing Sonos hardware are not entirely out of luck when it comes to voice assistants. Starting today in public beta, Alexa can be used to control all prior Sonos speakers if you also have an Amazon Echo or Echo Dot in your home. The Echo connects to your Sonos speakers wirelessly, so you don’t have to manually hookup either device to your Sonos speakers; simply update your Sonos system and app, then enable Sonos’ Alexa skill. Currently, the public beta is only open to customers in the US, UK, and Germany. 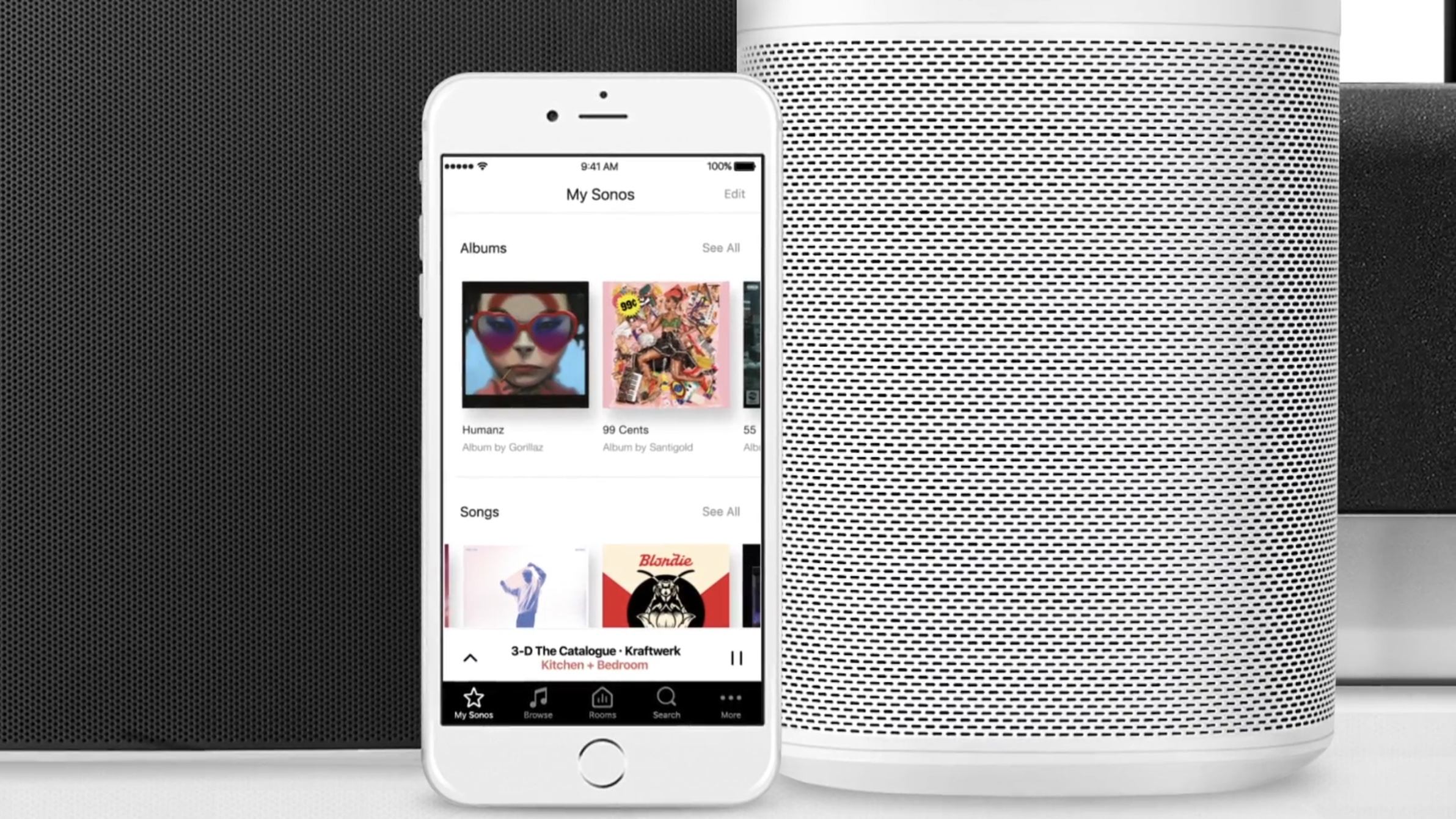 Users locked into the Apple ecosystem may not care about Alexa or Google Assistant support, but there were a couple Apple-related announcements made today. One is that Sonos is working to bring AirPlay 2 support to all its speakers in 2018. This will enable a more seamless experience for users of Apple devices, as services like Apple Music and YouTube will be able to feed audio to Sonos speakers directly from inside their native iOS apps. This comes with the additional perk of Siri being able to control Apple Music playback via AirPlay 2. Ultimately, the Sonos app will prove less necessary than before. That said, Sonos isn’t abandoning its app by any means – a redesigned iOS app launched today. The app offers simpler navigation than before, and sports an attractive look that bears a resemblance to Apple Music’s iOS app.

Last year Sonos enabled Spotify users to control Sonos speakers directly from the Spotify app, and I’m happy to see the company moving further in that direction today. Sonos announced that by the end of 2017, music services like Pandora and Tidal will gain the same special privilege, and in early 2018 it will expand to Audible, iHeart Radio, and Kuke Music.

The last major announcement was the launch of a new Sonos developer program. Currently invite-only, in the future the program will be open to any developer wishing to build apps for the Sonos Sound Platform.

Today’s announcements prove that despite operating in a continually voice-driven world, and in a market now occupied by some of the most valuable companies in the world, Sonos can still offer something special to the home speaker market. Its products have always been somewhat platform-agnostic, but further embracing that position when it comes to voice assistants appears to be a smart move for the company, and I’m interested to see where it goes from here.