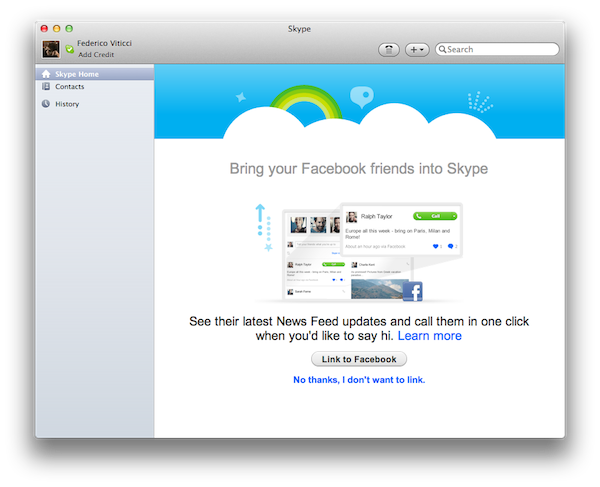 With a blog post published a few minutes ago, Skype has announced a new beta version of its desktop client for OS X, which adds Facebook integration for chat, news feed, and friends’ posts. The new Skype for Mac 5.4, available for download here, allows users to connect with Facebook directly within the app – without having to open Facebook’s website – to start chatting with Facebook friends, like their posts, or read and update the News Feed.

Once authenticated with Facebook in-app, Skype 5.4 will display an additional Facebook tab in the Contacts view, enabling you to filter the buddy list down to only people who are available for IM through Facebook. The cross-platform IM solution seems pretty reliable in this regard, in that I was able to easily find a Facebook friend, and start chatting with her while I was using Skype 5.4 for Mac. She received my messages correctly on Facebook’s website. When another friend tried to contact me on Facebook via chat, a new message showed up in Skype’s sidebar next to his name (the Mac version of Skype also supports Growl notifications). 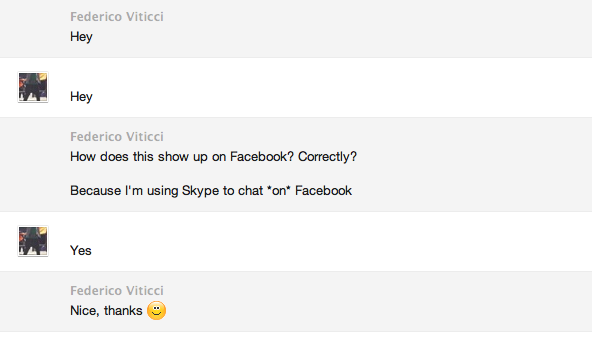 Similarly, I was able to read posts from my news feed, like them, and even post a status update using Skype 5.4. 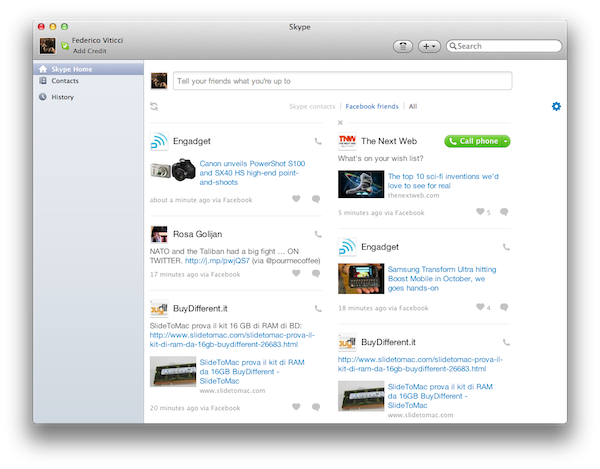 Skype has also confirmed this release brings a new advertising platform to the app, although I haven’t been able to personally verify this yet:

We are also introducing an advertising platform in this new release, but if you are a paying Skype consumer or have Skype Credit, you won’t see any display ads; similar to the model that is currently being used in our Skype for Windows client.

Skype 5.4 beta for Mac can be downloaded here. After Microsoft’s acquisition, the company recently brought HD video calling to the Mac with version 5.3, and released a native client for the iPad.