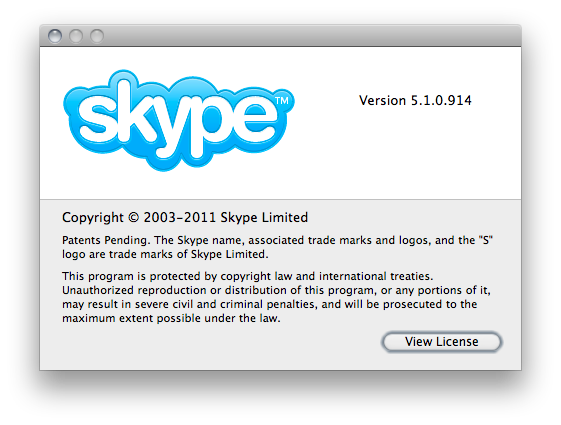 Skype, the popular VoIP and video calling service, released earlier today an update for its official Mac client, adding a number of fixes, new features and design improvements following feedback received by users in the past months since the release of Skype 5 for Mac.

The latest update, version 5.1, includes “improvements to the group video calling interface” as participants in group calls can now easily identify and focus on active speakers. Another addition to the app is the possibility to select recent numbers in the dial pad – which was redesigned in Skype 5. Among other bug fixes, one for iSight FireWire webcam detection. Skype 5.1 for Mac is available for download here.

Together with the new release, Skype is also launching a design competition with many Apple-related prizes (iPads, a MacBook Air, Apple TV) to redesign the look of chat in Skype for Mac:

When we first launched our new Mac app, we were delighted to see so many custom styles emerge from the design community, so we thought we’d make it official.

Between now and the 14th April, we’re inviting you to design your own chat style for Skype for Mac. We’ve assembled a team of experts to choose the very best, and if you’re the winner, we’ll include your design in a future version of Skype for Mac so that it can be enjoyed by millions of people around the world (as well as giving you a brand new MacBook Air, an iPad 2 and a year’s subscription to Unlimited World Extra).

When Skype 5 for Mac came out, many people were indeed disappointed by the new UI and created custom “themes” for the app. Skype noticed, and is now giving designers a chance to be included into the next major release of the app and win gadgets and development books. Not a bad deal, right? Check out the details here, and a demo video of Skype 5 for Mac below.