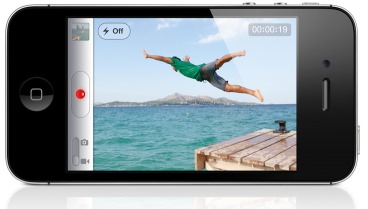 Samsung today ﬁled for a preliminary injunction against the iPhone 4S in Australia and Japan. This is the latest development in the complex legal battle between Apple and Samsung which has spread across the world since Apple originally revealed it was suing Samsung over the “look and feel” of it’s Galaxy devices.

The Wall Street Journal reports that the Japan ﬁling (which is also attempting to halt sales of the iPhone 4 and iPad 2) cites infringements in technology and user interface patents, whilst in Australia Samsung is claiming that Apple has infringed on patents related to wireless telecommunication standards. The move comes after Samsung was dealt a blow in Australia last week, with the preliminary injunction against its Galaxy Tab 10.1 was upheld. A Samsung spokesperson said that this latest legal action is them “now counterattacking Apple again”.

Florian Mueller of FOSS Patents believes that the attack on the iPhone 4S in Australia  is “doomed to fail” because the patents Samsung is using in the ﬁling are related to 3 patents declared as essential to the 3G telecommunications network. As he explains, it would be unlikely that an Australian judge would take a signiﬁcantly different approach as occurred last week in the Netherlands:

…a Dutch judge already made it clear that Samsung can’t seek an injunction based on such patents, and I’d be extremely surprised if an Australian judge took a different perspective on FRAND (fair, reasonable and non-discriminatory) licensing commitments… The odds are very long against Samsung overcoming all of Apple’s defenses.

Speaking on the situation in Japan, FOSS Patents says it is less clear what will happen as Samsung’s filing there also relates to user interface patents that “are presumably not subject to FRAND licensed commitments”. This means Samsung could seek injunctions on them and it would be up to Apple to contest their validity. The patents apparently relate to “the display of a ﬂight mode icon, the utilization of homescreen space, and an app store menu structure”.