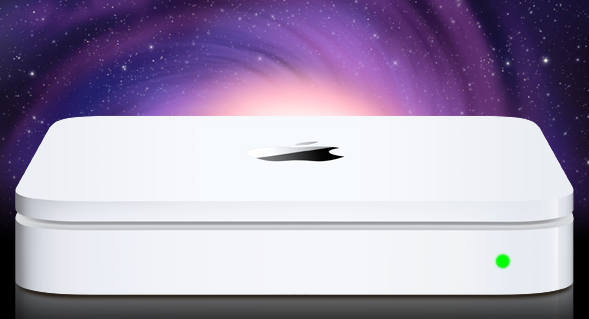 A series of reports surfaced earlier this week suggested stock for AirPort Express, AirPort Extreme stations and Time Capsule units was running low at several Apple retail locations in the United States, with a separate source confirming to us that Apple Stores in Canada have seen similar shortages for Express and Extreme devices. Speculation arose quickly claiming that Apple could release new versions next week, during WWDC, with an announcement likely set for Monday’s keynote. Amidst the rumors, many pointed at the Time Capsule receiving an important update to enable advanced caching functionalities for software updates – the Time Capsule would recognize known devices on a network, check for software updates available, download them in the background, and later seed them to all devices in a few seconds without having to wait for a download process. Others also speculated this caching feature would allow users to store portions of iCloud media locally to avoid streaming delays and pauses between songs or movies.

In a separate report, Ars Technica briefly mentions [via MacRumors] the new Time Capsule could run the A4 or A5 chip alongside iOS – perhaps a modified version much like the second-generation Apple TV.

The source didn’t mention any new functionality for Apple’s AirPort Extreme base station, but it is possible to connect an external USB drive to those devices, which then function similarly to a Time Capsule. It seems likely that Apple could enable updated AirPort Extremes to do similar caching when an external drive is connected.

Our own source tells Ars that the revised hardware is believed to be built around Apple’s own A4 or A5 processor, and will run iOS much like the most recent Apple TV model.

A Time Capsule running iOS and capable of caching content for other devices would certainly open to the possibility of iPhones and iPads connected to iCloud but also deeply tied to the local network to increase streaming speed (thanks to cache) and overall quality (higher-quality songs could be cached locally as snippets so iOS devices wouldn’t take long to fetch the remaining portions).

Speculation also suggests an iOS-based Time Capsule could be used for a much broader set of functionalities such as serving content to Apple TVs or enabling additional options in Lion’s AirDrop – though it also needs to be considered that, by making these possible features exclusive to the Time Capsule (and, say, not a server app running on a Mac), users would be forced to purchase a $299 device (current Time Capsule 1 TB) to enjoy all the potential of iCloud and iOS 5.