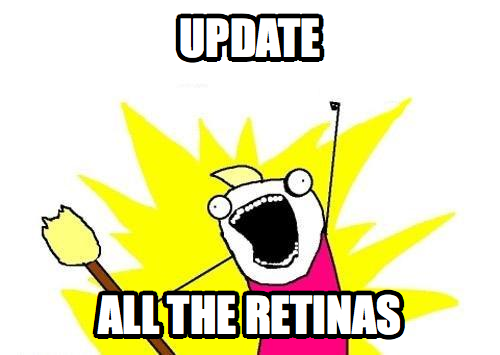 Alien Blue, my favorite iPhone app to access Reddit and see what the Internet has been up to, was updated to version 2.5 a few minutes ago. I have been beta testing the new version, and users of Alien Blue (which also comes in a separate “HD” version for iPad) will be pleased to know that several old annoyances have been fixed, and new features introduced to make browsing Reddit from an iPhone a much more pleasant experience.

Alien Blue, developed by Jason Morrissey, comes with a $1.99 in-app purchase that unlocks additional functionalities of the app including Canvas, a way to browse images posted on Reddit with a thumbnail-based interface optimized for touch. In Alien Blue 2.5, users who will unlock the Pro edition will also get access to sharper “retina thumbnails” on Retina Display devices (iPhone 4/4S, iPod touch) and comment link previews. If you usually “lurk” on Reddit just to check on the latest meme or #AdviceAnimal, being able to preview thumbnails at high definition should be a welcome addition for your Retina displays – sharper thumbnails also fit well in the app’s interface, and I’d recommend the upgrade just to avoid fuzzy images in the main list. With the same concept, any link posted in a comment thread will get a nice visual preview through the Pro upgrade – this can be quite useful to instantly know what you’re about to open from the comments, thus possibly skipping yet another Redditor’s Wife picture.

Alien Blue’s design has received a series of improvements in this update. Both the Posts and Comments screen have been revised, but I believe the sweetest “little touch” in AB 2.5 is the new “pull to refresh” animation, which I’ll let you check out by yourself without spoiling all the fun. 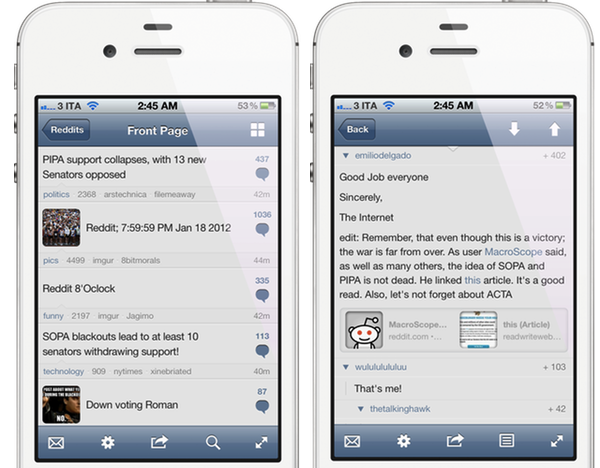 Alongside bug fixes, here are some of the minor improvements officially reported in the changelog:

Alien Blue remains, in my opinion, the best way to check on Reddit from the iPhone and iPod touch, and I look forward to the changes introduced in this version to find their way onto the iPad as well. Alien Blue for iPhone is free (which is a great deal considering the features you’re getting anyway without paying), with a $1.99 purchase available in-app. As a side note, it appears the Mac version of Alien Blue, announced last year, is still “coming soon” according to the developer’s website.