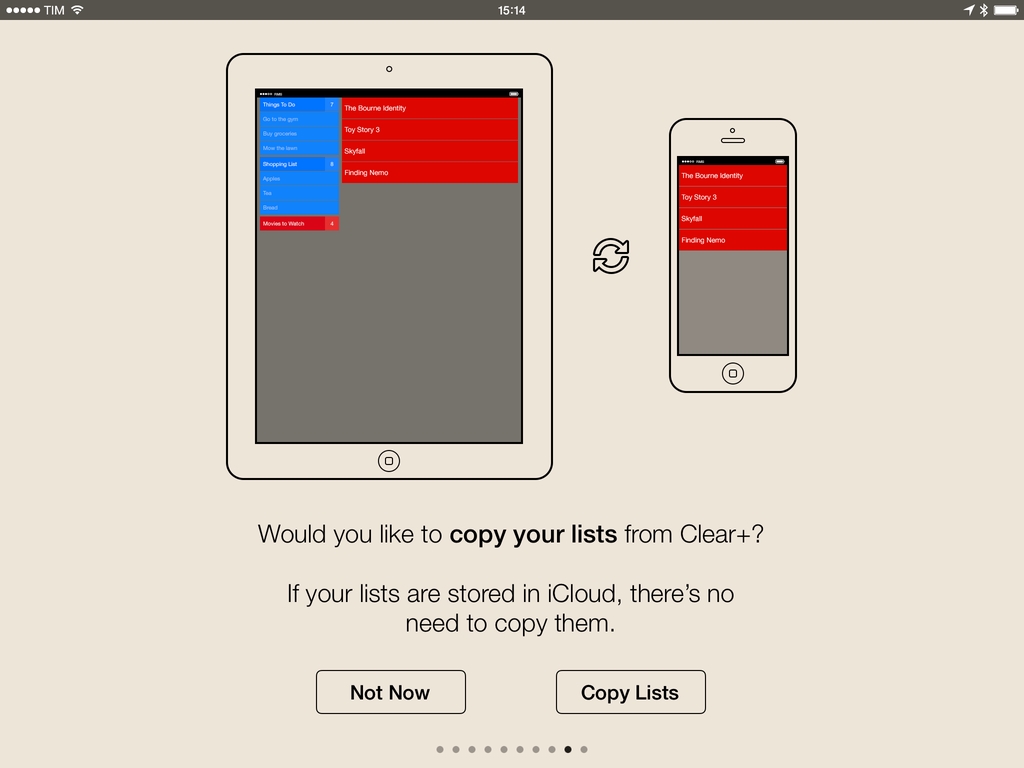 Realmac Software, makers of Clear and Ember, today announced they will revert to a single, Universal version of Clear after the heavily criticized launch of Clear+ in September. Clear+ was a paid, separate version of Clear that added iPad support, but several existing Clear customers responded negatively to the launch as the original Clear app would no longer receive updates. Following feedback, Realmac then tried to keep two versions of Clear on the App Store – the original Clear app as an iPhone-only version, and Clear+ as a Universal app – but that only generated further confusion.

As Apple doesn’t offer a way to migrate users between copies of an app, we’re going to make Clear free for 24 hours so owners of Clear+ can move to the correct version free of charge.

To make sure as many people as possible can move to Clear, we’re going to do this twice in the next few weeks. We know this is risky - we rely on the income from Clear to run our small, independent company - and so whilst this was by no means an easy decision for us to make, we simply want to do the right thing for you, our customers.

Realmac has also posted a FAQ page with details on how to migrate lists from Clear+ to Clear – the migration is handled locally on iOS upon launching the original Clear app, which was updated today.

As part of the transition from Clear+, Clear will be available for free on the App Store for a limited time as a Universal app for iOS 7; Realmac will communicate details of the 24-hour sale through the company’s newsletter.