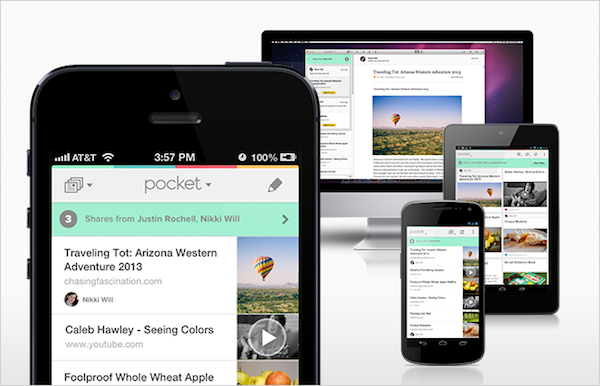 One year ago today, Read It Later was reborn as Pocket, transforming into a service that emphasized saving anything, not just articles, for later. For the past year, Pocket has rapidly iterated while landing on numerous devices between Android and iOS, even arriving on Apple’s desktops and laptops with a native Mac app. Recently, Pocket made it even easier to save stuff for later thanks to Feedly, WordPress, and HootSuite integration. With more than 8.5 million users who’ve saved more than 300 million articles in the past year, Pocket has also launched Pocket for Publishers, giving creators on the web an easy way to gain insights on the lifespan of their content. 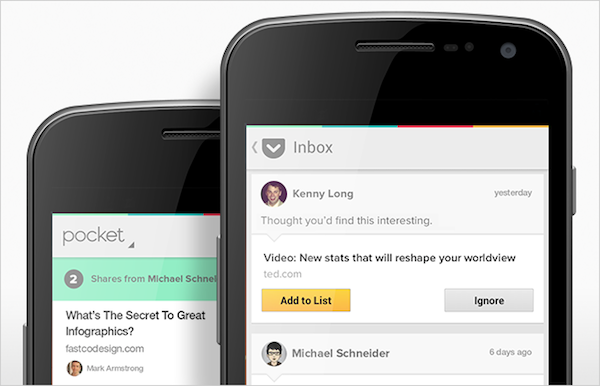 To celebrate their one year anniversary, Pocket is launching Send to Friend, a brand new feature that goes beyond sharing to Facebook, Tumblr, and Twitter. Send to Friend improves upon email sharing, which Pocket found people used more than twice as often as sharing to social networks. Send to Friend allows for better interpersonal sharing between friends and family. Content can be shared with a comment and a highlighted quote, and if the person receiving the shared link also uses Pocket, they’ll receive a Push Notification and the content in their inbox. Anyone who receives a link can save it to their list of stuff to view later, or simply ignore it. 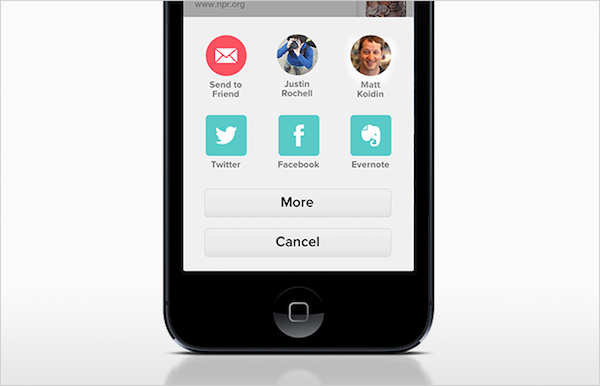 Lastly, Pocket improves upon their Share Menu by automatically bubbling up icons and making more convenient shortcuts to often used services and friends that you share to. If you find yourself sharing to Twitter and to a couple of particular friends more often, the Share Menu will place shortcuts to them first. Of course, you can always get to seldom used services at any time.

Pocket with Send to Friend is available as a free download in the App Store.