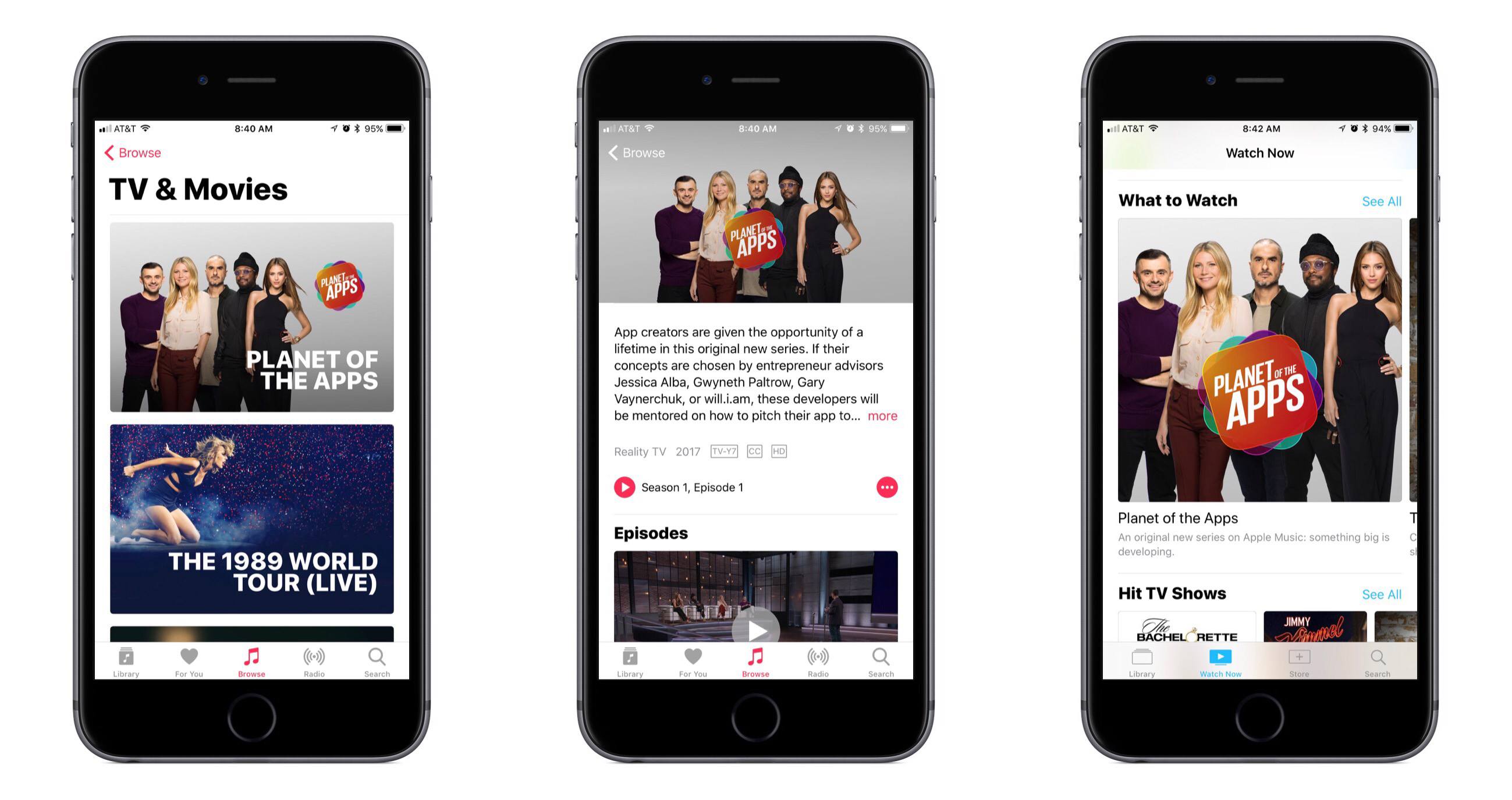 Apple launched the premiere episode of Planet of the Apps last night, at the end of the second full day of WWDC. Planet of the Apps features app creators who compete to receive funding for their apps with the help of the show’s celebrity mentors. The first episode runs just under 50 minutes, and is available free of charge for a limited time to all viewers on the show’s website. Future installments of the 10-episode series will only be available to Apple Music subscribers, and will release weekly.

Timed to coordinate with the launch, the Apple Music app for iOS has received a new ‘TV & Movies’ section inside the ‘Browse’ tab. The section is headlined by Planet of the Apps, but it also features some of Apple’s previously released original video content, such as Drake’s ‘Please Forgive Me’ and the ‘808’ documentary. If you tap through to the Planet of the Apps informational page, it contains more info about the show, a listing of all currently available episodes, and also a selection of bonus video content featuring the series’ celebrity personalities.

If anyone sets out to locate Apple’s new original series, they won’t even have to visit the ‘TV & Movies’ section to find it. Apple is heavily featuring it in the top section of Apple Music’s ‘Browse’ tab with six featured banners. The show is also being featured inside of Apple’s TV app (assuming Apple Music has been given user permission to integrate with TV). Additionally, the show’s website is linked to from the front page of Apple.com, and a wide array of press stories have been released in the last 24 hours covering the launch.

Clearly, Apple wants the world to know that Planet of the Apps is different from its original video work of the past; the tech company is now officially in the TV content business.