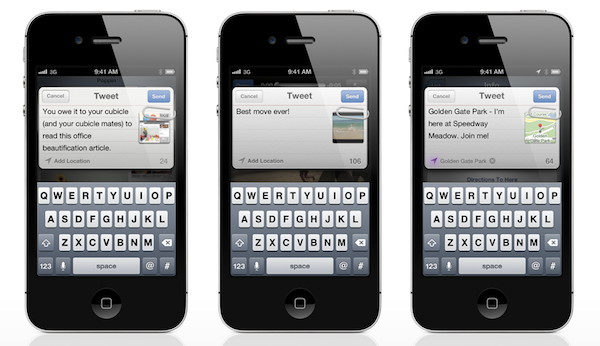 The New York Times’ Nick Bilton and Evelyn Rusli are tonight reporting that Apple is considering an investment in Twitter to the tune of hundreds of millions of dollars. Whilst the companies are not currently in negotiations and there is no guarantee that the two would come to an agreement, earlier talks do suggest “they may form a stronger partnership”.

As the New York Times report explains, the deal would be one of Tim Cook’s “most important strategic decisions as chief executive” because of intensifying competition from Google and Facebook and the fact that Apple has struggled in the past with social. It would be a unique move for Apple, which typically buys a small start-up and absorbs it into the company rather than investing in a company.

The turf wars have fortified alliances and pushed companies to choose sides. Apple’s dealings with Twitter, for instance, began after its relationship with Facebook soured. In 2010, the company was eager to integrate its Ping service with Facebook, but discussions broke down. Mr. Jobs, the Apple chief executive who died last year, told the technology news site AllThingsD that Facebook had demanded “onerous terms that we could not agree to.”

Apple, which had spent months preparing to hook Facebook into iOS, its mobile operating system, swiftly reworked it for Twitter. One former Twitter employee, who described Twitter as the “lucky mistress” in this chain of events, said the partnership was essentially “handed to Twitter on a silver platter.” Ping, in the end, never caught on with users.

One big question to be resolved is whether Twitter would want a large investment from Apple. Earlier this year, chief executive Dick Costolo said Twitter had “truckloads of money in the bank”. At the same time though, Costolo also recently said in an interview that “[Apple] is a great partner, we think of them as a company that our company looks up to”.

The relationship with Apple is so prized at Twitter that the company assigned a vice president, Kevin Thau, to work with Apple full time, according to an Apple employee who asked not to be named.

[via The New York Times]