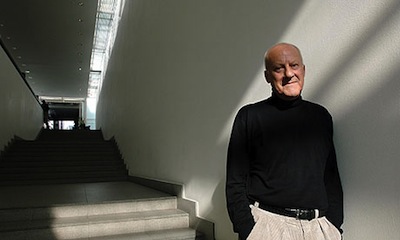 According to El Economista, British architect Norman Foster will be the head of operations to design Apple’s new campus in Cupertino. Sources familiar to the matter told El Economista that the new campus – which happens to be HP’s old campus, recently bought by Apple – is one of the company’s most important projects, and will be “revolutionary” in a way that will be built on top of modern “green technologies” and renewable energy resources.

Foster is one of the world’s most popular, prolific and visionary architects. He sure would be a great match for Jobs’ visionary plans for his company and, in fact, El Economista reports that Apple is planning to connect its current campus and the new one with a network of tunnels instead of cars to make the whole structure free of carbon emissions.

According to the report, both Apple and Foster have spent months working closely on the design of the new campus (or, as El Economista calls it, “Apple’s City”) and “the buildings which will house the engineering and R&D teams will be multifunctional and will also incorporate cutting-edge technologies in materials and equipment”.