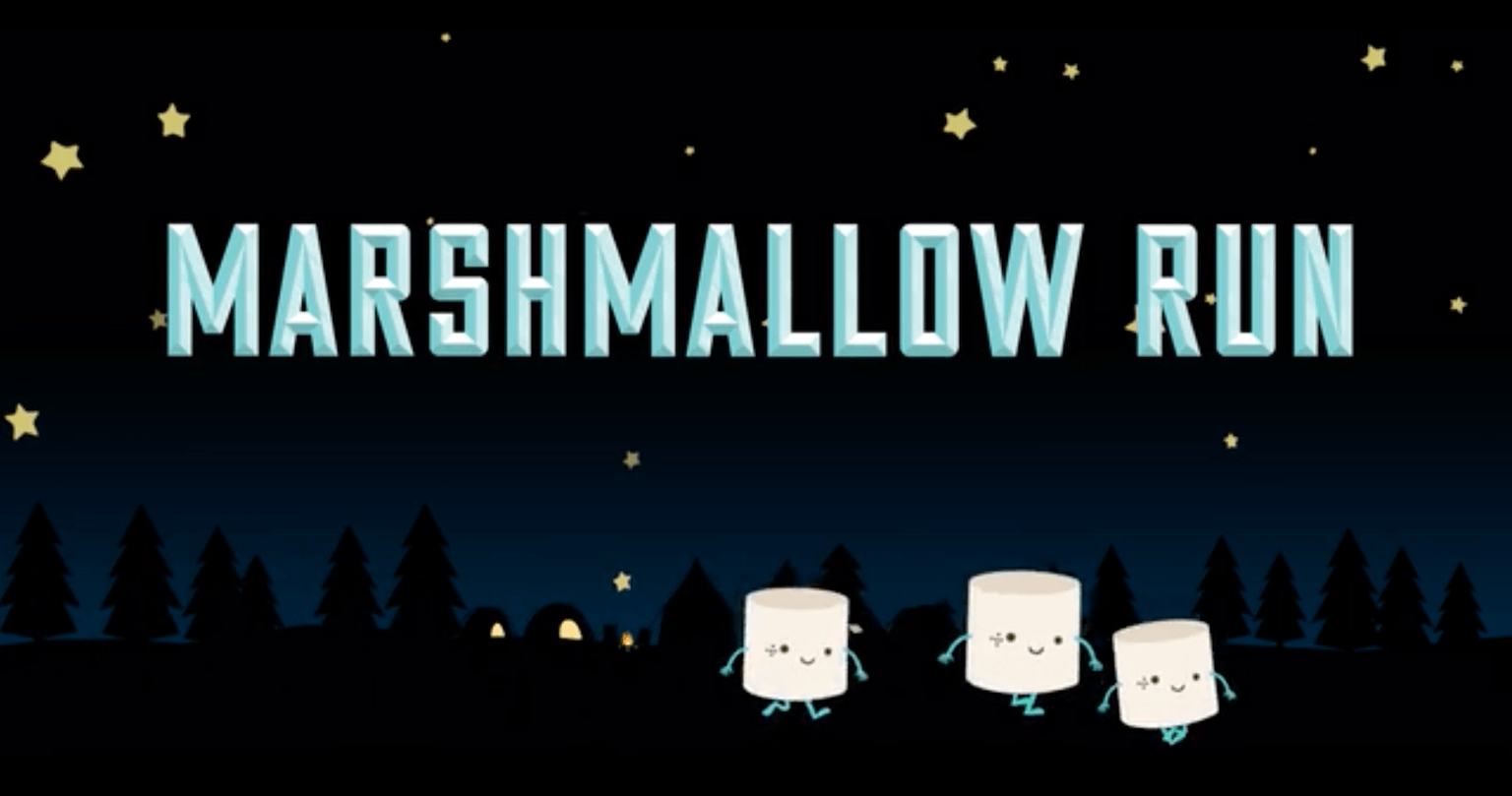 Design Code Build and Girl Scouts San Diego are developing a curriculum to teach girls programming and design by building a game called Marshmallow Run. It’s an ambitious program to bring Marshmallow Run to life through Scratch, the web, iOS, and Android as a way to reach girls of all age levels and provide opportunities that will appeal to a wide variety of interests. To make the program a reality, Design Code Build and Girl Scouts San Diego launched a Kickstarter campaign to cover the cost of computers, meeting space, developer accounts, and other overhead.

What’s unique about the Marshmallow Run campaign is its breadth. The project isn’t constrained by the programming platform chosen or other structural decisions that might limit its appeal. Design Code Build has developed the characters for Marshmallow Run, but the rest is up to the girls who participate in the program. The participants will have the opportunity to learn to program physics into a game, design levels, set timers, detect collisions, along with everything else that programming a platformer game entails. Girls will also learn graphic design, storyboarding, audio design, and much more. The result is a curriculum designed to foster imagination and creativity in a fun way that teaches new skills.

The project’s campaign has just 3 days left to reach its goal of $25,000. As of publication, pledges are just over 50% of that goal. If Marshmallow Run is funded, backers will receive a variety of rewards depending on their pledge levels including stickers and t-shirts, but the reward that’s most interesting is a programming starter pack for backers who pledge just $25. The starter pack includes character sprites and other game elements for building Marshmallow Run in Scratch. At higher pledge levels backers receive beta access to the web and mobile versions of the game. The starter pack and access to the betas are a terrific way that Design Code Build and Girl Scouts San Diego are sharing what they hope to create beyond their local community.

I have three boys and have experienced the frustration of trying to find opportunities for them when they wanted to learn to program. There just aren’t enough good programs available for kids in general, and even fewer for girls. Marshmallow Run is a chance to start fixing that, foster the next generation of programmers and designers, and make a difference in addressing the gender imbalance in tech fields.

If you want to make a pledge, you can do so on the Marshmallow Run Kickstarter page.