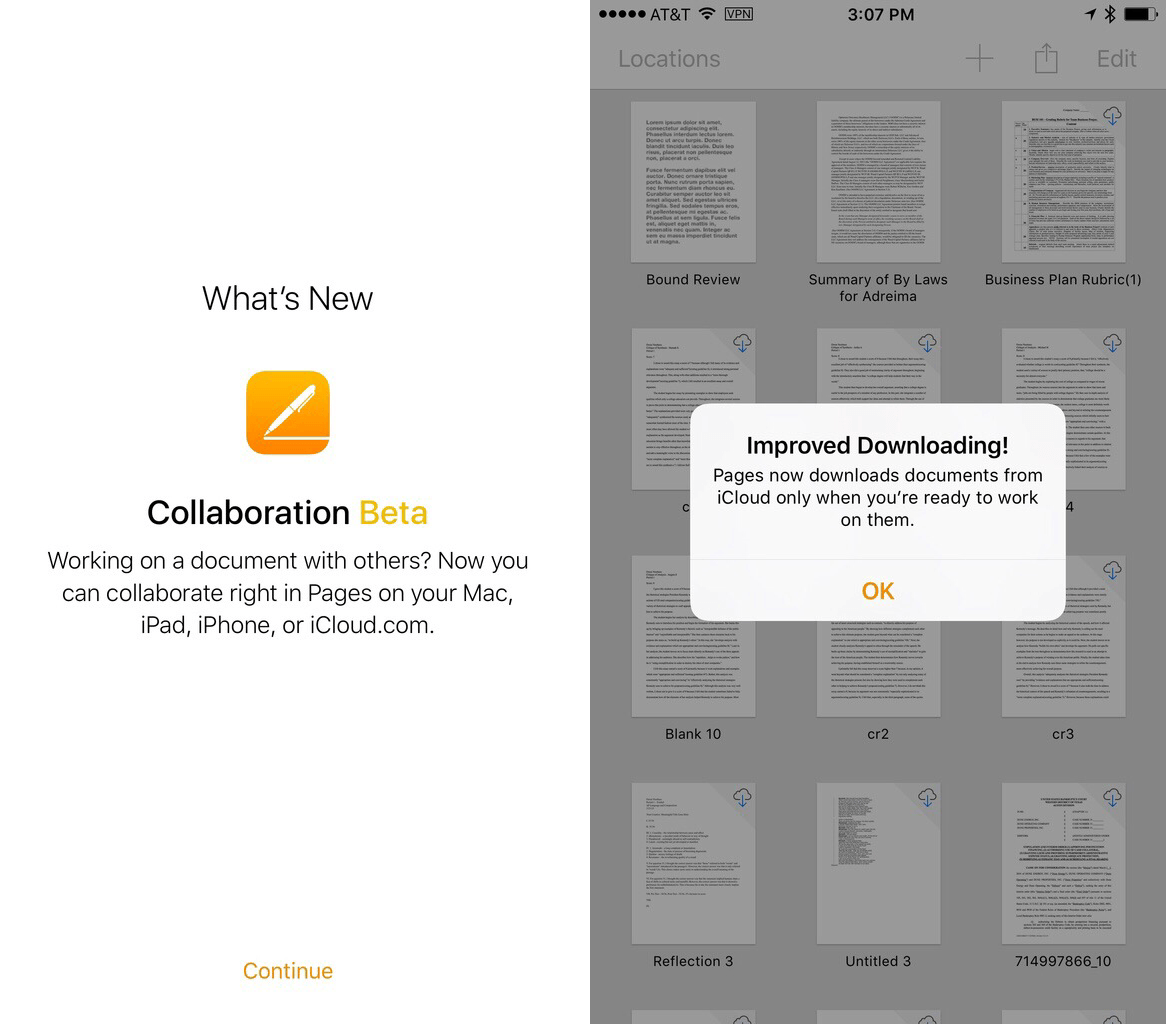 Alongside today’s release of the “biggest” iOS update ever, Apple provided its promised iWork update, featuring real-time collaboration and a better layout for the 12.9” iPad Pro.

Undoubtedly, the headlining feature of the iWork update is the new collaboration functionality. By adding members to your team, you’re able to work on documents with a group, all updating the file at the same time. Whether in Keynote, Pages, or Numbers, Apple’s foray into Google Docs-like collaboration is a welcome addition. It should be noted, however, that Apple currently lists this as a beta; if you have any necessary documents, make sure to save another copy in case of a malfunction

Also packaged into the update was an improved “format pane” for the apps, allowing for a better design on the 12.9” iPad Pro. Included below are screenshots of the update: 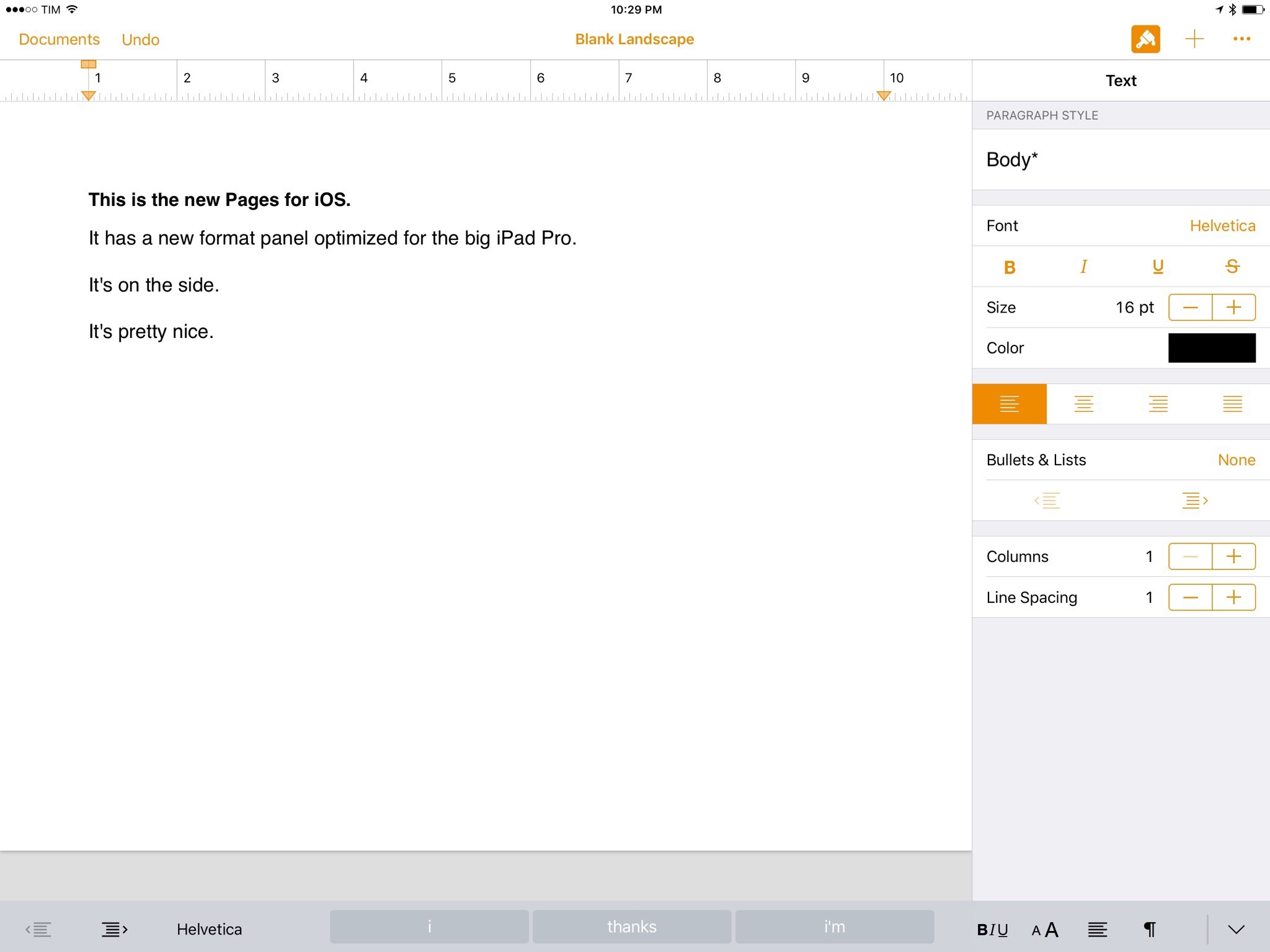 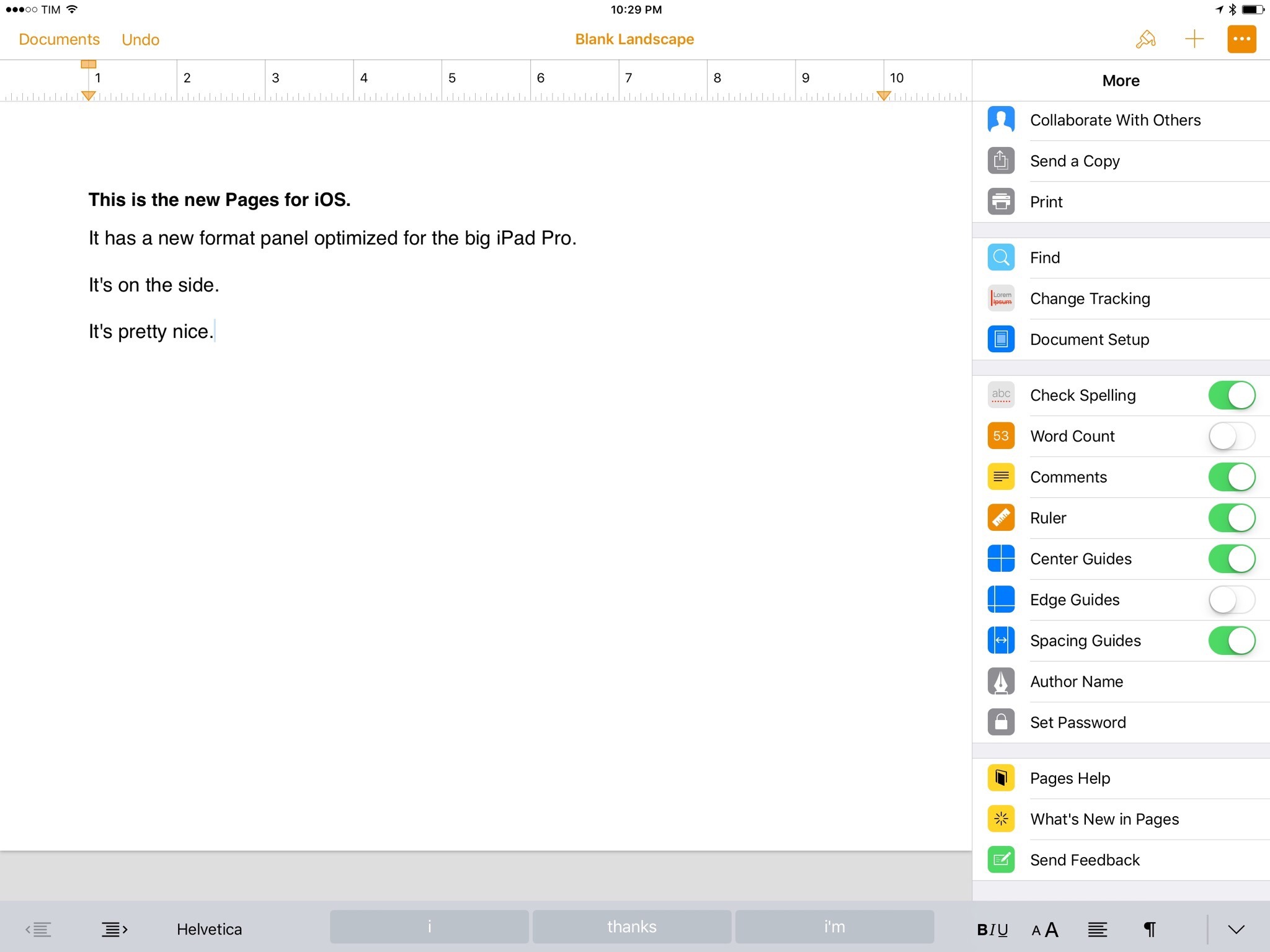 Apple has also optimized iCloud’s handling of documents in each of the apps, only downloading the file when you’re going to be using it. This is surely aimed to limit the amount of storage used by the Keynote, Pages, and Numbers, freeing up more space on your device.

In terms of smaller but significant features, all apps now support a wide color gamut display and have enhanced keyboard shortcuts and navigation abilities. Keynote users can also now highlight with the Apple Pencil and present to others on iOS devices using Keynote Live.