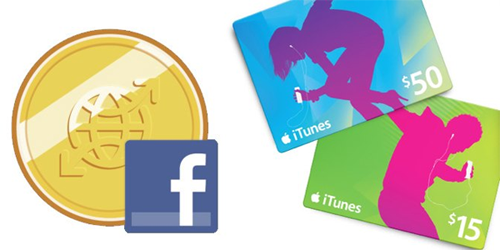 AllThingsD is this morning reporting that Facebook credits and iTunes credit will “play nice” with each other, with some minimal transferability of credits set to occur. The news comes from Chris Early, Ubisoft VP of Digital publishing who told AllThingsD that Apple and Facebook have agreed to honor “currency purchased on each other’s platforms for the same game”.

This system of “currency” interoperability will apparently be first demonstrated with Ubisoft’s upcoming Ghost Recon game that will be released on multiple platforms, including on Facebook and mobile devices. Early says that the “new pact” would allow a customer who purchased $20 worth of Ghost Recon credits on Facebook, also have $20 worth of credits for their iPhone version of Ghost Recon, with Facebook receiving the 30% cut of revenue. The reverse would work too, but in either case only the platform that initially received the $20 would receive that 30% revenue cut.

Ubisoft would, according to Early, be the party responsible for managing users’ credit balance across the platform. This may just be Apple and Facebook approving the practice of in-game credits being transferable across platforms, but it certainly opens the slight possibility that iTunes credit could one day be used within the Facebook platform and vice versa.