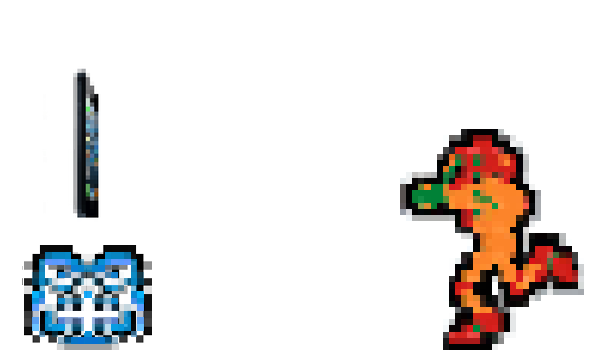 The iPhone 5 is now available for pre-order at Apple.com. Fortunately, it does not require missiles or the Morph Ball to obtain.

Ordering the iPhone 5 tonight? Your best bet is Apple’s Online Store. Even better is the Apple Store app, which might fetch you a new iPhone faster than the guy who’s waiting for the web server to respond to his order request. Last year lots of people had good luck with the carrier’s online stores for the 4S, Sprint (after a short delay) and Verizon especially. We’ve listed the United State’s carrier’s stores below so you can hopefully order without hassle.

The iPhone 5 is an awesome power-up for anyone on the iPhone 3GS or the iPhone 4. The iPhone 5 is super thin and lightweight, has a larger 4-inch display, and has twice as much horsepower as the iPhone 4S thanks to its A6 processor. Available in white and black in 16 GB, 32 GB, and 64 GB models ($199, $299, $399 respectively) on AT&T, Sprint, and Verizon, the iPhone 5 is equipped to utilize the incredible speed of LTE wireless networks without sacrificing battery life. With an improved 8 MP camera that takes pictures 40% faster than the iPhone 4S, includes wideband audio for clearer calls (carrier support coming soon), an even more vibrant Retina display, and packaged with Apple’s completely redesigned EarPods, the iPhone 5 isn’t just a incremental upgrade. It’s redesigned from the ground up.

Don’t know if you want to upgrade? The iPhone 5 is bound to be a fantastic phone, but having the latest and greatest isn’t necessary, especially if you have the iPhone 4S (and you guys bought that knowing you would be locked in for the two-year long haul… riiiight?). The iPhone 5 has no differentiating features in iOS 6 over the 4S — you’ll have Panorama and all of Siri’s latest features. Having LTE would be nice, as would be having apps launch faster and games look prettier, but I’m betting you’ll see the upgrades you care about — more battery-life and a significantly improved camera — with the iPhone 5S or whatever the heck Apple names it. (After all, they did break the space-name-time-continuum by naming their 6th phone the iPhone 5.) Plus, you’ll feel good when you leap-frog the iPhone 5 owners next year. Boom. Circle of life.

If you have an iPhone 3GS or iPhone 4 (most of you) that’s due for an upgrade, of course you should upgrade — the iPhone 4S was a significant update a year ago, so you guys are really gonna feel how much faster iOS is with an even newer iPhone. No questions asked, do it. I can’t help you with picking a color though.

If you happen to be someone who got a free 3GS or a $100 iPhone 4 recently (and will be locked-in to a contract for a while), you can at least have some solace: you’ll still be getting iOS 6, but not necessarily all of the features (no Siri). Depending when your contract ends or full upgrade eligibility begins, I recommend waiting for Apple’s next flagship iPhone and ordering it then. That way, you’ll get on Apple’s cycle, won’t have to worry as much about being out of date, and won’t be behind the curve on software if Apple pulls another feature-X-won’t-work-on-older-phones bit as Apple did with Siri between the iPhone 4 and 4S.