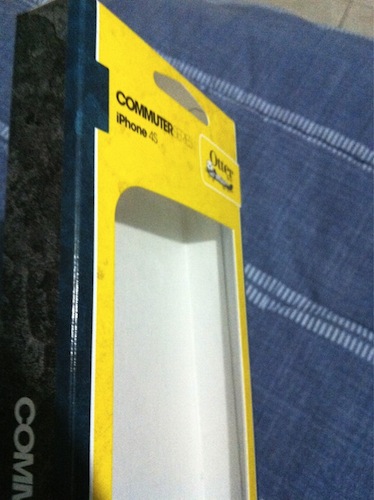 According to a series of tweets posted earlier today by @chronic on the @chronicwire Twitter account, accessory maker OtterBox has built over 3 million cases for a rumored upcoming “iPhone 4S” device. As seen in the photos posted online, the packaging of one of such cases depicts the “iPhone 4S” name, as well as what appears to be a redesigned position for the iPhone’s volume buttons, seen on the right of the device. You can check out more photos over at Twitter.

Chronic has been a source of Apple-related “leaks” in the past. For instance, he posted screenshots of several internal iOS 5 settings (high-quality YouTube and FaceTime over 3G), as well as information in the weeks that lead up to Apple’s Back to School promotion in June. Chronic was, however, incorrect in reporting MacBook Air updates weeks before Apple actually shipped the refreshed models.

There’s been a controversy in iPhone-related rumors in the past months as to whether Apple will ship a “completely redesigned” iPhone 5 in October, an iPhone 4-like “iPhone 4S” device (such name was first used by 9to5mac in discussing an A5-powered iPhone 4), or both. According to recent speculation, Apple is set to hold a media event to introduce the next iPhone on October 4th. A number of cases from third-party manufacturers have surfaced in the past months, showing both signs of a redesigned device and something very similar to the iPhone 4 – thus the discrepancy in iPhone 4S-iPhone 5 rumors. You can read more about this in our iPhone rumor roundup and retrospective.