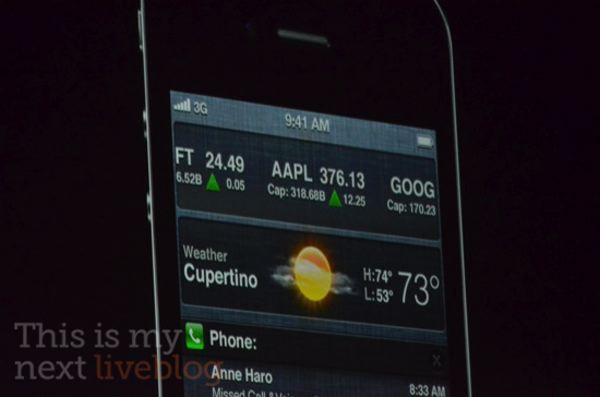 The rumors were true: at the WWDC keynote Scott Forstall has just unveiled the new notification system of iOS 5, which as reported earlier today looks similar to the way Android deals with notifications through a pulldown menu from the status bar. The new system reminds us of Cydia plugins LockInfo and Mobile Notifier (who creator Peter Hajas was recently hired by Apple) in the way it presents notifications in a single place, both anywhere on the Springboard and in the lock screen. 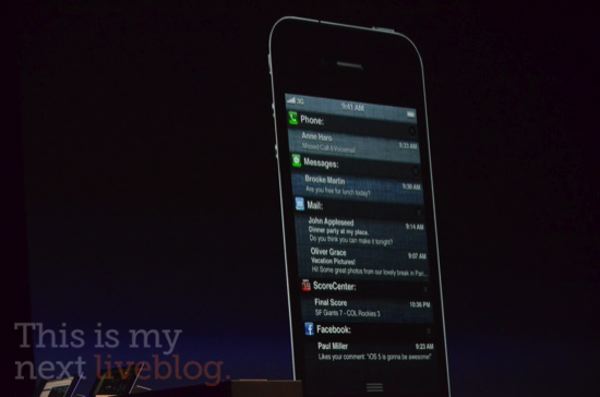 As a rumor from this morning suggested, you can swipe on messages in the Lock screen to launch the associated app, check out weather and stock widgets in the Notification Center pulldown menu, quickly dismiss notifications when they become visible at the top with a white interface.

Photos courtesy of This is my Next.