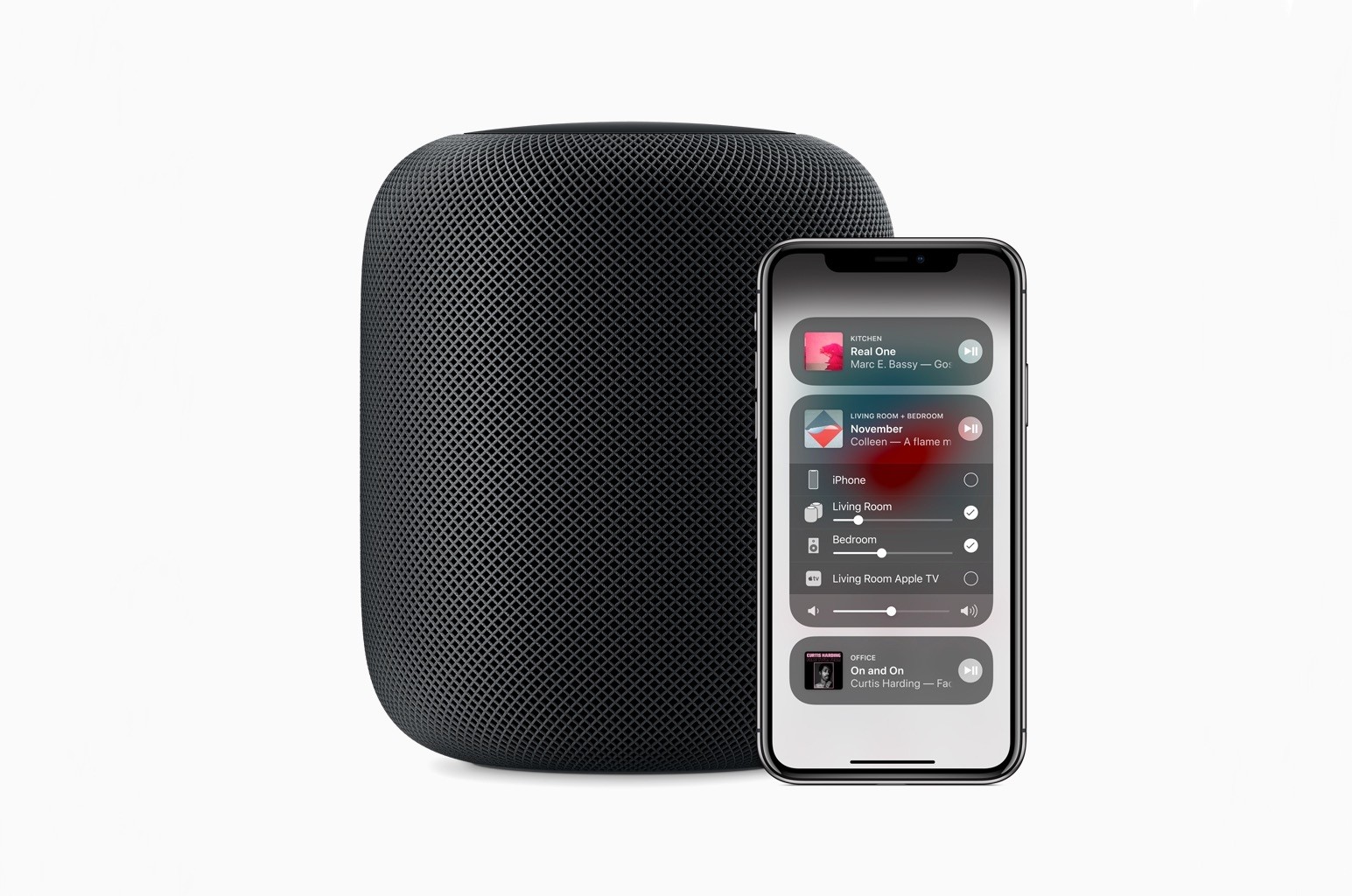 In closing its event at the Steve Jobs Theater today, Apple announced that next Monday it will launch the latest software update to HomePod, version 12.0. The headline feature is multiple timers, a missing function often derided at HomePod’s launch, and it’s joined by the ability to make and receive phone calls, perform Siri song requests with lyrics alone, and rounding things out, support for Find My iPhone and new languages.

Timers on HomePod now work similarly to the Amazon Echo – you can set as many timers as you’d like, distinguishing between them with names you set. This enables asking Siri to, for example, set a crust timer for 10 minutes, a sauce timer for 12, and a beef timer for 8 when preparing a pizza. While the timers are still running, you’ll be able to ask Siri their remaining durations by name.

Phone call support is perhaps the next most obvious low-hanging fruit Apple needed to address. When HomePod first launched, you could use it as a speakerphone, but only when calls were first initiated or answered on your iPhone. The inability to start or answer calls on HomePod was a glaring oversight that produced a bad experience. I personally have never used my HomePod for a phone call, simply because I never wanted to bother with the extra steps involved in that process. With proper phone call support finally arriving, I expect that will quickly change.

Following in the footsteps of Apple Music’s new feature in iOS 12, you can now request songs of Siri on the HomePod simply by naming some of the song’s lyrics. For example, you can say, “Play the song that goes ‘I’m a rebel just for kicks now.’” This will be a great feature for when you can’t think of a song’s title; normally on those occasions, I turn to a quick web search, but now I won’t have to.

Find My iPhone is coming to the HomePod, with the ability to ask Siri to ping one of your devices to help you find it. It may not be the most exciting feature, but once you have a HomePod it’s natural to send all your Siri requests to that device, so having one less thing that the HomePod can’t do is worth celebrating.

Lastly, Apple mentioned in a press release that HomePod 12.0 “adds support for Spanish in the US, Spain and Mexico, and expands support in Canada with Canadian French.”

HomePod 12.0 may not hold any revolutionary new features, but even just as a catch-up release, it’s a welcome one. It’s not uncommon for a year’s new product category entry to only receive a minor software update in the months that follow (see 2015’s Apple Watch and Apple TV), so I’m not particularly disappointed in this release. Come next year though, I hope we see something more exciting for Apple’s smart speaker.