You’d think the Apple Store in London just opened! According to the Mail, hundreds of brokers line up every night to purchase contract free iPhones to send to Middle East and Asia. 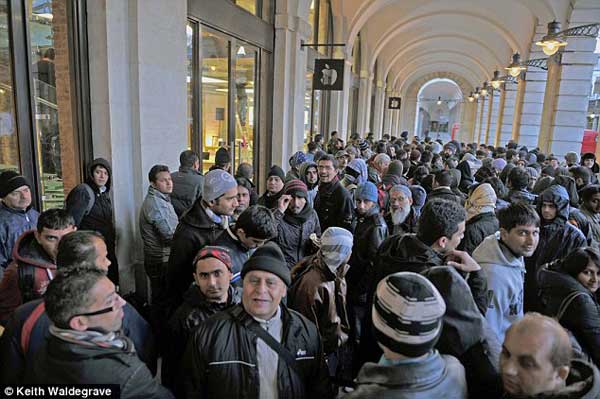 The brokers are hoovering up supplies of the new phones which they can sell for vastly inflated profits to customers in Eastern Europe, the Middle East and Asia where the phone is not yet on sale. The brokers are targeting the company’s stores in Britain because the UK is one of only a handful of countries which sells contract-free versions of the new video phone.

The demand for the iPhones is building up massive lines outside stores overnight. Fights have been known to happen and some stores are opening earlier than their advertised time of 9am in order to reduce crowding. When ‘genuine’ customers arrive, they’re told that all unlocked or contract-free phones are sold out. This doesn’t seem fair to us Apple Geeks but as Wu-Tang says, “Cash Rules Everything Around Me” (C.R.E.A.M).