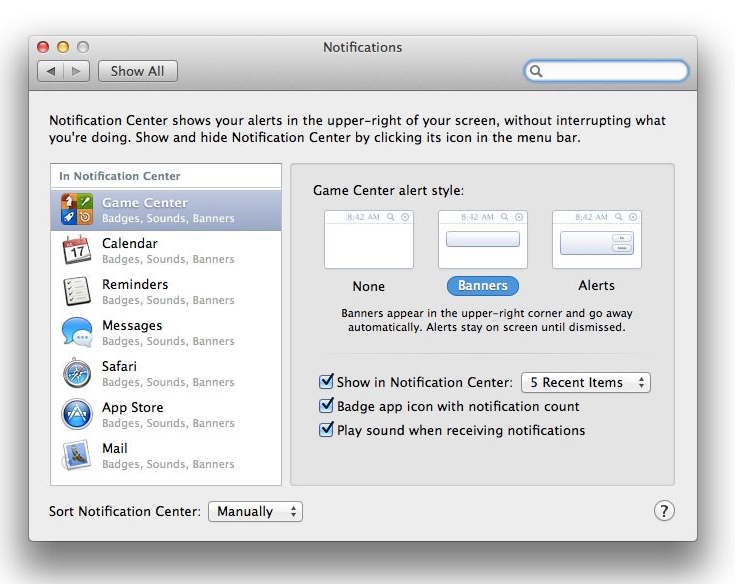 Last week Apple revealed its new Mac operating system, Mountain Lion, due out for this summer. While not a complete overhaul, 10.8 is a polished update that adds many similar functionalities from iOS 5. Among these changes, and one of the most important pieces, is Notification Center. As the name suggests, it is basically Notification Center ported from iOS, running at a system level on Mountain Lion. Besides having the same UI elements we see on our iPads and iPhones everyday, it also has a badge mode much like Growl, our favorite open source notification system for OS X. It’d be fair to say that almost every OS X die-hard uses Growl, as it’s very customizable with function and appearance. Last year, the Growl team overhauled the app and submitted it to the Mac App Store, where it quickly became one of the most popular utilities in the Top Paid charts.

Following Apple’s announcement, some people have said Notification Center will create a problem for Growl, as Apple’s own solution could hurt Growl by replacing its functionality on OS X. Now, as far as I know, Mountain Lion’s Notification Center will only work with Mac App Store apps, so Growl could still have a place for third-party apps that are installed outside of Apple’s storefront, as allowed by Gatekeeper.

Growl doesn’t seem to think Notification Center will immediately hinder installation or usage of their app, either. In a blog post from February 17th, the developers say Growl still has room in OS X to play with. They have listed some points as to how Growl will continue to go forward:

The Growl developers are optimistic even though they are going to have to compete with Apple. With Growl 1.4 already in beta testing (with many great improvements) and work on Growl 2.0 underway, I wouldn’t say Growl has been been “Sherlocked” by Apple’s announcement.