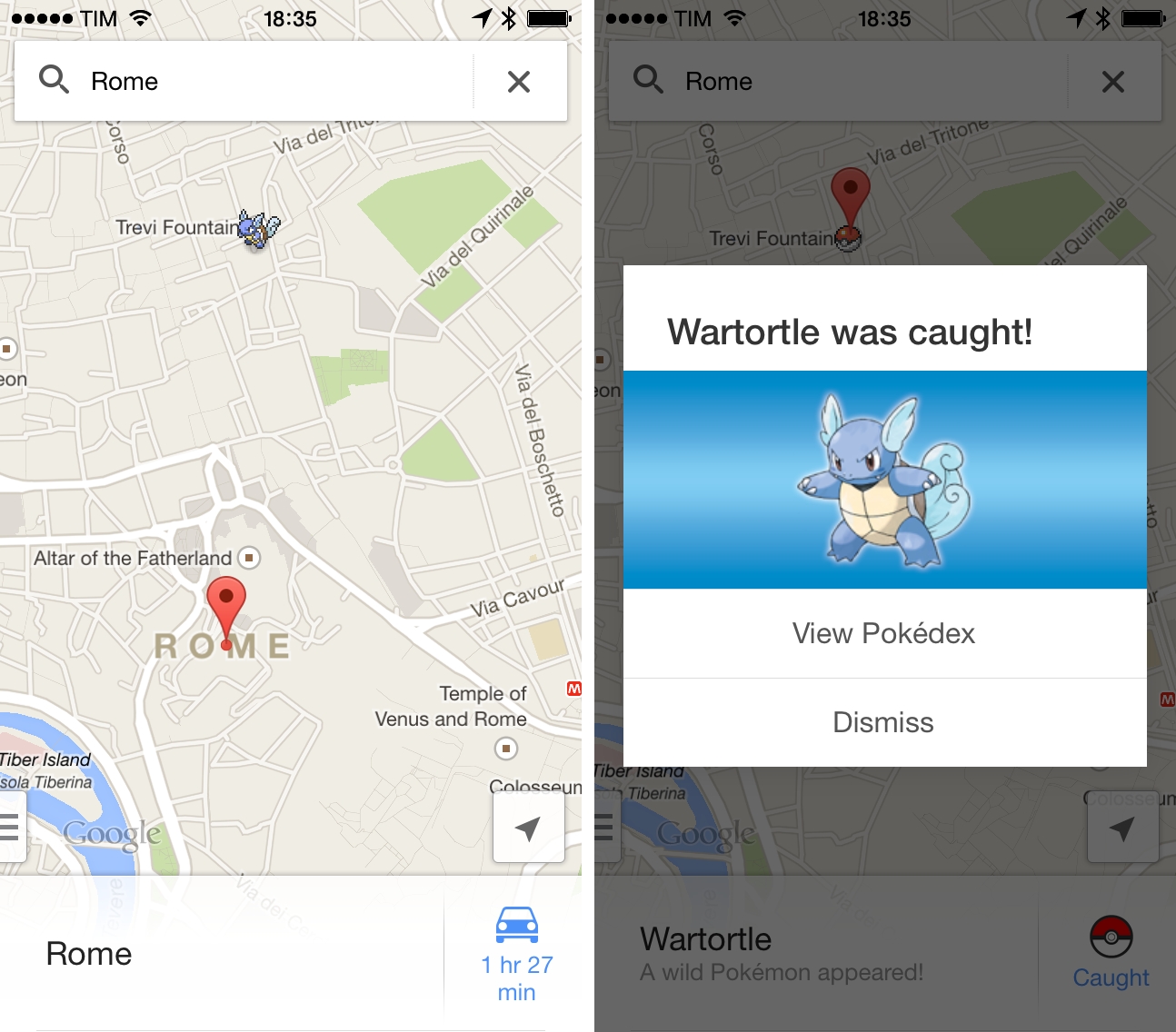 For this year’s April Fools’ Day, Google has decided to turn its Google Maps app for iOS and Android into a Pokémon experience by letting users catch 150 Pokémon to become Pokémon Masters and complete a Pokédex inside the app. The feature, called Pokémon Challenge and announced in a promo video that shows augmented reality functionalities and virtual monsters captured using a phone’s camera, is actually based on Pokémon characters laid on top of Google Maps’ traditional view.

Dozens of wild Pokémon have taken up residence on streets, amidst forests and atop mountains throughout Google Maps.

To catch ‘em all, grab your Poké Ball and the newest version of Google Maps for iPhone or Android. Then tap the search bar, “press start,” and begin your quest.

Once enabled, the Pokémon Challenge will turn the app into a an experience aimed at exploring maps to find Nintendo’s monsters scattered across the globe. The locations of Pokémon aren’t documented anywhere yet, and the app will keep track of a user’s progress in catching Pokémon with a built-in Pokédex that displays additional details for each creature.

Google’s April Fools’ joke goes as far as having a Pokémon Lab available at the CERN in Geneva (and others at Google Japan and Mountain View) and Poké balls (the tools used to catch monsters in Nintendo’s franchise) laid on top of maps in the location where a Pokémon was previously caught. 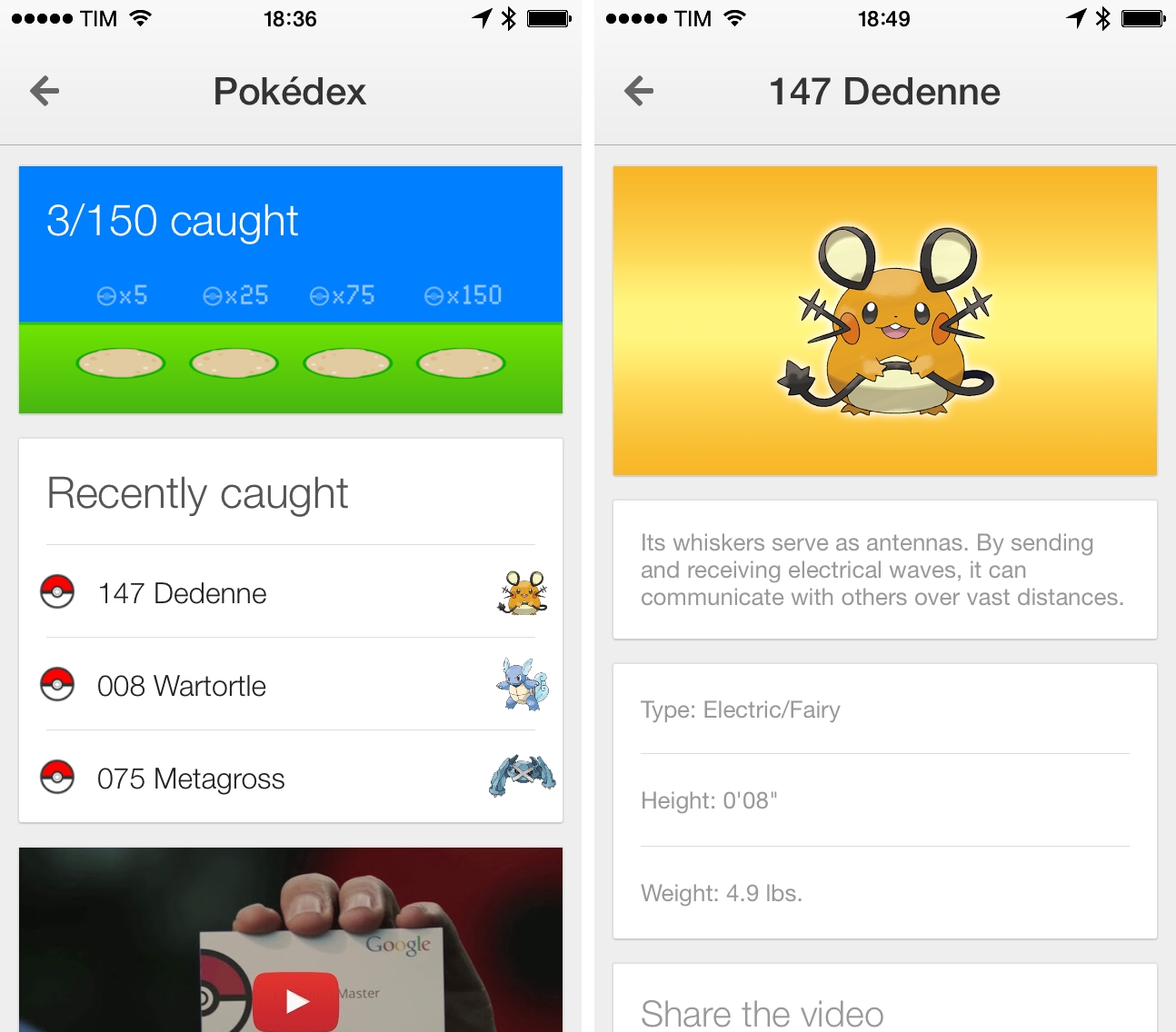 Google isn’t new to April Fools’ jokes, but this year the company hasn’t simply released a fake announcement or promo video – rather, the Pokémon Challenge is a full mini-game available inside the Maps app for iOS and Android with information about Pokémon and sharing features for players.

The Pokémon Challenge is available in Google Maps for iOS, and it doesn’t require an app update from the App Store.