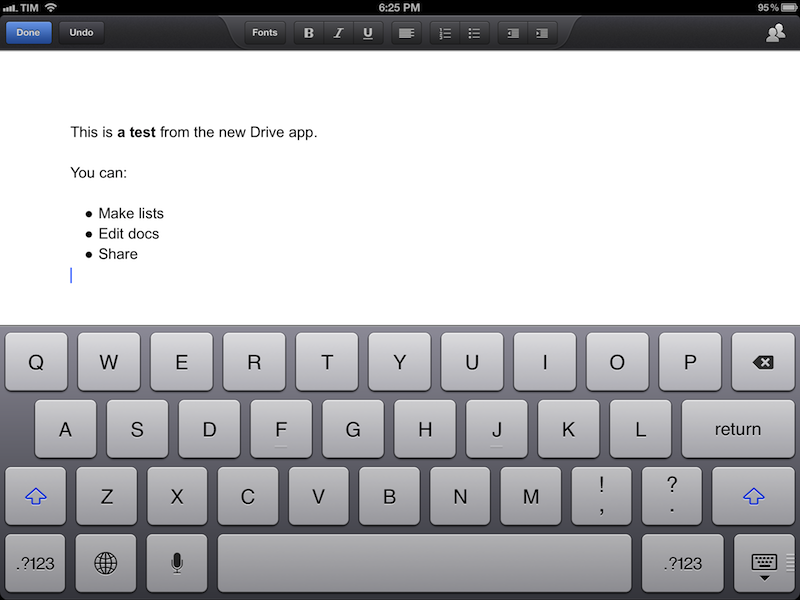 The official Google Drive app for iOS, available for free on the App Store, has been updated today to include support for editing documents directly on an iPhone or iPad. A major new feature of the app, users can now create new documents, edit them, format them, and share them with collaborators; the interface is reminiscent of Apple’s Pages word processor, with a formatting bar at the top to make text bold, italic, or underlined, insert lists, format paragraphs, and more.

In my tests, I have noticed the typing speed of the app’s cursor isn’t nearly as smooth as Apple’s Pages. Somehow, it feels like writing text inside a web view – there is a small delay between hitting a key and seeing a letter appear on screen – in spite Drive’s native nature. The aforementioned delay in typing is substantial enough to be noticed immediately and, I believe, could become an annoyance for many over time. However, it is quite impressive to see how Google managed to integrate live editing inside a document: if you’re collaborating with someone, you’ll see a green cursor appear on screen, typing words in real-time. You can also try this by opening the same document with your account on multiple devices and see what happens.

The formatting I applied on the iPhone and iPad correctly carried over to the web interface, which, obviously, still has more features, such as image uploading and easier link insertion. On iOS, you can’t paste images from, say, the Photos app onto Drive’s editing window; at least, however, Google implemented a font-picking menu with possibility to choose text and background color.

Also noteworthy in this update is the option to move files and delete them. Photos and videos can be uploaded directly from the iOS Camera roll (you can also create new ones with a Camera menu) and, if you use presentations, you should see richer animations and speaker notes (I haven’t been able to test this feature).

Overall, while not as fluid and responsive as Apple’s Pages, Drive’s document editing offers some solid online collaboration functionalities and decent formatting options. Personally, I don’t use Drive for file storage, so I was only interested in checking out the document editing aspect, and I didn’t came away disappointed by it. I wish that in a future update Google will figure out a way to integrate online editing while improving typing responsiveness, which isn’t that great right now.

You can get the app for free on the App Store. 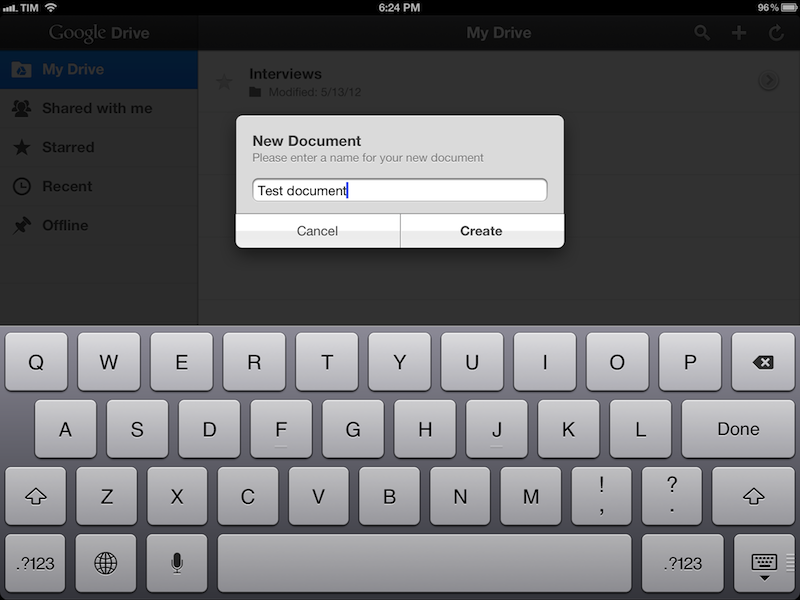 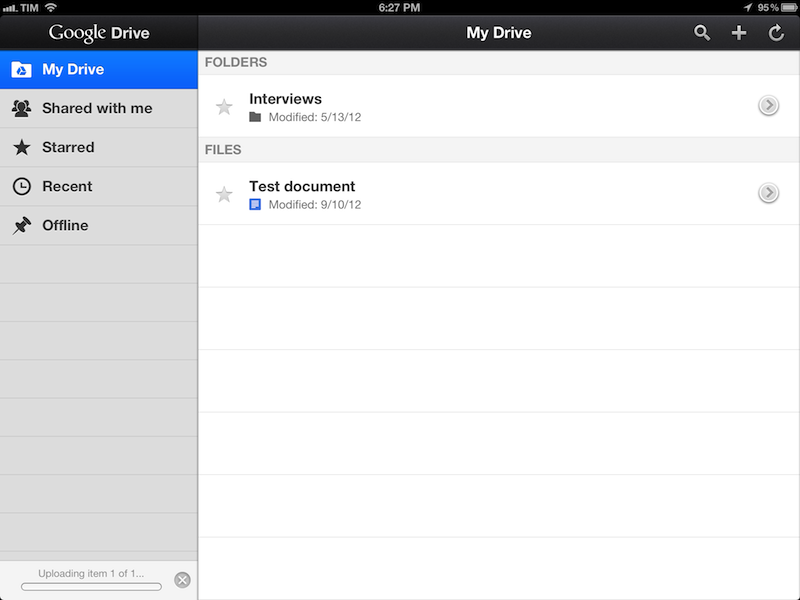 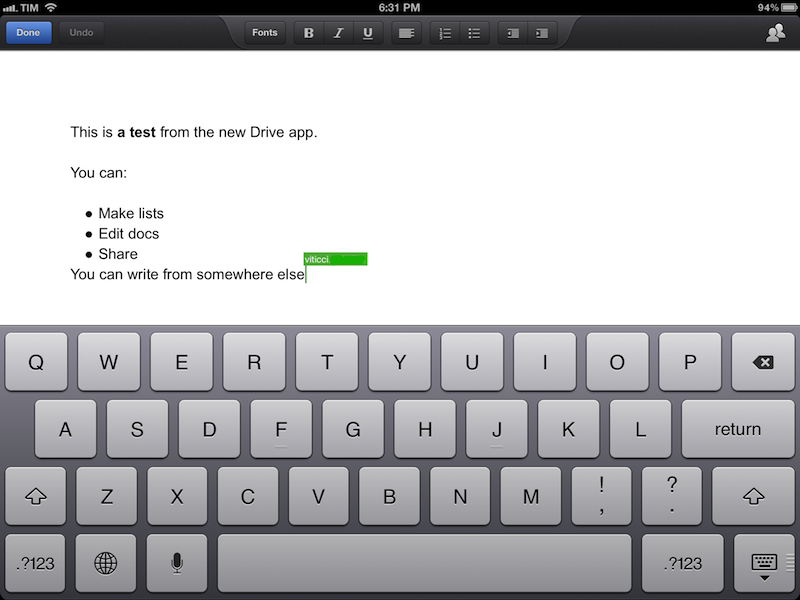