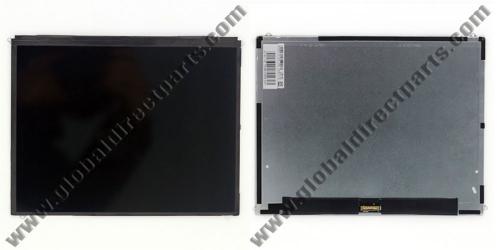 Over the weekend, several blogs reported of “2x” graphic files (which we spotted last August) found in the iBooks application binary that suggested an increased resolution in the next generation iPad. Apple, in fact, uses the “2x” suffix to separate graphic elements belonging to non-Retina devices from those designed for the iPhone 4 Retina Display. The rumored increased resolution for the iPad 2 would be 2048x1536 pixels, double the current one.

As noted by MacRumors, website GlobalDirectParts (the same company that posted leaked photos of the CDMA iPhone parts weeks ago) is now selling an “iPad 2 LCD Screen” for $218.19. The website also sells screens replacement for the first-generation iPad and a variety of other Apple products. The $218.19 price point seems to suggest higher production costs for the new screen, which may or may not imply a higher resolution built-in the unit.

The same website has also update its catalogue with an “iPad Vibrating Motor” (the current iPad doesn’t have vibration like the iPhone) and a white iPad 2 that, however, it’s just a mockup from a few months ago. According to recent speculation, the iPad 2 will come out in the first two weeks of April with an SD card slot and a higher resolution screen.