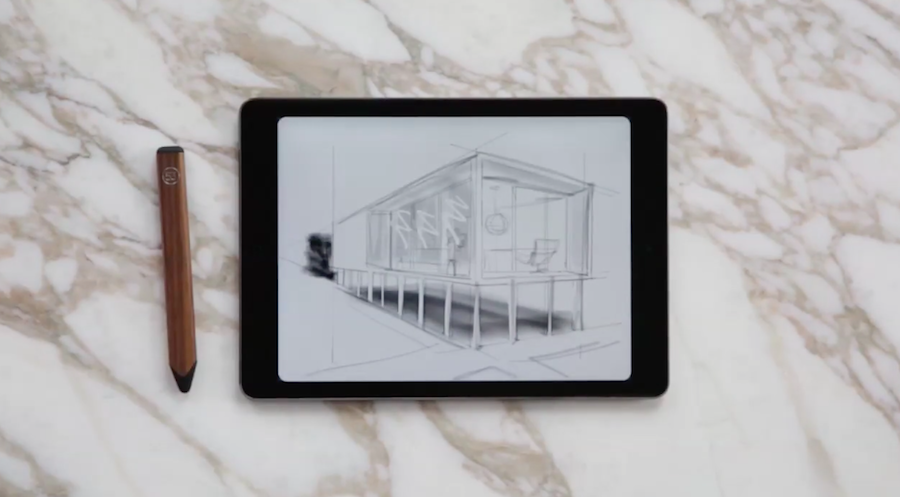 FiftyThree, makers of the popular iPad sketching app Paper and Pencil hardware accessory, have today announced Surface Pressure, a feature that will allow Paper to determine the thickness of lines drawn with the Pencil on iOS 8.

In the current version of Paper, Pencil users can’t control how lines are drawn on the screen by changing the angle of the stylus’ tapered tip or applying a different pressure as they would with regular pen and paper or a tablet that supports pressure sensitivity, such as Microsoft’s Surface. Pencil, which was launched last November in an effort to provide Paper users with an official hardware product specifically designed for the app, connects to an iPad via Bluetooth, but more advanced features for tip recognition on a multitouch surface require deeper integration with the OS.

According to MacRumors, iOS 8 will add a new “variable touch sizing” technology that will let developers recognize the size of touch points on a device’s screen and modify the behavior of their apps. As shown in a promo video published today, FiftyThree is taking advantage of the new APIs in iOS 8 to bring a more natural experience to Pencil users: thin lines and fine details will be possible by touching the screen with the Pencil tip, while the larger surface of the Pencil’s angled edge will allow to draw shades and broad strokes smoothly and without changing settings on the screen.

Surface Pressure unlocks new capabilities for each of Paper’s tools—fill faster as you draw, shade as you sketch, or carve away in varying widths as you erase.

Stay in the flow and change drawing styles simply by changing the way you hold Pencil—no stopping to fuss with the settings menu. This new feature is unique to Pencil and will be unlocked for all existing Pencil users with an update to Paper this Fall.

According to FiftyThree, Surface Pressure will be released this Fall with iOS 8, and the company is working to bring Pencil to more international markets. You can watch the promo video below.