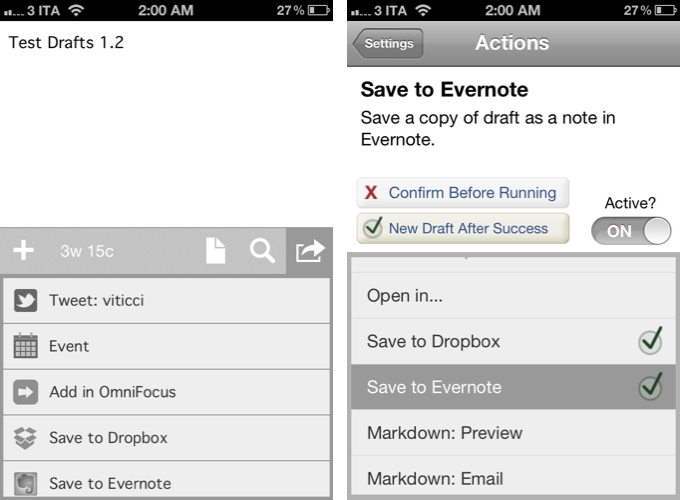 Agile Tortoise released version 1.2 of its “quick note-taking” app Drafts today, adding support for Facebook and Evernote. As an Evernote user, the addition is more than welcome, as I now have the possibility of quickly saving a time-stamped note into my account in seconds. Previously, I used FastEver for this functionality. I don’t post to Facebook much, but the integration sounds handy as well:

Like Drafts’ existing twitter features, this update adds the option to post drafts to Facebook. The first time you post you will have to go through an authorization process, allowing Drafts access to your wall – from then on out it’s a simple tap. Those of you that use the Facebook app know, launching it and waiting for it to load to post an update is cumbersome – now you have a quick alternative.

Other improvements in Drafts 1.2 include a new “new draft after success” setting, support for calendar event creation, and integration with OmniFocus notes and Due. These add to the new icon, fixes, and Dropbox support that came in Drafts 1.1.