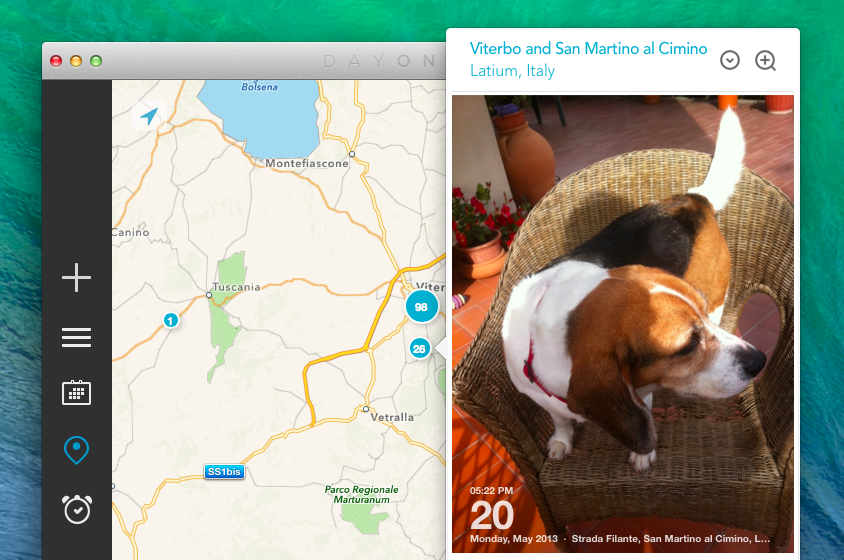 With Mavericks, Day One for Mac has been updated to version 1.9, which brings some notable new features and improvements to browsing the timeline. The first, Mavericks-only new feature is the Map View with location editor: thanks to the new MapKit offered to developers in Mavericks, Day One for Mac can now show you a zoomable map with blue indicators for every location where you’ve previously created a journal entry from.

The map view is based on Maps data, which means that it’s generally beautiful but data accuracy may be inconsistent for your area. In Day One, blue dots show a number for the entries assigned to a location, and the more you zoom in, the more Day One spaces out the location indicators for more precision. Click one, and a popover listing entries created at that location comes up, showing photos and text. You can click an individual entry to open it in the app, or click the triangle icon in the popover to further zoom into the map, create a new entry at the selected location, or open the location in Mavericks’ Maps app. The Map view is really well done as it provides another layer of visual memories: alongside photos and text, a map can reinforce a memory by allowing you to remember exactly where you were when jotted down a quick thought or took a picture of your friends. 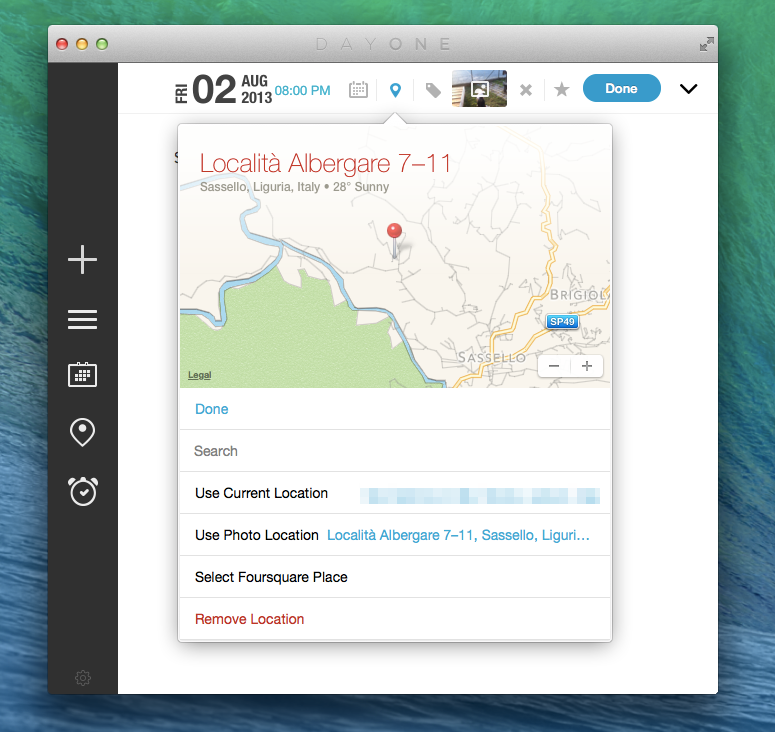 When adding or editing entries, there is a new location editor that lets you assign a location from your Mac using, like the iOS app, Maps or Foursquare data. You can pick locations from a popover that shows an embedded smaller map view and you can also search for locations manually.

There are several other improvements in Day One 1.9 –  to name a few: there are new keyboard shortcuts and filters to quickly browse your timeline by year, tag, or starred status; you can attach pictures using your Mac’s camera and there’s improved weather data for entries; the app’s icons have been redesigned, there are new timeline headers to better indicate months and years, and many menus have been improved (such as the tagging screen).

Day One 1.9 brings features that make the app more powerful, personal, and easy to use. It’s $9.99 on the Mac App Store.