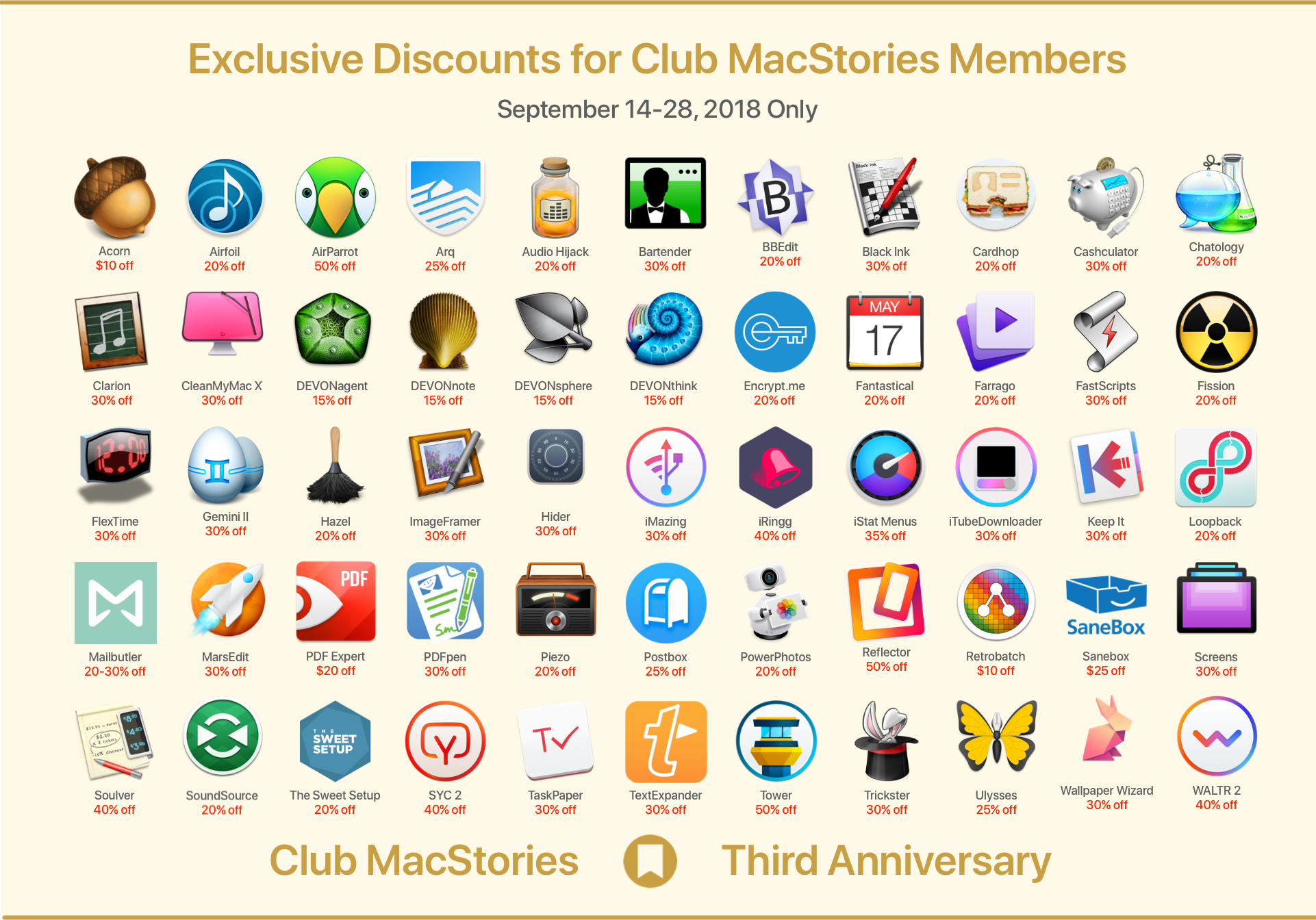 The success of the Club wouldn’t be possible without its members, many of whom have been part of it since the very first day. Thank you. We sincerely appreciate your support and for helping make it possible for us to do what we love.

To celebrate the Club’s anniversary this year, we have assembled a stellar list of exclusive Club discounts on apps and service from our friends in the developer community. Their generosity has been overwhelming, and we can’t thank them enough for contributing to the celebration. This year we have over 50 apps and services from 30 developers, including:

(See club.macstories.net/anniversary/ for the terms and conditions regarding each deal)

Club members can log into their membership account and access these deals from a special webpage that we’ve set up just for you. The discounts will be available for two weeks from today through September 28th.

There are even more perks coming for Club members, including a free edition of the eBook version of Federico’s iOS 12 review, the ‘Making Of’ the review, a bonus episode of AppStories, and other special surprises.

Thanks again to our Club members. We appreciate the hard-earned money you spend to be part of our growing community. We love making the newsletters for you every week. If you’re an annual member and your subscription is expiring, we hope you’ll join us for year four. We’ve got big plans for the Club and would love for you to be part of them.