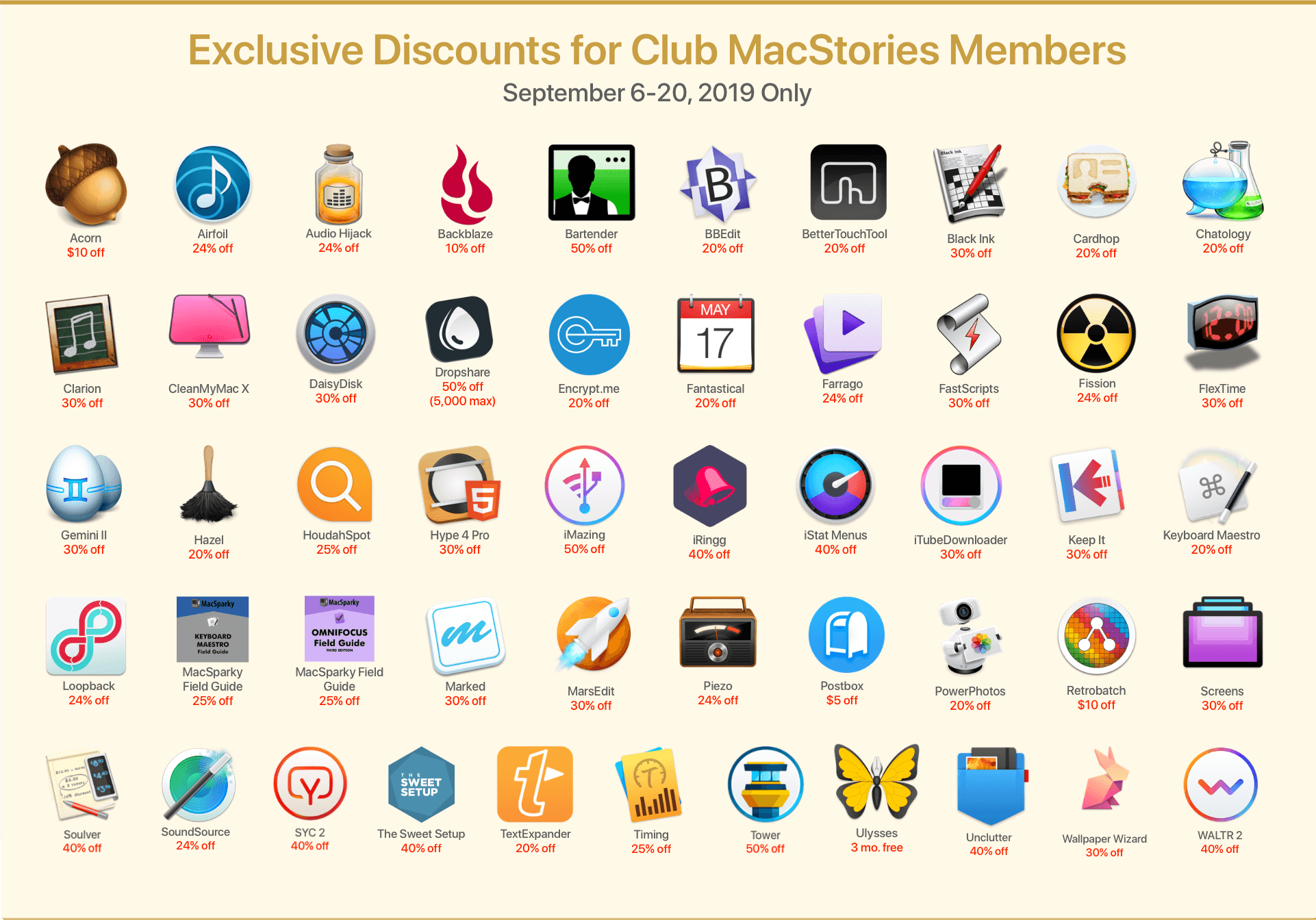 This time every year, we like to pause to mark the anniversary of Club MacStories and thank all of our members for being part of what makes MacStories special. So, whether you’ve been along for the ride all four years or just signed up this week, thank you. We sincerely appreciate your support.

In just four short years, the Club has become part of the fabric of MacStories. It’s helped us weather changes in the online media industry that have hurt so many other sites. More importantly, though, Club MacStories has provided us with an outlet to share more of the apps we love and the stories behind them than we could do otherwise.

The Club has also played a big role in MacStories’ expansion these past four years, just as Federico hoped when he announced it in 2015:

On top of the extra content that you pay for, you’ll also get a chance to be an awesome reader who makes a direct contribution to the MacStories team. Effectively, Club MacStories will enable us to expand and produce even more articles for the site. It’s a virtuous cycle: I want to keep writing MacStories forever – if that wasn’t clear enough – and I want to keep reaching new readers every day together with my team. Hopefully, with time those readers will find MacStories valuable and they’ll choose to become Club members, getting more great content in return and facilitating further expansions.

The virtuous cycle Federico imagined materialized and has allowed us to play to our greatest strength at MacStories, which is writing thorough, thoughtful analyses of apps and other topics. It has also permitted us to branch into podcasting and take on broad-scope projects like the celebration of the App Store’s 10th anniversary last year and MacStories Selects, our annual picks of the best apps in a bunch of categories.

To celebrate the Club’s anniversary this year, we have collected another amazing list of exclusive Club discounts on apps and services from our friends in the developer community. Every year, their generosity is amazing. Thanks to every developer for both contributing discounts to our celebration and for the apps you make. Despite the length of time we’ve been writing about apps, we’re still surprised and delighted all the time by your amazing creations.

Starting tomorrow, September 6th, we have over 50 app discounts from more than 30 developers, for a total of almost $600 worth of potential savings:

Please see club.macstories.net/anniversary for the terms and conditions regarding each deal.

Club members can log in to their membership account and access these deals from a special webpage that we’ve set up just for you. The discounts will be available for two weeks from tomorrow, September 6th through September 20th.

But that’s not all. There are even more exclusive perks coming for Club members throughout the month of September, including:

Thanks again to our Club members. We appreciate the hard-earned money you spend to be part of our growing community. If you’re an annual member and your subscription is expiring, we hope you’ll join us for year five. We’ve got big plans for the Club and would love for you to be part of them.

Please also take the time to help spread the word about the Club. With your help and the assistance of new members, we’ll be able to continue to deliver more of everything you love about MacStories every week.