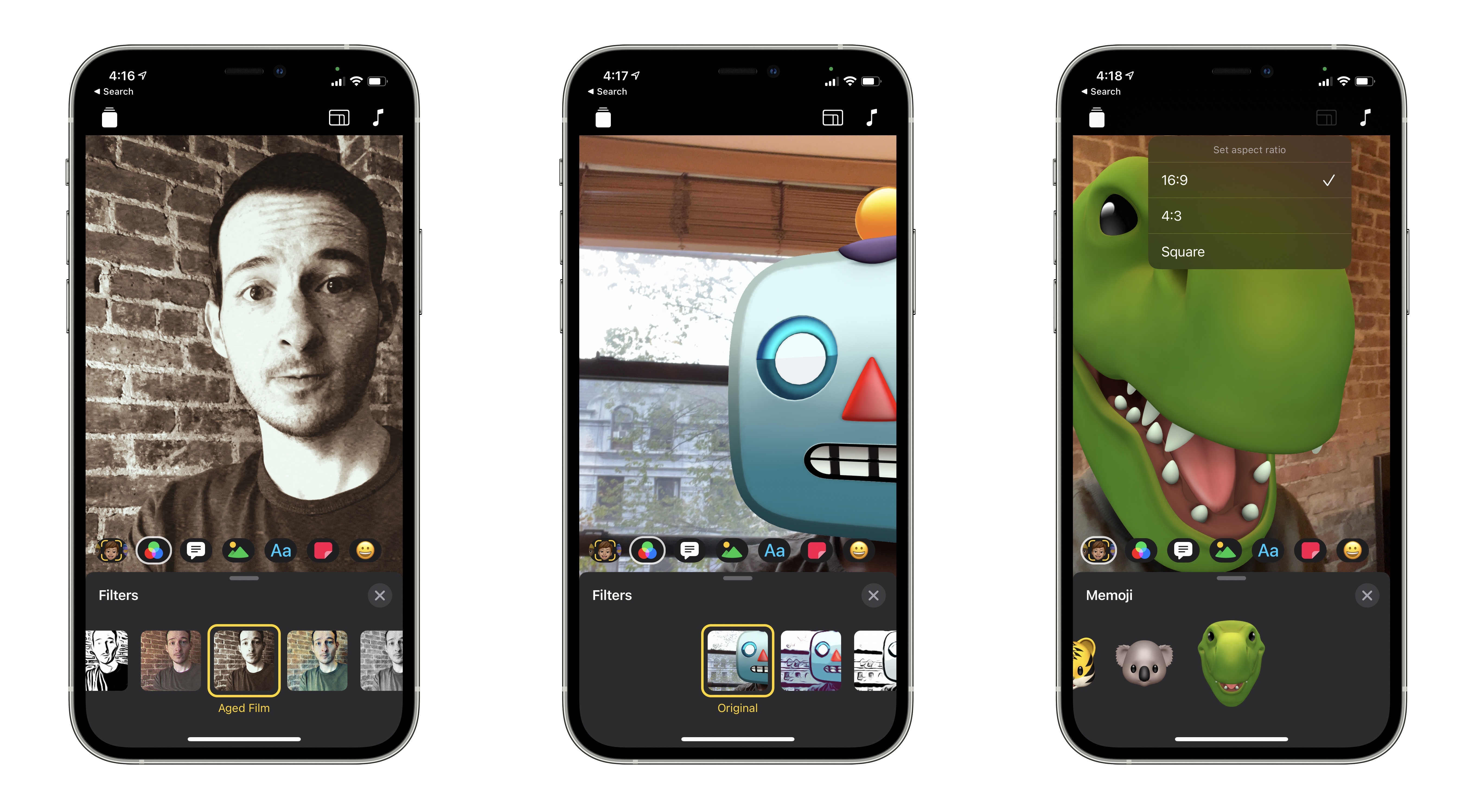 Clips is finally growing up.

Since its debut in 2017, Clips has offered a variety of fun, easy to use tools for making or editing videos, but it has always been hamstrung by one severe limitation: you could only create videos with a square aspect ratio. I’ve always found Clips far more accessible than other video creation apps, such as Apple’s iMovie, because it was designed from the ground up for mobile. The inability to create standard widescreen videos, however, or even portrait videos for Instagram stories, was a dealbreaker. As a result, my use of Clips has only been intermittent; despite liking the app a lot, I’ve only ever created two legitimate projects with it.

My use is sure to increase now. With today’s 3.0 update for Clips, Apple is finally eliminating the app’s requirement for square video while simultaneously making its iPad experience far better than before. Clips 3 is what the original app should have been, and it might just mean Apple finally has the ingredients for a hit.

Opening the updated Clips app makes clear that the app has changed, since you’re immediately greeted by a larger camera view than the square that was present previously. Clips now supports both horizontal and vertical video, and will dynamically update based on the way you hold your device. The default UI layouts are geared toward vertical videos on iPhone and horizontal on iPad, and I’ve had problems where horizontal videos shot on iPhone, and vertical on iPad, have been captured incorrectly, resulting in black bars on the sides. But that issue seems to be inconsistent, as sometimes the app will properly account for device orientation and shoot in the correct aspect ratio as a result.

Regardless of how you shoot a video, you edit a project on iPad that was created on an iPhone, retaining the original aspect ratio; the same goes for editing on iPhone after shooting on iPad. You’ll want to be careful that your project contains only vertical or only horizontal video, however, rather than mixing the two. 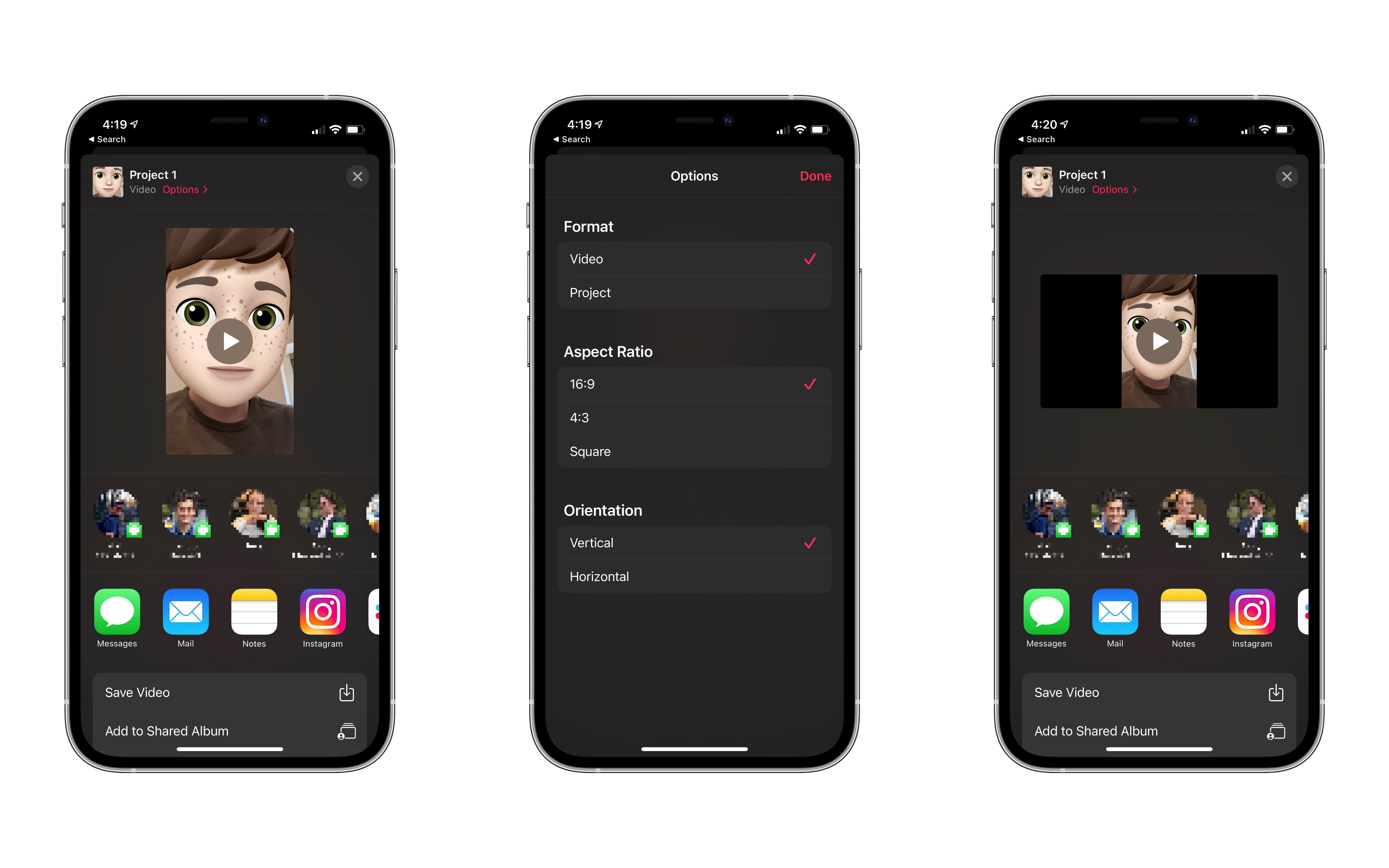 Regardless of what device you’re using, tapping the layout button in the top-right corner of the UI reveals two different options for each orientation: 16:9 and 4:3. You can still revert to the old square orientation too. If you want to export in an orientation that’s different from how you shot the video, that’s an option too. You’ll simply end up with a video with black bars to accommodate the changed aspect ratio. In the share sheet there’s a small Options button at the top of the screen which provides the full range of settings to choose from.

Features like Selfie Scenes have been updated to take advantage of Clips’ newly supported aspect ratios, and the layouts of effects and media tools have been tweaked to accommodate the updated UI too. 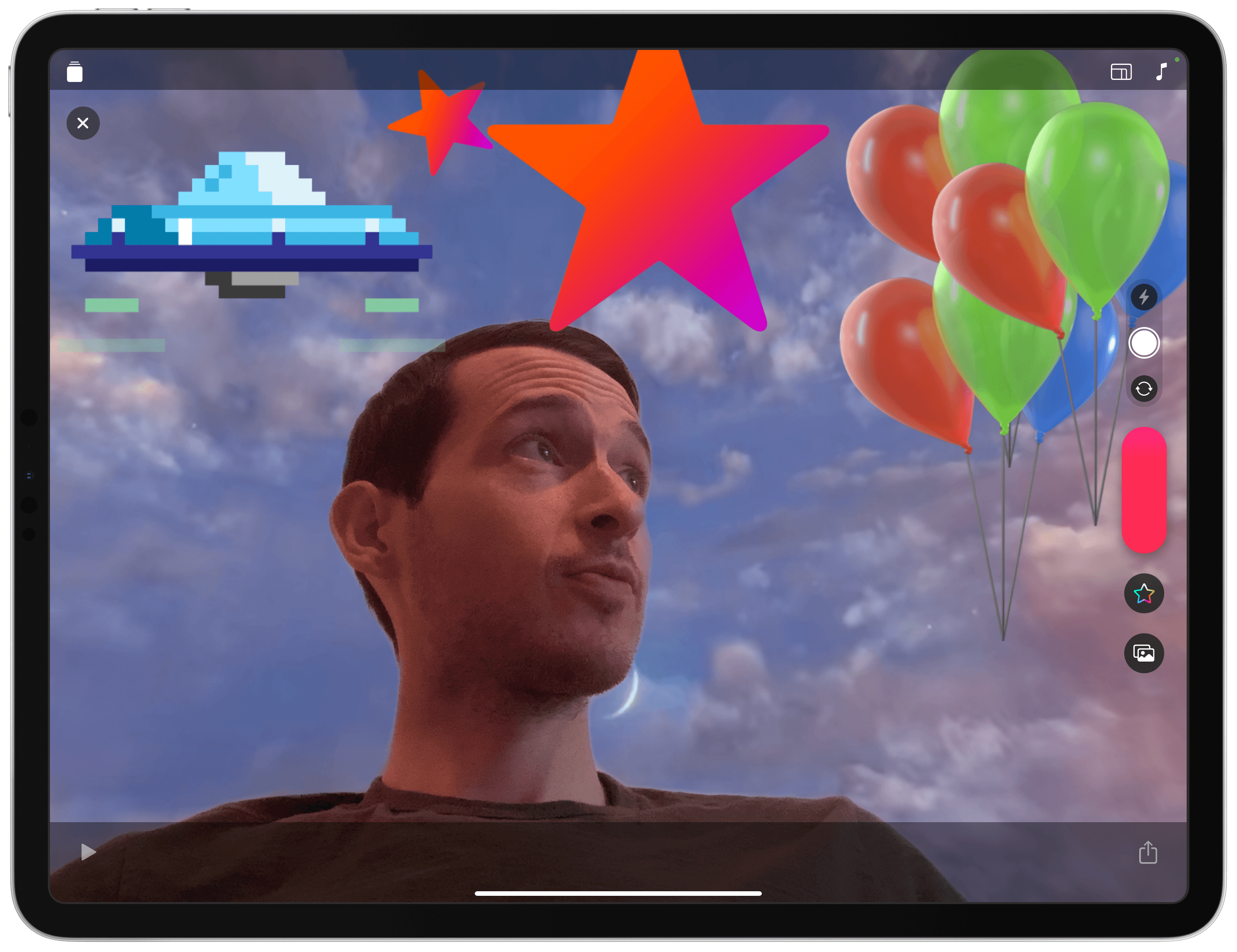 On the iPad, Clips now acknowledges the reality that lots of iPad users own attachable keyboards, such as the company’s Magic Keyboard, and as a result use the device in landscape orientation. Previous versions of Clips for iPad only worked in portrait, making its UI simply a larger version of the iPhone app. Now there’s proper landscape support, offering the perfect setup for shooting and editing a horizontal video.

Clips for iPad already offered iCloud sync with the iPhone version, making it a nice platform for editing videos shot on your iPhone. The app has been updated to work better with pointing devices like trackpads, and text input fields now support Scribble too, though I wish I could Scribble on-screen during a video.

Along with these major changes to the app, Clips 3.0 also adds a variety of new content for creating the perfect video: things like stickers, soundtracks, and more. If you’ve never given the app much of a try before, there are a lot of fun tools to explore.

The UI for accessing effects and media pickers has been updated and made easier to navigate. While I didn’t have a problem with the navigation controls in the previous version, I nonetheless think these changes will benefit new users.

Finally in miscellaneous details, Apple notes that the app is optimized for shooting HDR video using the iPhone 12 and 12 Pro. No surprise, but good to know.

Traditional video editors that began their life on the Mac have never felt intuitive to me. Clips, however, was accessible from my first use, and the app has been refined to grow more user friendly ever since. The biggest thing that’s always held it back has been a stubborn insistence on square video. Apple fixing that problem, while simultaneously making the iPad app more enjoyable to use thanks to landscape support, makes me far more likely to turn to Clips the next time I have a video to edit. I’m hoping today’s updates also lay the groundwork for a Mac version in the future, even if it’s limited to Apple silicon Macs.

Clips 3.0 is available on the App Store.