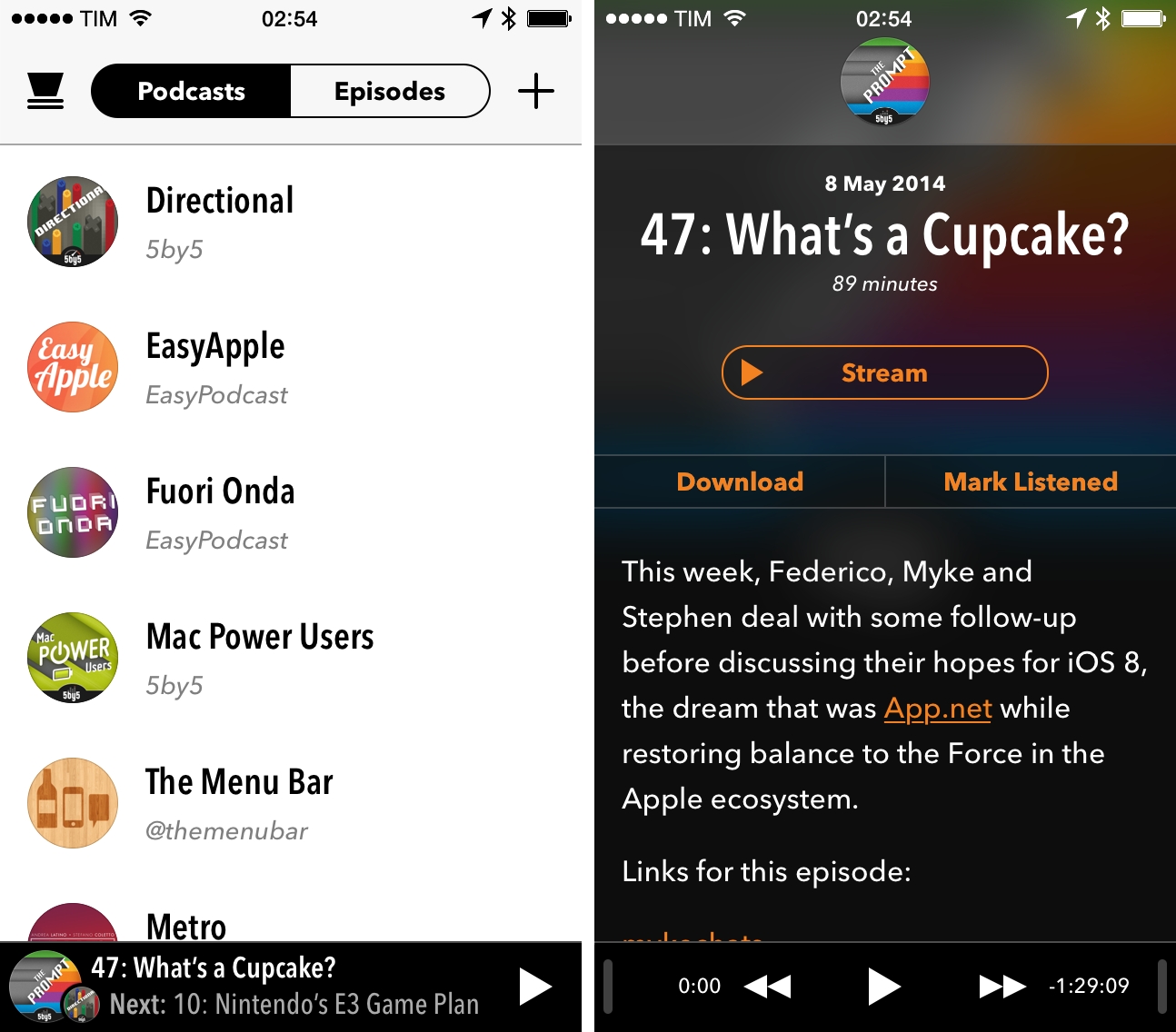 We first talked about Supertop’s Castro, a podcast client for iPhone, when it came out in December, noting how the app fit well with iOS 7’s aesthetic and implemented cool features such as fast search and a peculiar scrubber. Today, Supertop has released Castro 1.1, a major update that further refines the app’s design and introduces new functionalities for playback controls.

Castro launched with circular show artworks and a translucent interface that, like others, adopted show colors to tint controls and other UI elements. Both choices haven’t been revised, but instead they’ve been tweaked for better legibility and usability: fonts have more weight to them (somewhat of a sign of a progressive shift towards bolder typography after the launch of iOS 7), buttons and toggles have been slightly redesigned, and the colors the app picks for the background feel more cohesive and less garish. In comparing Castro 1.1 to version 1.0 during the beta, I found myself preferring the updated look as it remains in line with the app’s former style but also makes labels and show notes stand out more and be more readable.

In terms of features, big additions include continuous play and a new pitch shift algorithm that makes shows played at slower or faster speeds sound better. Supertop has a demo on their website to demonstrate the advantages of the new engine, and while they admittedly sound more natural and less robotic, I’m personally not a fan of tweaking playback speeds and I never use such features when listening to podcasts.

Continuous play is welcome, but, unfortunately, it’s not backed by a queue functionality that allows you to manually reorder episodes in the queue. Castro has settings to play oldest or newest episodes after the current one, but it lacks the manual control granted by an Up Next-like queue system. 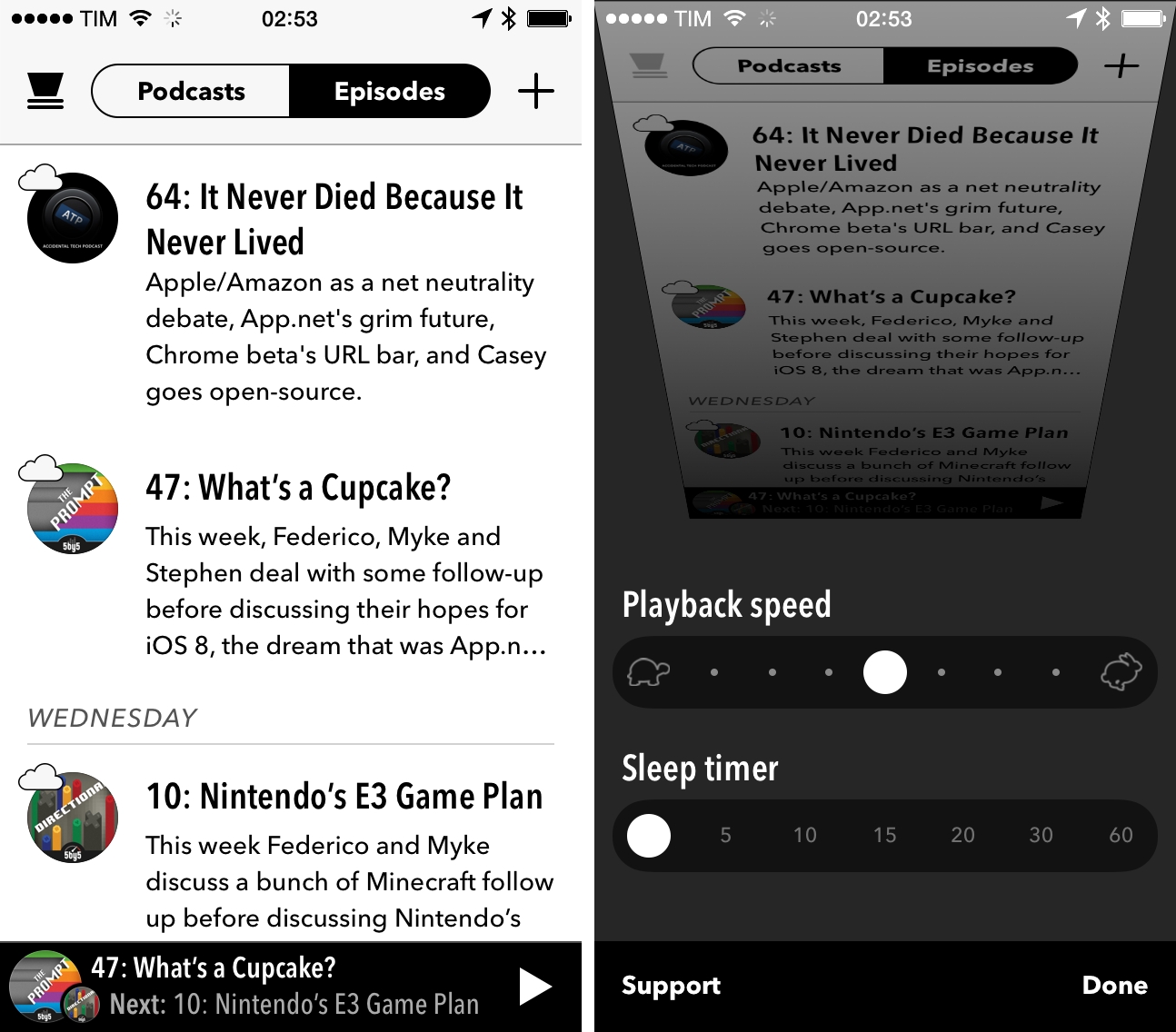 On the other hand, I appreciate the app’s new sleep timer, which resides in the Settings screen under Playback Speed. In Castro, the Settings screen can be accessed by tapping the icon in the main view or long-tapping the Play button anywhere in the app; in both cases, the screen flips back to reveal the Settings with a nice transition that quickly bounces to show options underneath. The sleep timer is well done – if it ends while you’re still awake, you can simply tap Play again to extend the timer and keep going.

Castro 1.1 is a nice evolution of an app that’s not meant to be a full-featured podcast client like Pocket Casts. Search is still impressively fast, and I find the app’s Episodes timeline to be one of the best representations of how I like to view recent podcasts thanks to its date headers, download indicators, and swipe gestures. Podcast clients continue to be a modern UI design playground for an evolving medium, and Castro 1.1 – available at $3.99 on the App Store – is a solid exponent in this field.