Do you remember Caffeinated, the app I called “the next big thing in RSS readers for Mac”? Of course you do. Well, I’ve just received another preview from the developer and I’m even more impressed.

This app is coming up huge guys: it’s beautiful, it’s slick, it’s fast. And by fast I mean “blazing fast”: I don’t know how Curtis managed to achieve this, but refreshing Google Reader took me 2 seconds. Really, 2 seconds. It’s even faster than Reeder on the iPhone. The theme has been improved and tweaked a little bit, and tons of new features are being added. 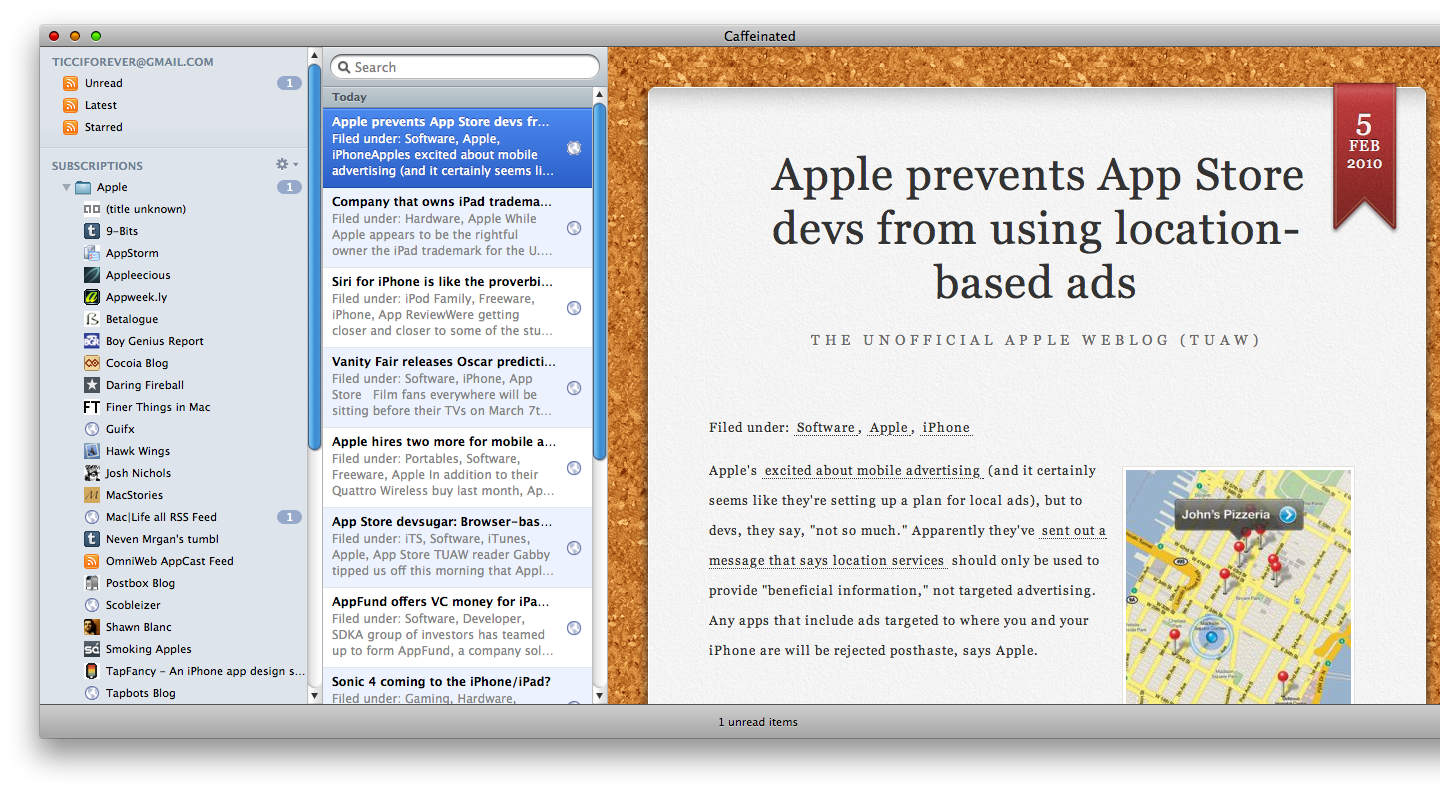 Still, no release date has been confirmed. In the meantime, be sure to follow @caffeinatedapp to get the chance to test it once the closed beta testing group will open.