Loren Brichter has had a lot on his plate recently. After all, the man who crafted the incredible beauty that is Tweetie now sings under the umbrella of Twitter. But before this whole spiel was made public, he led us on to a little preview of of the next version of Tweetie 2 for Mac. Obviously it was a joke, but somebody apparently took it to the next level.

When MacHeist came around and Loren showed up to save the show, some early previews of Tweetie were leaked to the public. And was it a thing of beauty. Just look at that interface! It’s so gorgeous, so eye throbbingly brilliant, even Apple themselves couldn’t come up with such a miraculous interface. 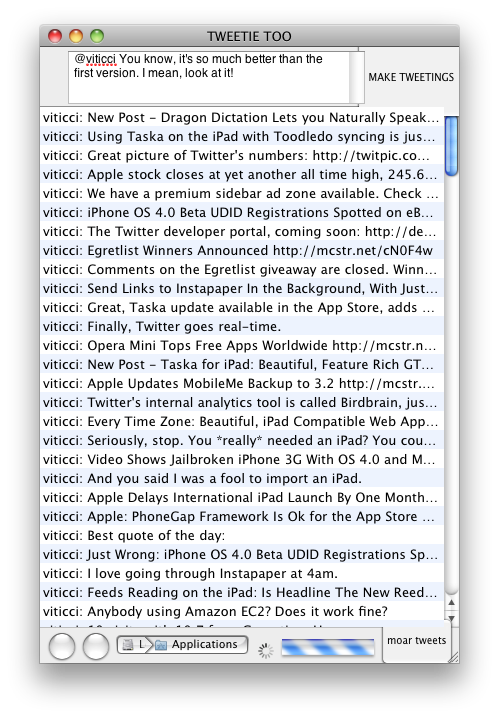 And now it can be yours, thanks to a lonely developer whose made my wildest dreams come true. Because it in fact, actually works, you sir, are a saint. A saint I tell ya. Download the preview here.