So here’s what happened: at the Q4 earnings call Steve Jobs grabbed the mic and started talking. No one expected Steve Jobs to be available at the conference, because Steve Jobs doesn’t usually attend earnings calls.

But it happened, and he went on a 10-minute long “rant” where he set the record straight about overly discussed arguments such as Google’s openness, Android’s sales numbers, Apple’s App Store and closed system and the rumored 7-inch iPad form factor. He’s still taking questions at the moment of writing this. 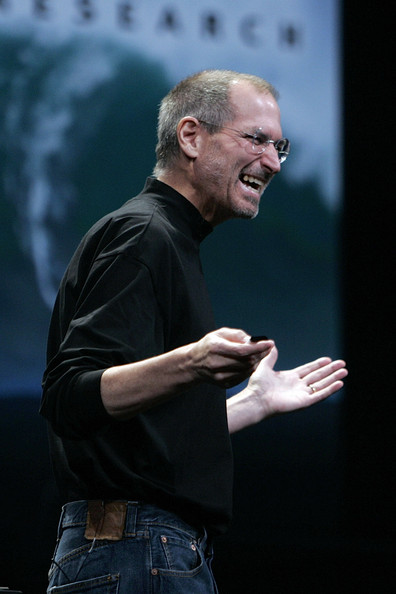 Here are some highlights:

- RIM can’t catch up with Apple and convince developers to create apps for 3rd ecosystem, after iOS and Android;

- Amazon, Verizon and Vodafone are creating App Store. Android is going to be a “mess” with 4 different stores available for developers;

- 10-inch is the minimum for tablet form factors. Users would have to use sandpaper to place their thumbs on a 7-inch model. Apple’s done testing on this, the 10-inch form factor is the sweet spot for tablet screens. So the 7-inch model is not happening anytime soon;

- 7-inch is too small to express the software developers want to put on a tablet; it’s not about cost, it’s about the value of a product;

- You can’t compare a smaller tablet to a smartphone. A smartphone fits in your pocket, there’s no need to ship a 7-inch tablet just to make it smaller, because most tablets users also own a smartphone;

- He thinks Apple has an advantage over competitors about the iPad price point;

- Apple believes in its approach of a device that “just works”; he thinks it’s the approach that will win in the end;

- “We’re not smart enough to figure out how to make a $50 smartphone yet” - nice stab at Nokia;

- Developers won’t write watered down versions of their apps just because you needed to release a cheaper device with slower processor and worse specs;

- “We’ve learnt a lot, we’ve developed a lot of our components”;

- “This [the iPad] is a product we’ve been training for for the last decade”;