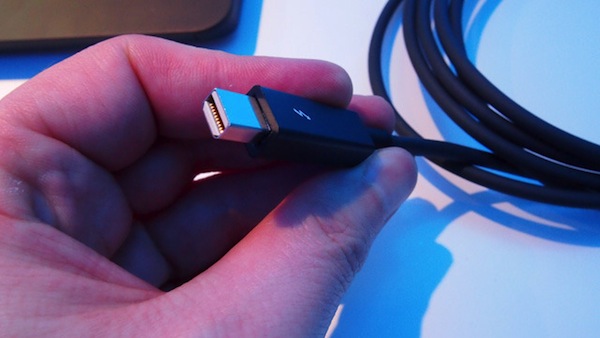 In an investigation for Ars Technica, Chris Foresman explores why Thunderbolt cables, more than a year after Thunderbolt debuted, remain at the expensive $50 and greater price range. Foresman dug into what the current situation was and discovered that apart from Apple, there is currently only one volume supplier of Thunderbolt cables that are likely rebranded by Belkin, Elgato, Kanex and others that offer Thunderbolt cables.

While other vendors are now offering their own Thunderbolt cables, prices have mostly stayed the same—in fact, some have gone up. We found this surprising; typically more vendors offering competing products leads to lower prices. And as the high cable price represents a fairly high barrier to entry for Thunderbolt devices, it relegates the standard to niche, early-adopter territory.

Foresman found that prices won’t really drop until early 2013 when a second generation design by Intersil will enter production. The current “first-gen cables” are based on a Genum transciever from Semtech that is built with silicon germanium which makes it much more expensive to produce.

It’s likely that Intel and Apple chose the Semtech part because it was either an already existing part that fit the requirements for Thunderbolt’s high 10Gbps bi-directional data rate, or Semtech had something similar that was easily adaptable.

The new design from Intersil does things differently by combining the cable’s microcontroller and transciever into a single processing chip and the power management and voltage regulators into another single chip - meaning the number of integrated circuits in the cable will go from 4 to 2. Intersil’s John Mitchell says to Ars that their solution is “half the chips, half the size, uses half the power, and cheaper conductors can be used. By the end of the year, cables will be less expensive.”