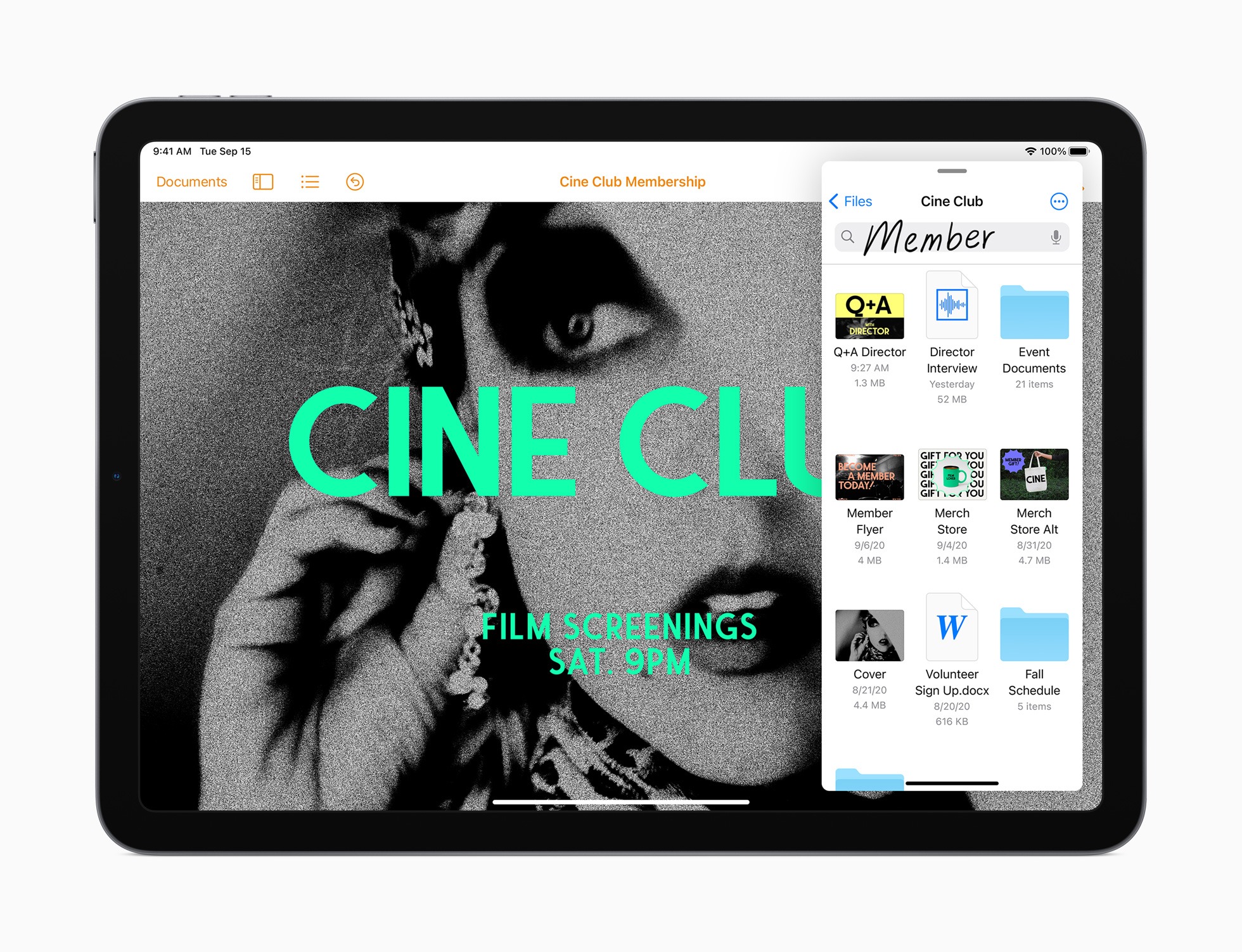 Apple events are always full of little details that don’t make it into the main presentation. Some tidbits are buried in footnotes and others in release notes. Yesterday was no exception, so after having a chance to dig in a little deeper, here is an assortment of details about what Apple announced yesterday.

Shortly after Apple’s event concluded, Logitech announced a new keyboard case for the iPad Air called the Logitech Folio Touch. The case incorporates a keyboard that connects to the iPad Air’s Smart Connector, an integrated trackpad, and a kickstand.

Logitech’s press release says that the kickstand has a 40-degree range of motion and can be folded against the back of the iPad when not in use, similar to Apple’s Smart Keyboard Folio. The Folio Touch keyboard, which is backlit and adjusts automatically using ambient light sensors, also includes a row of shortcut keys for returning to the Home screen, adjusting key brightness and speaker volume, plus media playback controls.

To protect your iPad, Logitech’s new case covers its back, and there’s a magnetic clasp to prevent the case from opening. Also, there’s storage for the second-generation Apple Pencil or Logitech Crayon. Logitech expects the Folio Touch to ship in October for $159.99. 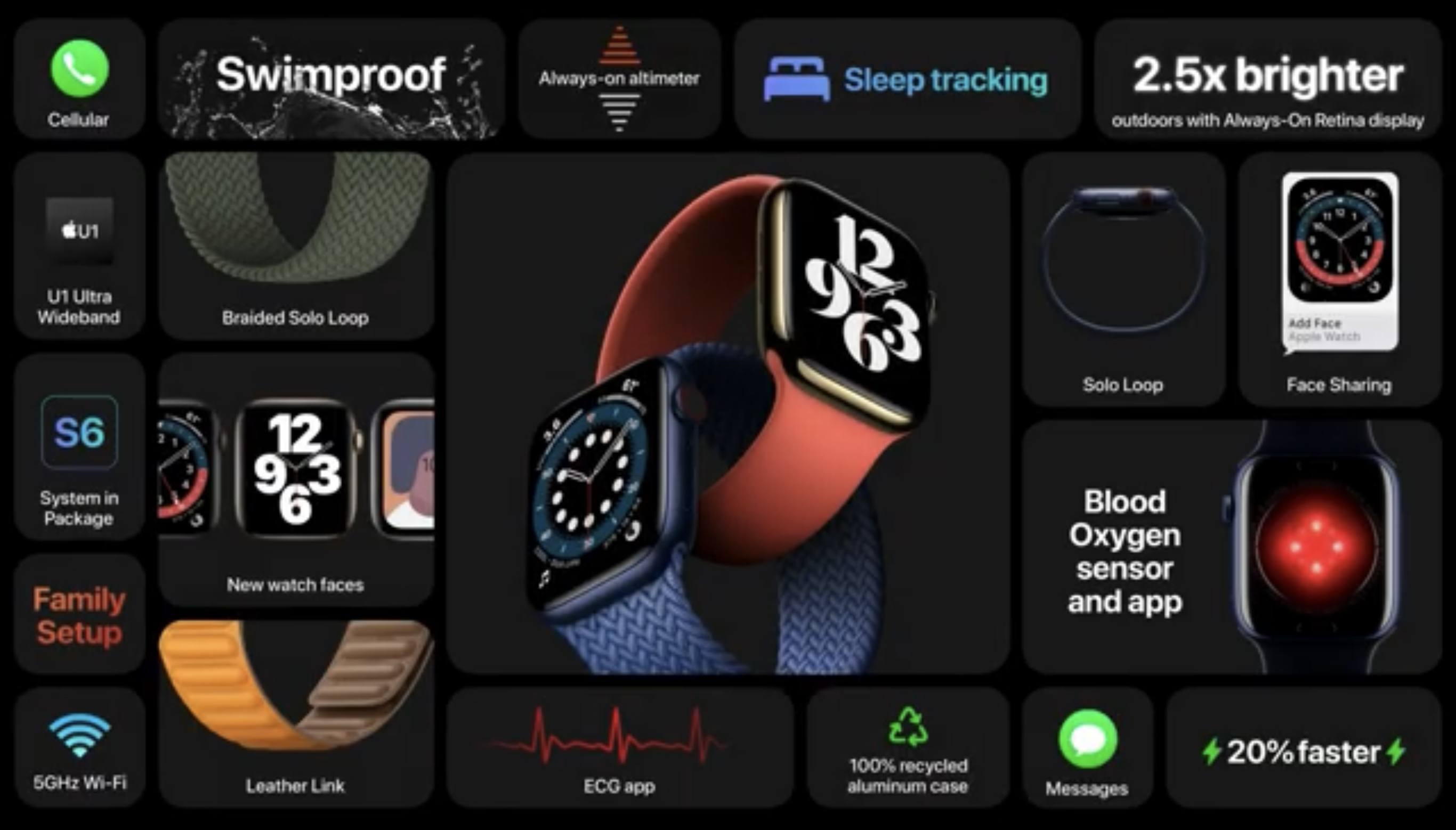 One of the casualties of the updates was the white ceramic Apple Watch, which is no longer available. Although the Series 6 added other Edition options and different aluminum colors for the Watch case, it’s no longer possible to buy the ceramic model, which started at $1,299 for the Series 5.

First revealed in a slide during the presentation, the Series 6 supports 5GHz WiFi for the first time and charges 20% faster than before. I’m particularly pleased with the faster charging. It takes a solid hour to 90 minutes to charge my Series 5 Watch when it’s below 10%, which feels like forever for such a small device.

The Series 6 Watch has a U1 Ultra Wideband chip that allows for a more precise measurement of distances between devices. Apple didn’t explain the addition, but as MacRumors suggests, one possible use is to locate items using the long-rumored AirTags.

Among the features of Apple Watch Family, which allows Apple Watches to be set up even if a user doesn’t own an iPhone, is Apple Cash Family, which MacRumors details in this story. The new feature is a way to provide kids with an Apple Pay balance they can spend. Parents can view their kids’ purchases in the Wallet app and receive notifications of purchases for up to five family members. 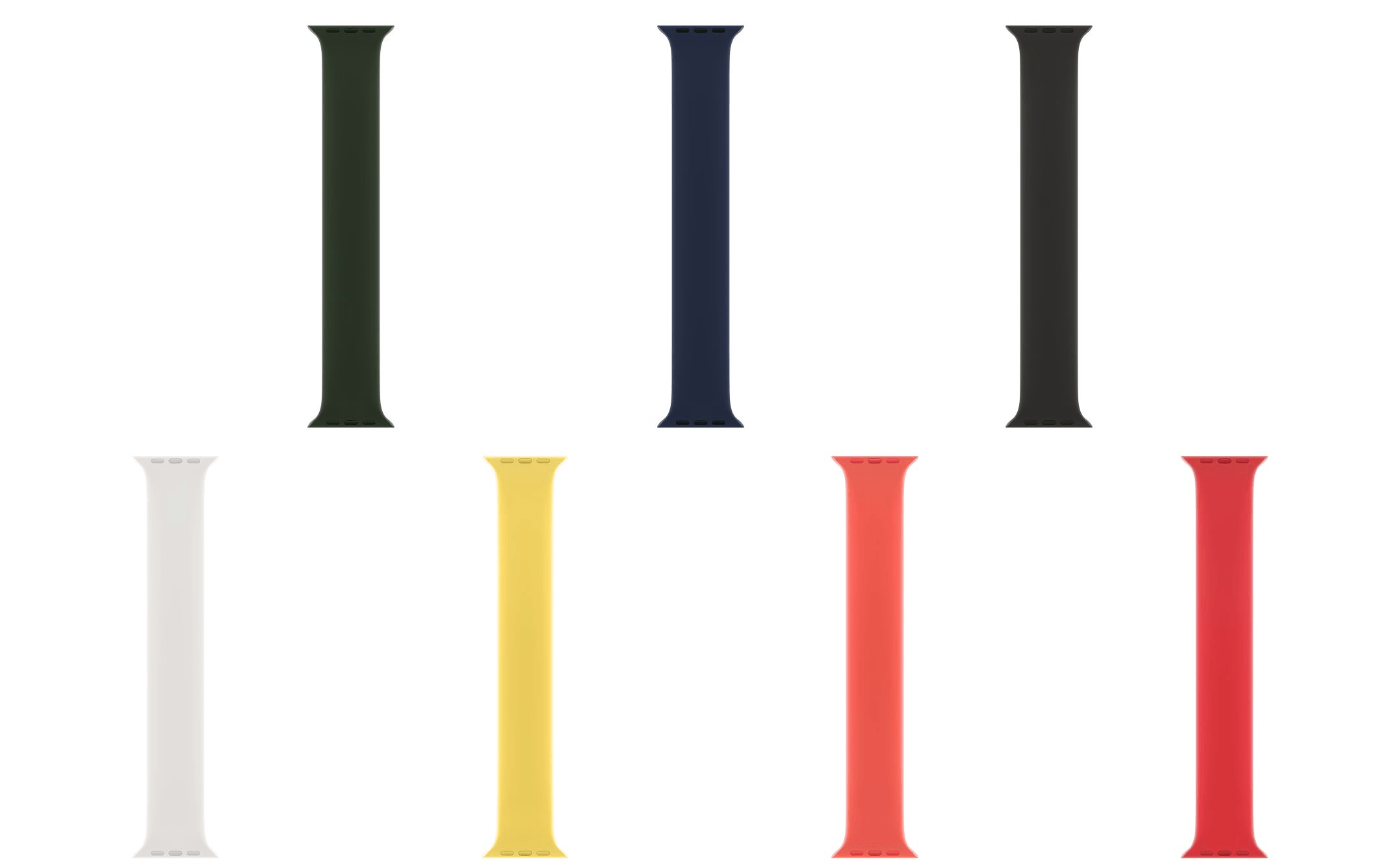 Among the many bands introduced by Apple were the new Solo Loop, which comes in seven colors. 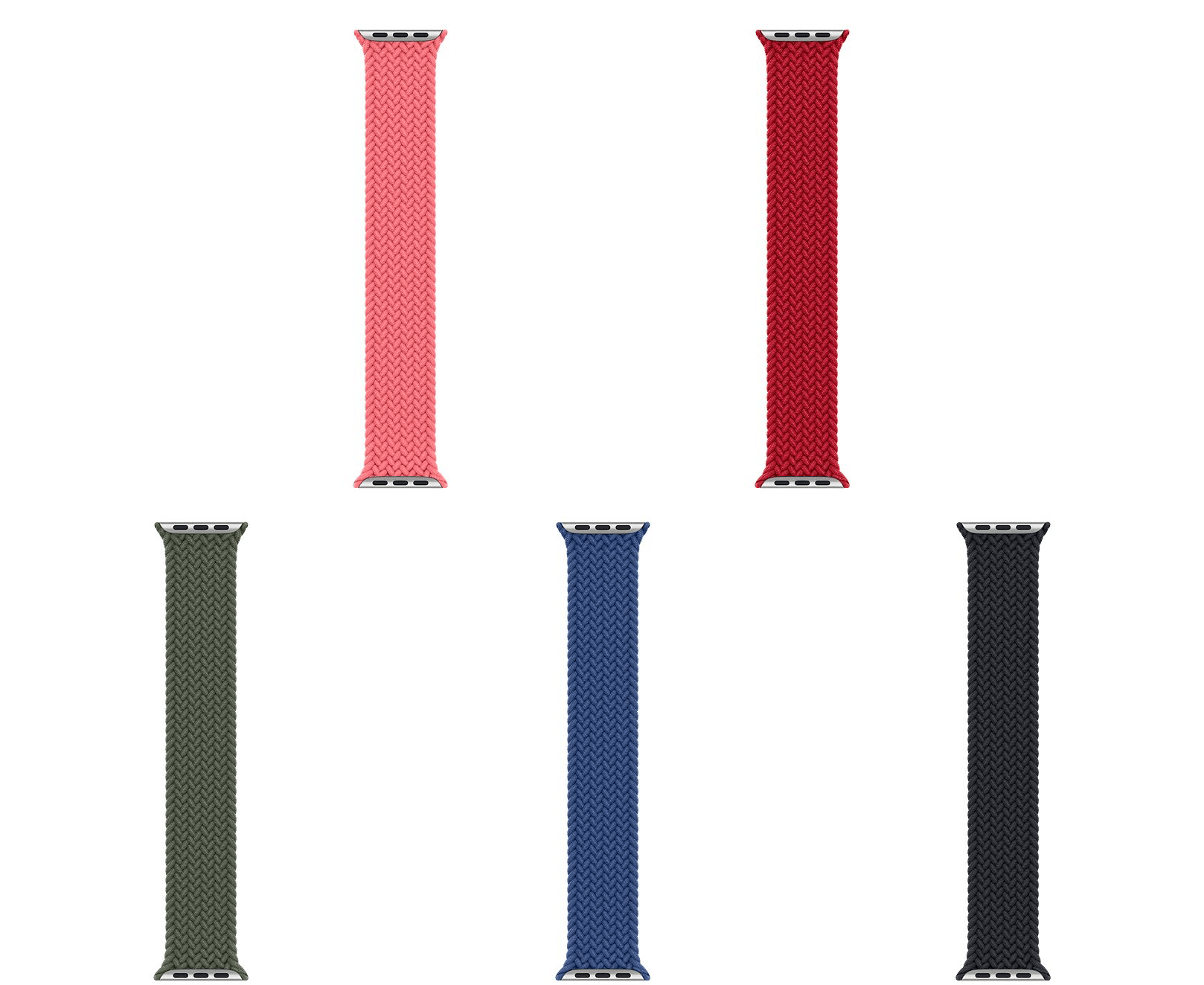 There are five colors of Braided Solo Loop bands.

Of course, there is a long list of new bands, including the all-new Solo Loop and Braided Solo Loop. Both bands come in a variety of different sizes across the two case sizes. To figure out which size is best for you, Apple has provided a PDF guide that you can print and wrap around your wrist. New color combinations and Hermès bands have been added too.

According to John Gruber at Daring Fireball, it should be possible to purchase more than 2TB of iCloud storage as an add-on to the Apple One service bundle:

“Worth noting: According to the short FAQ at the bottom of Apple’s web page for Apple One, “You can purchase additional iCloud storage separately to supplement what’s included with your Apple One plan”. This includes, I am reliably informed, being able to purchase an additional 2 TB if the included 2 TB in the Premier tier isn’t enough for your family. (4K video clips add up.)”

I’ve gotten by fine with the 2TB plan, but for anyone taking a lot of 4K videos, adding even more storage is an excellent option to have.

Finally, AppleCare+ received improvements yesterday too. The protection plan has been expanded to cover two accidental damage incidents per year. Also, theft and loss deductibles have been lowered, which makes the service a better buy than previously.