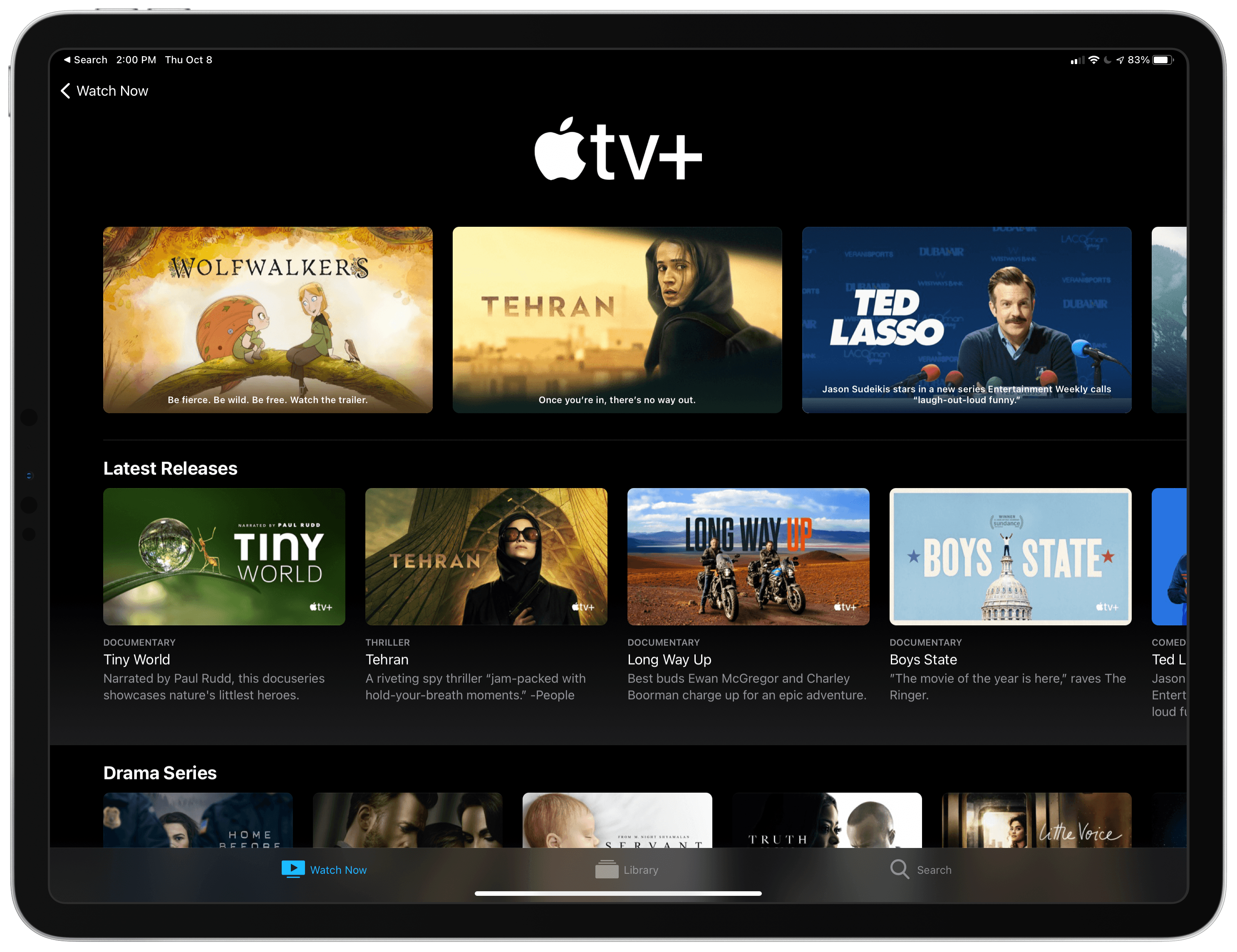 9to5Mac reports that Apple is automatically extending the free trial for TV+ for existing customers. The free trial available to customers who purchased certain Apple products after September 2019 will be extended until February 2021, adding up to three months more for free. People who are paying monthly or annually for the video streaming service will be given an equivalent amount of store credit that can be used to purchase any content on the iTunes Store.

According to Benjamin Mayo of 9to5Mac:

These refunds and extensions will be automatically applied to user’s accounts, so customers won’t have to do anything at all to take advantage of Apple’s generosity. Email notifications will be sent out in the coming days.

Separately, Apple announced today that season two of Dickinson will begin on January 8, 2021, which anyone with the extended TV+ free trial will now be able to begin watching before signing up for a paid plan.

I’m not surprised that Apple is extending the TV+ free trial. TV shows from TV+ and other services have been interrupted worldwide due to the pandemic. By extending the free trial, Apple has a chance of hooking viewers on the second season of some of their favorite shows, making it more likely that they will stick around as paying customers after the trial expires.