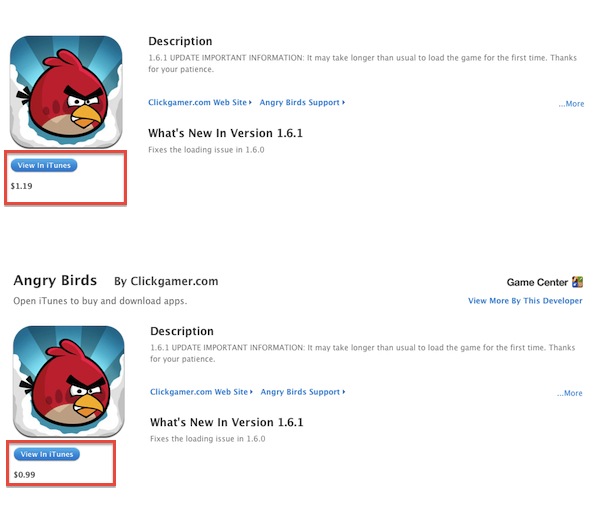 As we reported earlier today, the downtime of the iTunes Store last night and iTunes Connect today seems to be bringing along some interesting price changes for apps and other material available in the iTunes Store worldwide. Whilst we’re still examining the changes (which are rolling out as we speak), we’re getting the first reports of increased prices in the UK for apps (from £0.59 to £0.69 for apps sold at $0.99 in the United States) and lower prices in the Australian iTunes Store. The change for UK customers is a rather important one, raising prices for “cheap apps” – it’ll be interesting to notice how this will affect sales, as writer Craig Grannel points out. 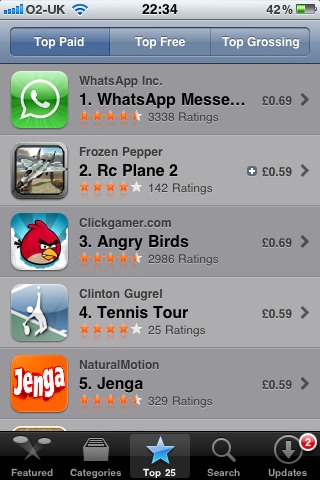 For instance, Angry Birds is now priced at $0.99 in Australia, but as you can see from the screenshots of Google’s cache it was available at $1.19 until a few hours ago. Same for iPhoto for Mac, which was sold at $17.99, but it’s now available at $15.99. We’ve only looked at App Store prices for now, which still aren’t perfectly in line with exchange rates (Apple likes to keep a margin for future currency fluctuations, apparently), but they’re undoubtedly better for Australian customers. At the moment of writing this, we’re not seeing any fluctuation in the Italy or New Zealand stores – apps priced at $0.99 in the US are still sold at €0.79 in Italy. 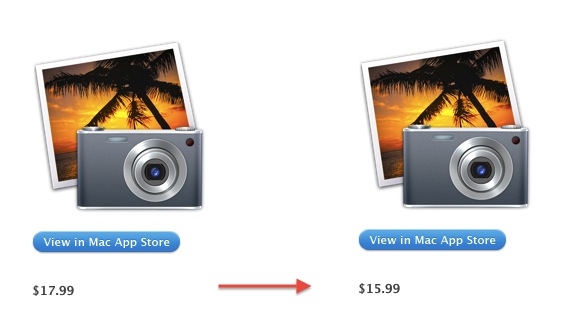 We’ll have a full report on the iTunes pricing changes in a few hours, and in the meantime we’ll keep looking for updates in the various international Stores. Check out our previous iTunes Store coverage for more details on pricing discrepancies, which Apple has seemingly fixed today (we’ll update charts in that article as well later today).