Following major updates to its iLife and iWork suites of apps for iOS and OS X, Apple has also released updates for some of its other App Store apps today. 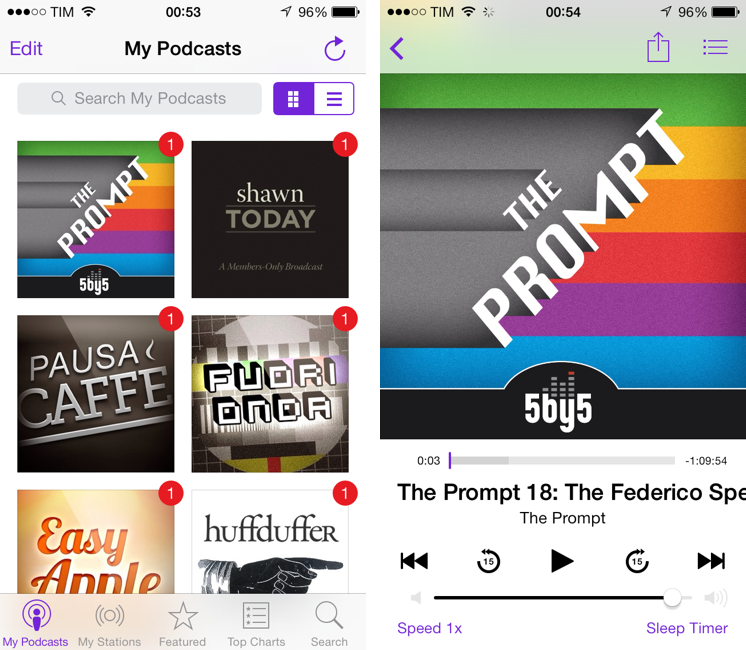 Podcasts 2.0. Apple’s official Podcasts app for iOS has been updated to version 2.0, which sports a complete iOS 7-themed redesign that gets rid of every last bit of skeuomorphism that was left in the app and adopts a cleaner, simplified look with purple UI accents.

In terms of new features, Apple added support for iOS 7 background downloads to the app, allowing Podcasts to ask the user to always download new episodes in the background without having to open the app. Each of your podcast subscriptions comes with a Settings area that can be used to tweak the refresh rate to check for new episodes (default is every 6 hours) and adjust play and sort order.

Podcasts from the iTunes Store are now available in the new Featured tab, and Top Charts can be viewed as lists. There is a new search tab to look for podcasts on iTunes, and, in the Now Playing screen, you can tap on the podcast’s artwork to show an episode’s description. Alas, it appears the app still doesn’t support show notes for episodes, which aren’t displayed at all.

Podcasts 2.0 is available on the App Store. 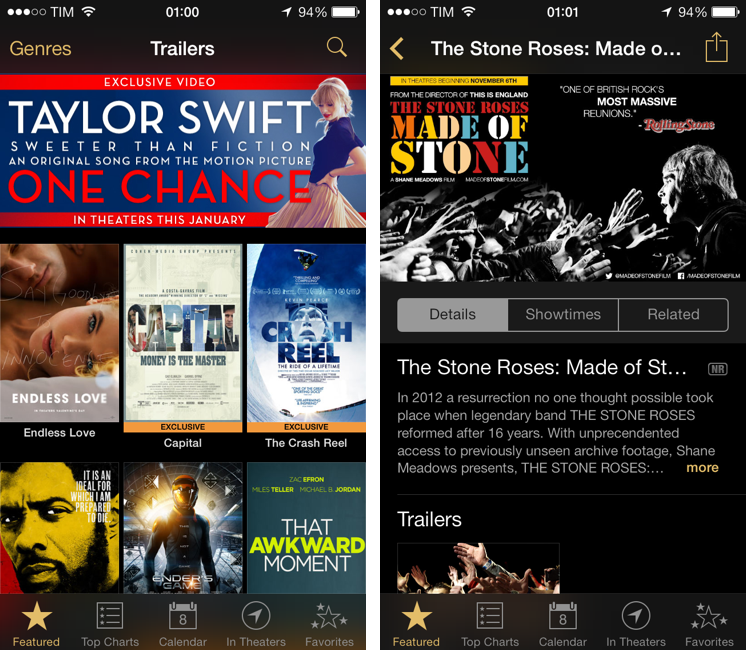 iTunes Movie Trailers 1.3. Reaching version 1.3, iTunes Movie Trailers sports an iOS 7 redesign and no major new features. The app has a new icon, and the interface adopts a black theme with gold highlights for other icon and UI elements. There’s a nice contrast between the dark background and colorful movie posters and thumbnails, and the app makes nice use of blurs and transparencies for various menus throughout the interface.

iTunes Movie Trailers 1.3 is available on the App Store. 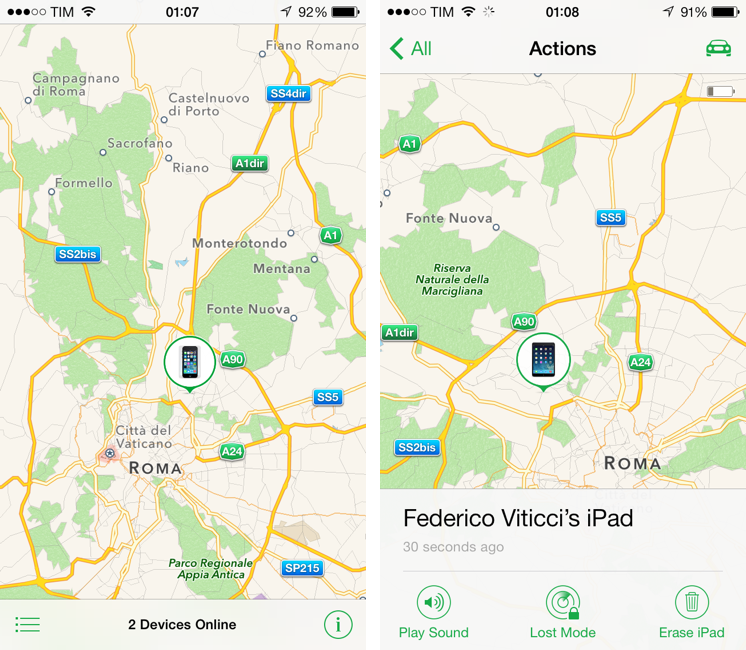 Find My iPhone 3.0. Last, Apple’s iOS app to locate, find, and manage lost iOS devices has been updated to version 3.0, which also features a new iOS 7 design. The app is now primarily a map view with white toolbars and redesigned green icons for iOS 7. Interestingly, Apple isn’t using a regular sharing menu for the Actions available at the bottom of the screen opting for a bar that you can tap instead.

Find My iPhone 3.0 is available on the App Store.