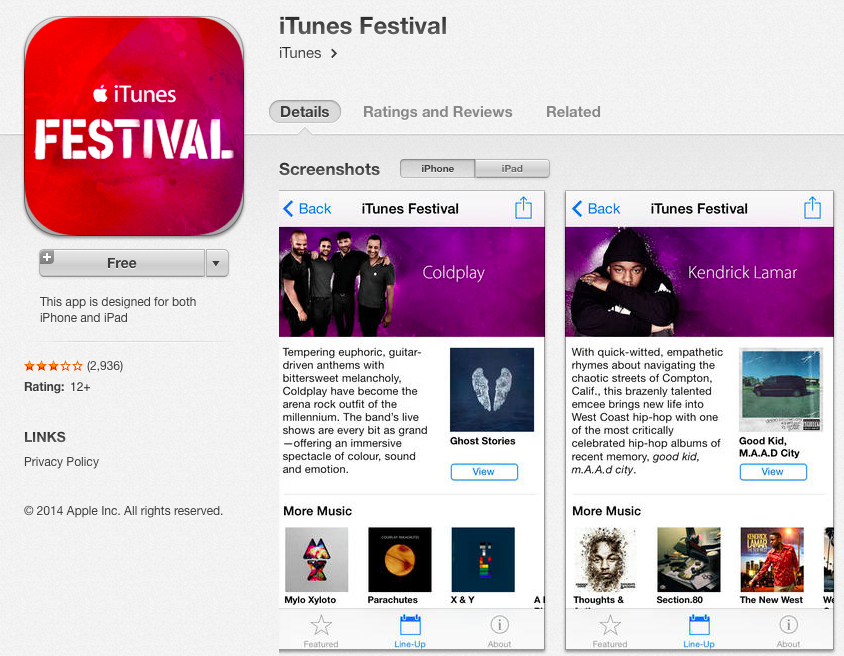 Apple pushed version 5.0 of its iTunes Festival app on the App Store today, updating the app’s UI for iOS 7 and the upcoming iTunes Festival at SXSW, which starts next week on Tuesday, March 11.

The app, which can be opened on iTunes or the App Store through this link, isn’t however available for download at the moment. While the link redirects to the app’s iTunes page that shows updated screenshots, icon, and changelog, the app can’t be downloaded, as iTunes returns an error that says that the item is “temporarily unavailable”.

According to recent speculation by Daring Fireball’s John Gruber, Apple was preparing an update to the iTunes Festival app to launch alongside iOS 7.1, which, according to his sources, will be required to run the updated app. On iTunes, technical requirements for iTunes Festival 5.0 don’t mention iOS 7.1 and report that “iOS 7.0 or later” is required, though the fact that the app can’t be downloaded may indicate an early release by Apple.

Update: According to initial reports via Twitter, it appears that the updated iTunes Festival app can be downloaded on some international App Store and run using the current version of iOS – iOS 7.0.6.