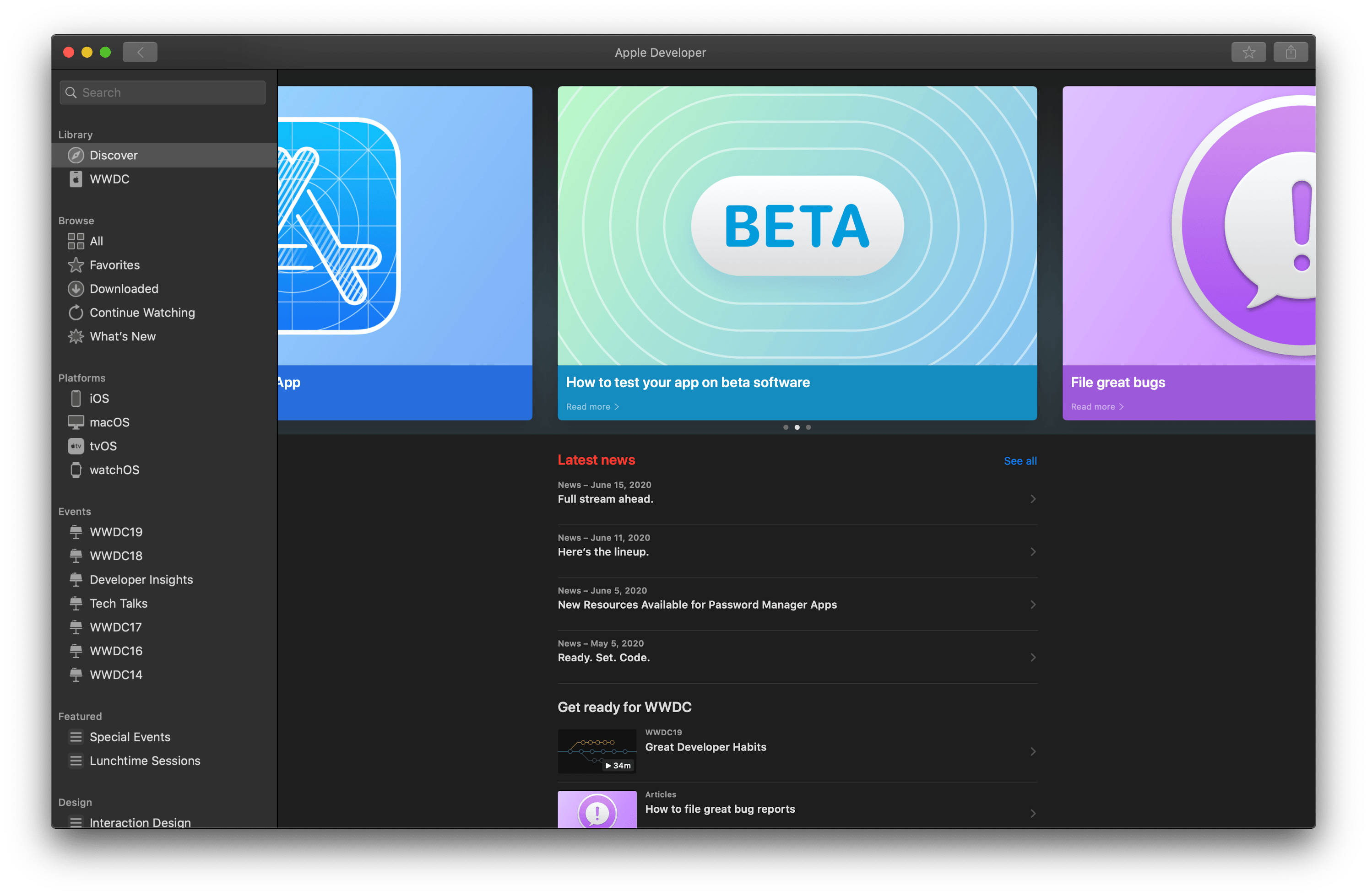 Apple has updated its Developer app, which serves as a companion to developers for WWDC and a way to access past years’ session videos and other content year-round.

For the first time, there is now a Mac version of the Developer app, which appears based on Apple’s Mac Catalyst technology. The new app includes a left-hand sidebar that presents the same written and video content found in the iOS and iPadOS versions of the app. The iPhone and iPad versions of the Developer app have also been updated with a redesign of the Discover, Browse, and WWDC tabs and the option to mark Discover articles as favorites.

Apple’s developer website has new information about Labs and the Apple Design Awards too. Next week, one-on-one developer labs can be requested on Monday from 3:30 pm to 6:00 pm Pacific and Tuesday through Thursday from 6:00 am to 6:00 pm. According to Apple, “Requests will be reviewed and you’ll receive an email with your status within several hours.” Lab appointments will range from 10-55 minutes in length via a Webex audio call with an Apple engineer. Apple’s developer portal also says that the Apple Design Awards will be held on June 29th, the Monday after the online conference concludes.

It’s fantastic to have a dedicated Developer app on the Mac for the first time. The change will make it easier than ever to pick up where you left off with videos no matter what platform you’re using. The labs are about what I expected Apple would do. I’m not sure what to make of the ADAs coming the week after the conference. Perhaps Apple simply wasn’t ready in time.

Apple’s Developer app is available as a free download on the App Store.