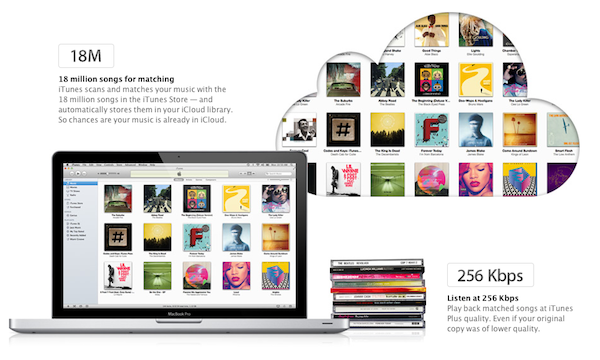 According to a report by Greg Sandoval at CNET, Apple may announce international support for its iCloud music service at the media event scheduled for next week. Apple is said to be in negotiations with record companies and music publishers to gain worldwide music rights for iCloud, although CNET reports nothing has been signed yet, but if negotiations wrap up in time there could be an announcement on Tuesday.

Whilst CNET mentions “access to iCloud”, iCloud music rights most likely refer to the specific iTunes Match service; however, another music-related feature of iCloud – iTunes in the Cloud – is also being tested in the US-only at the moment, as it can be seen on Apple’s international iCloud pages. It’s not clear whether CNET is referring to iTunes Match, iTunes in the Cloud, or both – thus bringing full iCloud access for music worldwide.

Managers at iTunes are trying to lock down worldwide cloud-music rights, CNET has learned.

Some of the countries that could receive access to iCloud include Germany, France and the United Kingdom, the sources said.

iTunes Match, originally previewed at the WWDC in June, is set to publicly launch this Fall in the United States. Apple hasn’t detailed a public plan for an international rollout of the service, which is currently in beta and requires a US iTunes account with credit card on file. The service costs $24.99 per year for 25,000 songs, but iTunes purchases won’t count against this limit. iTunes Match was previously rumored to be coming to the UK in 2012, however CNET has a solid track record in reporting Apple’s negotiations with the music labels and publishers, correctly predicting ahead of WWDC that Apple would announce a new cloud-based music service.