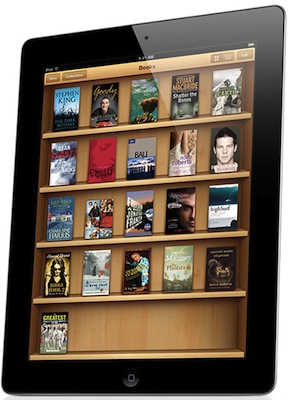 Apple is holding an education-themed media event at the Guggenheim Museum in New York on Thursday, with rumours suggesting it will heavily revolve around textbooks and the iBooks platform. Ars Technica is this morning reporting that part of the event will also be the announcement of a “GarageBand for e-books”.

The gist of this idea is that whilst anyone can create an ePub for iBooks distribution, the process is not simple - particularly if you want to go beyond the basics and add multimedia or other interactive elements. Ars Technica’s sources say Apple will announce a tool on Thursday that makes the process of creating iBooks easier. Ars points out that Apple doesn’t want to get in the textbook or book industry, just like they don’t want to enter the movie industry as content creators. Instead they have offered tools from GarageBand and iMovie to Logic and Final Cut Pro to allow anyone from consumers to professionals to create content.

The current state of software tools continues to frustrate authors and publishers alike, with several authors telling Ars that they wish Apple or some other vendor would make a simple app that makes the process as easy as creating a song in GarageBand.

Ars also believes that Apple will announce support for the ePub 3 standard in iBooks on Thursday. Apple had used the ePub 2 standard along with some HTML5-based extensions for further multimedia and interactive elements, but the new standard removes the need for the proprietary extensions - ensuring that ePubs are compatible across platforms.