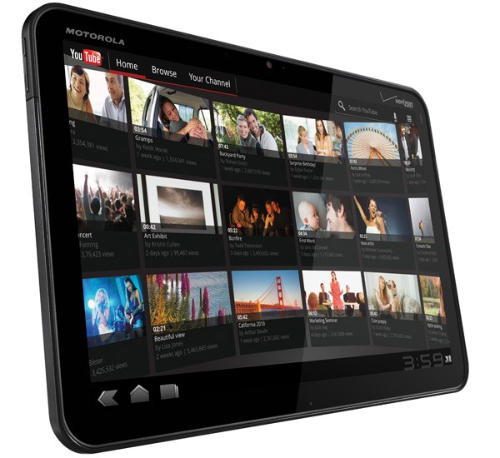 Just after we reported on Samsung’s injunction in the European Union, FOSS Patents has dug up some hidden information pertaining to Apple’s patent battle (currently over 40+ patents are in dispute) with Motorola. In Apple’s complaint against Samsung, Apple details that prior to (or simultaneously) filing for the preliminary injunction against Samsung, Apple filed a similar complaint against the design of the Motorola Xoom. The passage uncovered by Florian Mueller doesn’t explicitly state whether Apple filed for a preliminary injunction against Motorola, although he assumes the complaint would be EU-wide.

A preliminary injunction, however, has been obtained by Apple against another company named JAY-tech for a tablet (the operating system was unspecified, but Mueller assumes it was Android).

Apple’s dispute with Motorola began in October 2010, but so far it was not known that it has also branched out to Europe – just like Apple’s disputes with Samsung and HTC. In the U.S., an ITC hearing was due later this month on Motorola’s complaint against Apple, but due to the retirement of Chief Administrative Law Judge Paul Luckern it was postponed.

Apple might not be able to file a preliminary injunction against Motorola in this case as the German courts frown upon cases where the rights holder has been aware of the infringement for a long time (over a month for example). The Xoom, released in the Spring, would have been on Apple’s radar long enough for them to be unable to seek a preliminary injunction since there’s no sense of “urgency”.

[FOSS Patents via The Next Web]