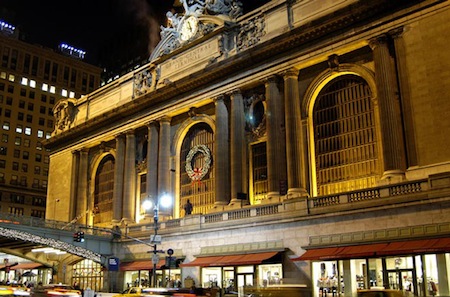 Two weeks ago, The New York Observer reported Apple was planning on opening a new store in Grand Central Terminal, the popular and crowded retail hub a mile away from the existing Apple Store in Fifth Avenue. Today, according to a rumor posted by Cult Of Mac, Apple is actually aiming at a September opening for the new Store, which will be Apple’s largest retail location in the world – even bigger than the Apple Store in Covent Garden, London, which  is about 40,000 feet.

Cult of Mac reports the store already has been provided the name “Apple Store, Grand Central”, and the main purpose of this opening is to take the pressure off the Fifth Ave. one and build an impressive store to celebrate the 10th anniversary of Apple Retail.

The Observer said Apple isn’t expected to take one of the traditional retail spaces, but will locate right in the terminal.

Our source suggested that Apple may be taking walls down — but didn’t elaborate.

The terminal sees more than 700,000 visitors a day, most heading for trains or subway. But about 250,000 come to look at Vanderbilt Hall or eat at the 35 restaurants, including the historic Oyster Bar on the lower level.

Apple has also been rumored to be considering a revamp of the current Palo Alto store and a launch of a new location in the suburbs of Paris.